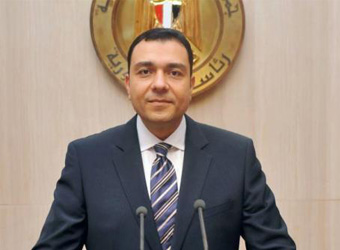 “Egypt will not allow any meddling in its historical rights to a certain share of Nile water. We are in constant communication with the Ethiopian side in order to reach an agreement that protects the interests of both the Ethiopian and Egyptian people,” added Fahmy.

However, Egypt does not oppose or stand in the way of any developmental projects in Africa as long as it does not affect Egyptian national security, he said, adding that Morsi is keen on ensuring successful cooperation with all African nations on the water issue.

President Mohamed Morsi’s meeting with the foreign and water supply ministers discussed the Ethiopian Grand Renaissance Dam project “from all perspectives, as it is a matter of national security”, his spokesman said.

In addition to meeting Minister of Foreign Affairs Mohamed Kamel Amr and Minister of Irrigation and Water Supply Mohamed Bahaa Al-Din, the president also met with the interior and defence ministers and the intelligence services chief.

“The meeting discussed the latest developments in Sinai and how best to rid it of criminals and terrorists, but the Ethiopian dam was also on the agenda and all options in dealing with it were discussed,” Fahmy said.

The Ethiopian government announced on Tuesday it was beginning to divert the water from the Blue Nile ahead of construction of the Grand Renaissance Dam.

A number of concerns have been raised by Sudan and Egypt regarding the Grand Renaissance Dam since the start of its construction in April 2011. Egypt sent a delegation to Ethiopia in 2011 to inspect the site and the plans for the dam in order to ensure water allocation will not be affected.

In April this year, the head of the Fisheries Authority, Amani Ismail, expressed concern over the building of the dam, claiming it would cause Egypt and Sudan to lose out on 18 million cubic metres of water and reduce the electricity produced by the Aswan Dam by approximately 25 to 30%.