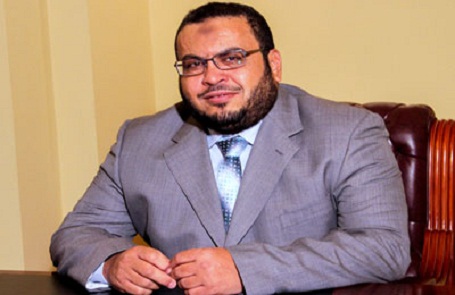 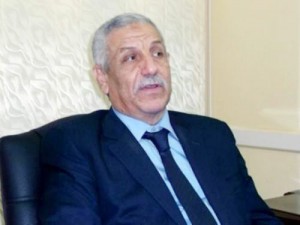 Born in 1951, Adel Asaad Al-Khayat is a member of Al-Jamaa Al-Islamiya in Sohag. He graduated from Assiut University with a degree in civil engineering. During his time as a student, he was Al-Jamaa Al-Islamiya’s candidate for Student Union President in 1979.

Al-Khayat served treasurer of the Engineers’ Syndicate in Sohag for ten years. According to the Building and Development Party he did not hold any leadership positions in Al-Jamaa Al-Islamiya or the group’s political wing prior to his appointment as Governor of Luxor.

Al-Khayat was arrested following the assassination of former President Anwar Al-Sadat for belonging to Al-Jamaa Al-Islamiya, the group which claimed responsibility for an attack at the Temple of Hatshepsut that killed 62 people in Luxor in November 1997.

Suleiman is the secretary of the Freedom and Justice Party in Beheira. According to the Muslim Brotherhood’s political wing, Suleiman was arrested approximately ten times over the span of five years beginning in 2005.

Hassan Al-Rifaee, the newly appointed Governor of Ismailia, was a member of the board of directors for the Canal Company for Electricity Distribution. Al-Rifaee is a native of Ismailia and received his bachelor’s degree in electrical engineering from Suez Canal University. 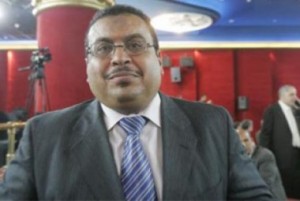 He was also a coordinator for the ministry and worked to establish branches of the Egyptian Environmental Affairs Agency across governorates, working with a number of foreign and local environmentally-focused NGOs. 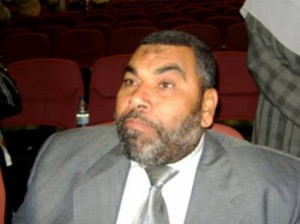 Ahmed Shaarawy, the new governor of Menufiya, holds a bachelor’s degree in engineering from Cairo University. He served as a general manager for the Suez branch of the Arab Contractors company and was the administrator responsible for the female branch of the Muslim Brotherhood. He has also been a member of the Brotherhood’s planning and development committee. 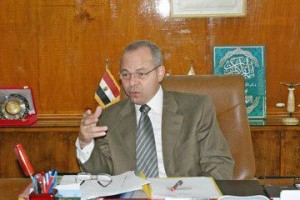 Born in Daqahleya in 1954, Bebars graduated from law school and held several posts in the judiciary including director of Maadi prosecution, head of North Cairo prosecution,general attorney of Giza governorate, and head of Cairo Court of Appeals.

He also headed up the post-revolution fact-finding committee established in 2011 and was appointed Beni Suef governor by former Prime Minister Essam Sharaf under military rule. 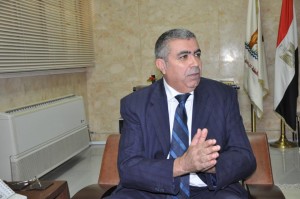 He has held several key military posts over the year, the most important of which being a member of SCAF, head of National Media Council in 2011, and governor of New Valley governorate. He holds more than eight military medals, including 6 October and the First Class Military Duty Medal.

Al-Ghandour has held several military posts and previously served as the director of the electronic warfare department of the Armed Forces. 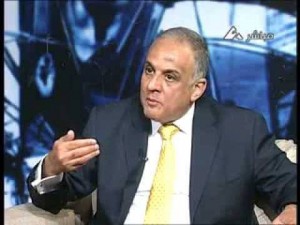 He received his PhD from Ain Shams University’s Faculty of Law in 1986 and has authored several legal books.

Khedr recently called the upcoming 30 June protests “the strongest test to the Ministry of Interior”, adding that the police should adhere to securing the protests and state institutions in equal measure.

Governor Maher Bebars was moved to Alexandria and replaced by Adel Abdel Moneim Ahmed, member of the supreme committee of the Freedom and Justice Party (FJP).

In 2005 Ahmed became a professor of physiology and was later elected dean of the faculty after the revolution. He has also held posts in the Syndicate of Scientific Professions in Beni Suef, including vice president of the syndicate and head of the housing committee.

As a prominent FJP member, he supervised the political files and the parliamentary work of Beni Suef MPs until 2008. 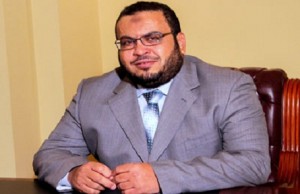 Abul Ezz holds a bachelor’s in mechanical power engineering from Mansoura University’s Faculty of Engineering, where he was a member of the students’ union.

Abul Ezz has been a professor at the university since 1992 and has held the post of treasurer of the Egyptian Syndicate of Engineers.

Muslim Brotherhood member Gaber Abdel Salam replaced Ahmed Ali as governor of Fayoum. Abdel Salam, an engineer, was born in 1958 and is a Fayoum native. He received a bachelor’s degree in electric engineering from Menufiya University in 1982 and went on to work for a water sanitation company in Fayoum.

Through his involvement with the foundation Abdel Salam had recently worked with his predecessor on compiling a comprehensive database on the governorate as well as a proposal for a minerals extraction plant last December. 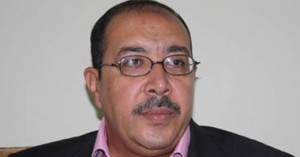 The new Gharbiya governor Ahmed Al-Billy is a longstanding Muslim Brotherhood member and longtime head of the group’s Damietta executive office. He was born there in 1955 and graduated with a bachelor’s degree in pharmacy studies from Alexandria University in 1978 before returning to Damietta to work as a pharmacist.

He was successful in local elections in the 1990s, winning a seat as a member of the governorate’s local council from 1992 to 1996 where he was deputy chairman of the council’s planning and budget committee. He was also elected secretary general of the Damietta pharmacists’ syndicate repeatedly from 1982 to 2011.

Despite his long history of political work in Damietta, Al-Billy was appointed governor of Gharbiya rather than his home governorate.

Al-Billy is known for his hard-line views, having once published an article on the Brotherhood’s official website denouncing younger generations for “raising their voices at their supervisors”, “demanding apologies from them when they make mistakes”, and “daring to look them in the eye.” The article also suggested that anyone who leaves the Brotherhood is a hypocrite and that any splinter groups are doomed to fail.

The new governor of Daqahleya, Sobhy Atteya, was born in 1961 in Kafr Al-Sheikh. He obtained his Bachelor of Arts degree from airo University, as well as a doctorate in antiquities. He began his tenure as a professor at Mansoura University in 2009.

He has received such military medals and orders as the Second Degree Order of the Republic.