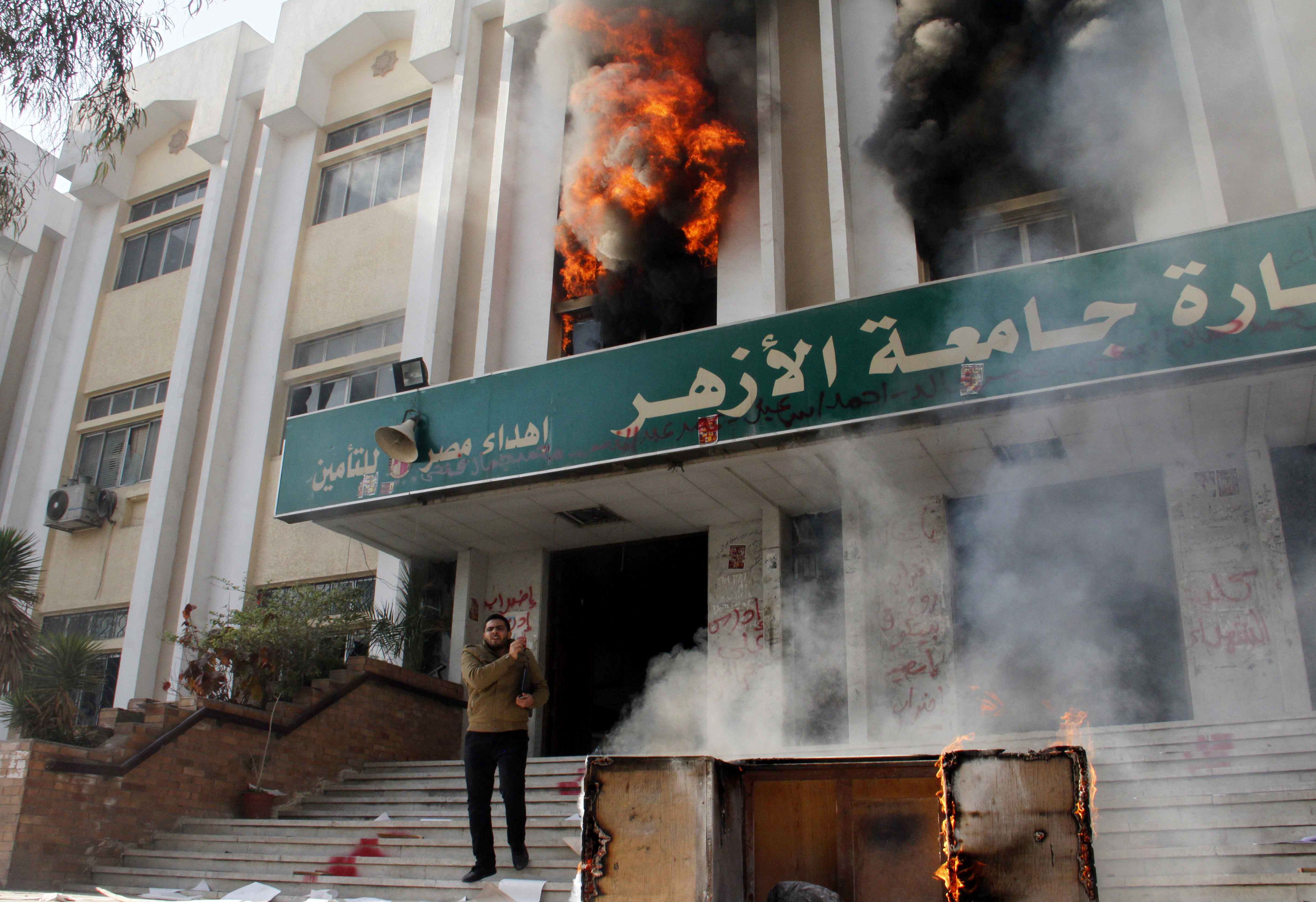 The Qasr Al-Nil Misdemeanour Court Tuesday ordered the release of 11 detainees who were arrested 8 January during a protest showing solidarity with previously arrested protesters.

The detainees included two minors, who were both released without bail. The other nine detainees were released on an EGP 200 bail each.

The 11 are accused of unlawful assembly, protesting without a permit, assaulting public employees, stalling traffic and displaying force, according to a statement released by the Association for Freedom of Thought and Expression. Their detention had been repeatedly renewed, pending investigation.

Among the detainees is Fady Samir, a 19 year-old student at Don Bosco Italian School, who, according to his mother, was handed to the police by street vendors while on his way to the metro. Following his arrest, Samir was moved from one police station to another, and was allegedly beaten in Abdeen Police Station. Samir missed his midterms during the period of his preventive detention, which lasted more than a month.

Most of the 11 detainees were protesting on 8 January in Talaat Harb Square in downtown Cairo. The protest was assembled to call for the release of a group of detainees, including Ayat Hamada, a female freshman at Al-Azhar University, who was arrested during clashes outside the university campus on 28 December.