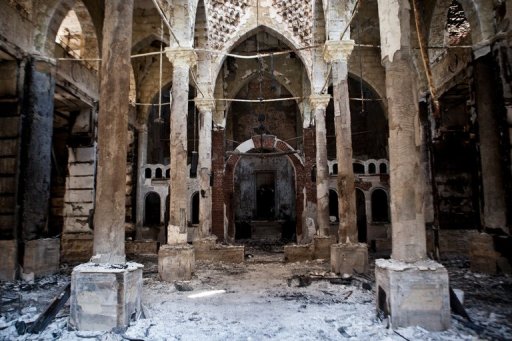 Five NGOs expressed their regret for not receiving “adequate answers” to key questions raised in a meeting, held on Monday, with the fact-finding committee tasked with investigating incidents of violence since 30 June.

There were no clear answers during the meeting and sometimes, there were “no answers at all,” the five NGOs said in a joint statement.

However, the NGOs, which include the Egyptian Initiative for Personal Rights and the Cairo Institute for Human Rights Studies, added that they are committed to offering the committee any possible form of assistance that may guarantee the successful implementation of the committee’s work. The meeting on Monday was initiated by the committee and formed by decree by interim President Adly Mansour, which called on NGOs and public figures to attend the meeting for consultation and to express their views.

The NGOs criticised the presidential decree, which does not oblige the committee to publish its findings to the public. “The lack of this obligation was one of the main reasons for failures of fact finding committees in the past,” the joint statement read.

The decree states that the committee hands its report to President Mansour, and only he has the authority to publish it to the public.  Secretary General of the fact finding committee Omar Marwan said after the meeting that the final report that will be handed to the president may contain a recommendation to the president to publish results, state-run MENA reported.

The NGOs said: “One of the basic conditions of forming a fact finding committee is the end of the practice of violations that [it] was formed for, which has not happened so far, casting doubts on the availability of a political will to take the committee’s work seriously,” the NGOs said.

The NGOs also addressed the lack of clarity regarding the committee’s authority in accessing documents, files and necessary information from government and security apparatuses, officials and individuals. They also raised questions concerning the committee’s authority to summon any individual, inspect any place, and meet witnesses in complete secrecy and without intervention.

The NGOs added that no official mechanism exists for following up on the committee’s work. They recommended that, for the purposes of transparency, the committee set up an official website and routinely update it with its work.

Additionally, they expressed fears regarding the committee’s independence and impartiality. The committee asserted to the NGOs that it is completely “independent from the authority that formed it” and that it is impartial.

Ousted president Mohamed Morsi ordered in July 2012 the establishment of a fact-finding committee to look into all human rights violations which started with the 2011 revolution; however, the reports the committee produced were never published.