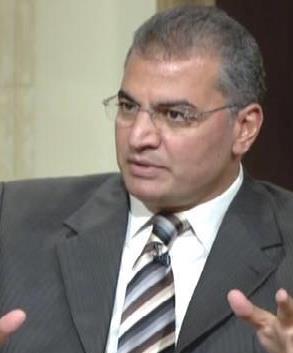 Sultan, who is facing charges of physically and verbally abusing police officers, attended his hearing in the Tora Prison complex, where he is also being detained. During the hearing, Mohamed Selim Al-Awa, acting as lawyer for the defence, demanded that his client be treated humanely in detention and be allowed time for exercise and prayer, according to state-owned Al-Ahram.

During the hearing, Sultan also demanded that the court step down from the case, because it issued an opinion on the defence’s motions.

Earlier this month, Sultan alleged that he was being tortured in prison through deprivation of warm clothes, and for 16 days had been denied food or drinkable water, Al-Ahram reported.

In October, a delegation from the National Council for Human Rights visited Sultan, among others, at Tora Prison. The deputy party head did not report ill treatment at the time.

Sultan was detained in July shortly after former president Mohamed Morsi’s ouster, along with Abou El-Ela Mady, chairman of the moderate Islamist party. Sultan was accused of inciting the torture, kidnapping and murder several citizens near the pro-Morsi sit-in at Rabaa Al-Adaweya, and inciting the burning of public property.

Sultan in January was also referred to court along with Morsi and 24 others for insulting the judiciary. The defence for that case includes senior Muslim Brotherhood leaders, other Islamists, and independent politicians and activists.

Morsi’s former spokesman Yasser Ali’s detention was extended 15 days on Wednesday. Ali, who was arrested on 31 December, is being investigated for aiding former Prime Minister Hisham Qandil in his alleged failed escape from the country.

Prosecution accused Ali of hiding Qandil in a Dokki apartment. Qandil was arrested in December a few days before Ali, and police alleged he was found trying to escape to Sudan. He was sentenced to one year in prison in April 2012 for failing to implement an Administrative Court verdict annulling the privatisation of Tanta Flax and Oil Company.