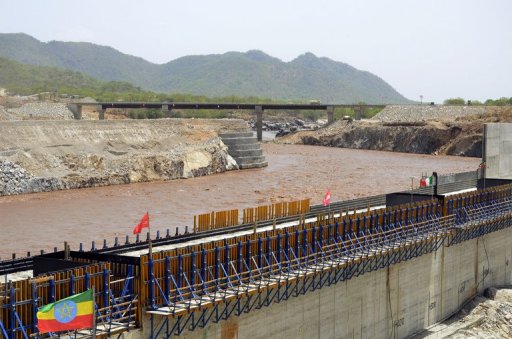 Egypt and Ethiopia agreed Thursday to form a joint committee within three months to streamline discussions on the Grand Ethiopian Renaissance Dam (GERD), the countries’ Foreign Ministers announced in a joint statement.

Egyptian Foreign Minister Sameh Shoukry called the agreement between the two Nile Basin nations “new impetus for cooperation and consultation”. Shoukry also said it provided “consensus in all aspects of relations between the two sides, bilateral and regional [and] in the fields of political, economic,  social development.”

The statement outlined seven steps for the continuing construction of the dam, which has in the past caused strained relations between the nations.

Both nations hailed the agreement as a “new chapter in relations between Egypt and Ethiopia…based on openness and mutual understanding and cooperation.”

The statement also noted that the agreement laid the foundations for “mutual commitment” based on principals or respect and cooperation between the nations. Both foreign ministers acknowledged the Nile “as a key resource for the life of the people of Egypt”.

The agreement was formulated by the foreign ministers, while directly overseen and endorsed by Egyptian President Abdel Fattah Al-Sisi and Ethiopian Prime Minister Hailemariam Desalegn.

Egypt and Ethiopia have been locked in a diplomatic dispute relating to the construction of the GERD, which reached a peak in 2013. Egypt, which utilises more Nile water than any other country, fears the dispute will have a detrimental effect on its share of Nile water. Egypt uses 55bn cubic metres annually, as stipulated in agreements signed in the absence of Ethiopia. Talks stalled recently due to disagreements over the formation of a panel to implement recommendations made by an international panel of experts.

In 2013, while serving as Minister of Defence, Al-Sisi rejected the idea of using military force to resolve water issues. At the time, he said that Egypt would look for a peaceful resolution to differences while moving forward.

Al-Sisi said during talks with Adhanom earlier this month that constructive dialogue is the best way to achieve mutual understanding. He stressed the depth of ties between the two countries and described the Nile River as “the artery that connects the people of Ethiopia and Egypt”.