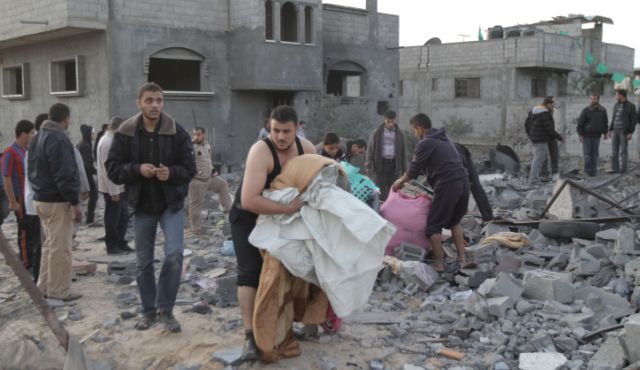 For six months, Abo Mourad’s family made shifts every night, some of them sleep and some awake. The family slept in “outside clothes” after they received a demolition order from the Israeli government, but one day the police gave them a break to sleep and get back to their pyjamas:  a ten-day notice to evacuate the house.

This is how the 23-year-old Sanaa describes her family’s experience losing their home in East Jerusalem, in the study “We may go, but this is my home: Experiences of Domicide and Resistance for Palestinian Children and Families”.

The recently published study by Bree Akesson, assistant professor at Lyle S. Hallman Faculty of Social Work in Wilfrid Laurier University in Ontario, Canada, explores the experiences of Palestinian families who have lost their homes.

The experiences are termed ‘domicide’, or deliberate home destruction, with the study discussing what home means to them.

Palestinians in exile represent the largest refugee community in the world, said Akesson. The history of Palestine and the fact that there is no potential solution or expected end, make their situation very unique.

“Palestinians are identified with their place which is Palestine,” she said, “Yet, they are not there.”

Home is usually perceived as a positive place that is associated with protection, family or identity, she said. In cases of war or conflict, like the case in Gaza, home has a negative association with fear or insecurity.

“It’s very disorienting for people to lose their home,” she said, “most people everywhere are very attached to their homes.”

Almost 11,000 houses were completely destroyed in the last war in Gaza, according to the United Nations Relief and Works Agency for Palestine Refugees in the Near East (UNRWA). About 37,000 houses were exposed to substantial damage, but are still inhabitable.  Around half a million people have been displaced, according to UNRWA.

Over 28,000 houses have been completely demolished since the beginning of the Israeli occupation of Palestine in 1967, according to The Israeli Committee Against House Demolition (ICAHD). The Israeli government “selectively transfers” middle-class, young, educated, and economically active Palestinians out of East Jerusalem and the West Bank. Through the Civil Administration, Israel’s military government, the Israel Defense Forces can expropriate any land in the West Bank for “immediate military purposes”, and turn it into Jewish settlements, reported ICAHD.

The definition of home varies between Palestinian families in exile, said Akesson. The meaning of home, to some people, is related to the physical structure. To others, it revolved more around social elements like family or the community they were a part of, the nation-state or even the broader diaspora where other Palestinians are.

“The definition depends on what kind of experience they have gone through,” she said. “Some families lived in very violent conditions where they had the army break into their houses.”

The violent experiences families went through have left them with “contradicting emotions” and almost no unity between definitions of home by each family. Some people referred to home as “everything they had” and moments later expressed how they hated the sense of insecurity they had back there, she said. Losing a house could even make home feel more precious.

“A family from East Jerusalem was kicked out of their house and they stayed by the side walk for months,” she said, the family was fighting to get the house back, and had no place to go.

“It really shows that commitment to home,” she said.

In cases of conflict or war, people’s attachment to their home nation is increased, she said.

The commitment is inherited through generations, even for Palestinians who were born outside the country. Children, who were born in refugee camps, usually identified themselves with their city of origin even if they have never been there, she said.

“They hate living in refugee camps,” she said. “Their only true home is the one they are in exile from.”

Some Palestinian families who lived in countries such as Syria or Egypt, had to move between countries with the changing political situation. These families are always trying “to make place when they are out of place” to feel more familiar with the place, she said.

The United Nations has identified various actions, such as sexual abuse and school destruction, and listed them as violations. The list, however, does not include home destruction, she said.

“I find this actually surprising,” she said, “We have to think of home as a human right.”