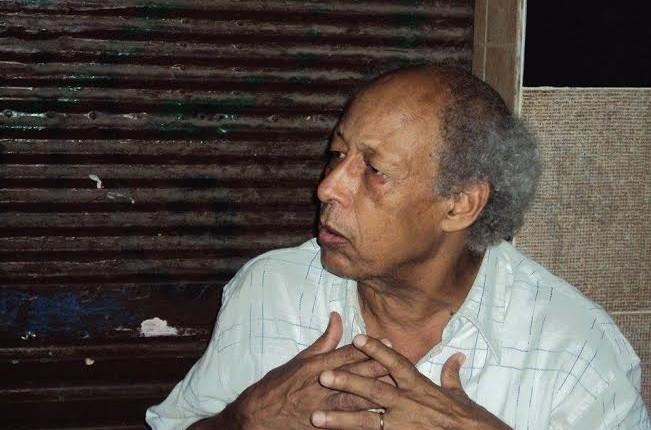 Citing security concerns, police have prevented performers from taking the stage at the Al-Fan Midan art festival two months running. But festival organisers say the monthly initiative is not over.

Al-Fan Midan (Art is a Square) was borne out of the 25 January Revolution, proving that both art and literature can have a deeper role than direct political agitation, said slang poet Zein al-Abidine Fouad. Millions rallied around poets and artists in Tahrir Square and other locations during the revolution – a phenomenon just as important as the political happenings. Songs written by El Sheikh Emam, sung by Azza Balbaa and others, became the celebratory songs of the revolution.

Al-Fan Midan was developed in this atmosphere of “unleashing creativity in young people for poetry, stories, plays, music, singing, acting, painting and photography through direct connection with the street, away from authorities or media,” Fouad said.

The interior ministry announced the suspension of Al-Fan Midan last week, while Minister of Culture Gaber Asfour announced his support for the event’s continuation.

Foad said, however, that the festival is not stopping anytime soon. The event is scheduled to resume in Cairo in October and is still taking place in other areas.

Fouad said he always travels with a camera because he doesn’t trust the official media and has suffered personally from falsified news. As a result, he tries to document events himself.

Fouad, who was born in 1942, published his first classical Arabic poem at age 10 and delved into slang poetry at age 20, has a long personal history with censorship. His first book, Wesh Masr (Egypt’s Face), was rejected by censorship authorities for seven years. It was finally published in the form of leaflets as part of a student movement at Cairo University in 1972 demanding war with Israel.

“The first batch consisted of 2,800 coupons that were distributed in a few days,” he said. “Friends told me this is the first book in history to be sold out before making it to the market.”

Fouad continued to write poetry, “but I was stopped from publishing by a presidential decree issue by President Anwar El Sadat, which was circulated to all newspapers,” he said.

He wrote his second book, El Helm Fi Al-Segn (Dreaming Behind Bars), while he was under arrest due to his political opposition. The book was published in 1978 from Abu Zaabal Prison, where he had been held since his arrest during the uprising of 1977.

“It was written on rolling papers, taken to Cairo, then published in Beirut,” he said. “It was republished in 2012 with the title Meen Elly ye’dar Sa’a Yehbes Masr (Who Can Imprison Egypt for even One Hour?).”

In his third book, Aghany Beirut (Songs of Beirut), Fouad included a number of poems he wrote in support of Palestinian resistance forces in Lebanon during the civil war in 1981. It also includes handwritten poems that were dictated over the phone from Beirut to Paris, where the book was eventually published.

Fouad participated in the protests of February 1968 which broke out against aviation leaders responsible for 1967’s defeat.

“That’s when I made up the chant ‘Raise your voice, chanting won’t kill you’,” he said. “The chant has been used in Egyptian demonstrations since that day.”

Fouad also took part in demonstrations in November 1968 where 23 were killed. The demonstrations were characterised by intense violence, he said, and protestors chanted angrily against the then president Gamal Abdel Nasser.

“From that moment on, I was a part of the students’ struggle, from the demonstrations in 1972 demanding that the land occupied by Israel be liberated, to the uprising in 1981 where I was almost arrested,” Fouad said.

Fouad was dismissed from the Faculty of Engineering in the early 1970s, and joined the Faculty of Arts. He was the first to introduce Sheikh Imam and Ahmed Fouad Negm to each other, as both were confined to narrow intellectual circles at the time, he said. A conference was held for them at Cairo University in the presence of 5,000 students. Sheikh Imam was blind and asked Fouad about the number of attendees, Fouad tried to ease his fears by telling him there were “more than 50 people present”.

Fouad said Sheikh Imam sang over 20 poems of his, the most famous one of which was Etgamaoo El Oshaa (Lovers Gathered).

As for his experience in Lebanon during the civil war, Fouad said it started after he left Egypt to attend his Palestinian wife’s funeral, saying “I left for Beirut on August 25, intending to go to Rome on September 18, 1981.”

“I was part of the Lebanese cultural and political elite, but the morning of 5 September 1981, late Palestinian president Yasser Arafat called me in the middle of the night and invited me for breakfast with him,” he said. “I arrived to find all my writer friends gathered around him. He was holding Al-Ahram newspaper and said, ‘You won’t be able to go back on the 15th, an arrest warrant was issued for you in Cairo today.’”

Fouad stayed in Beirut then decided to travel again in May 1982. On 4 June 1982, Israel began its war on Lebanon, so he came up with the famous expression, “Who is crazy enough to travel with war before him?”

“I decided along with singer Adly Fakhry to fight together for the people of Lebanon and Palestine through words,” he said. “We were on the streets among revolutionists and we sang the same songs 50 times in 50 different places, on the move under bombardment and blockades.”

Now back in Egypt, Fouad is determined to keep resisting through poetry. At previous Al-Fan Midan festivals he has recited his poetry before chanting “The street is for art…The street is for the revolution.”