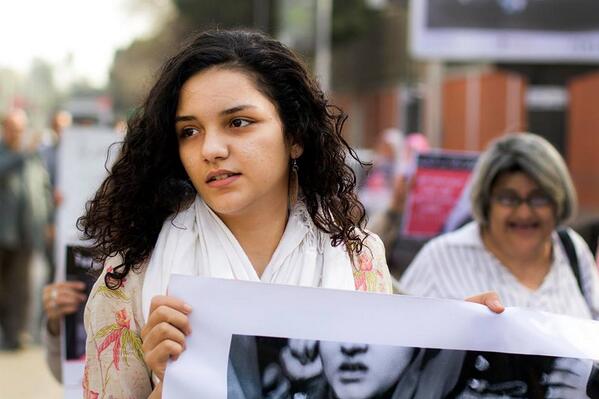 The Cairo Criminal Court sentenced a group of activists who demonstrated against the Protest Law outside the Itihadeya Palace in June to two years imprisonment and two further years of surveillance.

The 22 defendants were appealing their sentencing to three years of imprisonment in October for violating the Protest Law and the use of violence with the aim of terrorising citizens.

Several political parties and movements were involved in the protest, including the Revolutionary Socialists, Misr Al-Qawia and Al-Dostour parties.

Among the defendants is Sanaa Seif, sister of renowned activist Alaa Abdel Fattah, and Yara Sallam, a researcher for the Egyptian Initiative for Personal Rights (EIPR) and award-winning human rights activist.

“Down with the protest law that is wasting thousands of Egyptian lives filling prisons. Down with any unconstitutional law used for repression,” said EIPR on Sunday.

“Two years for a distinguished lawyer who dedicated her life to defend the rights of the oppressed will be wasted because of an unconstitutional law, and because of blind repression wanting to silence all opposition voices,” the group said.