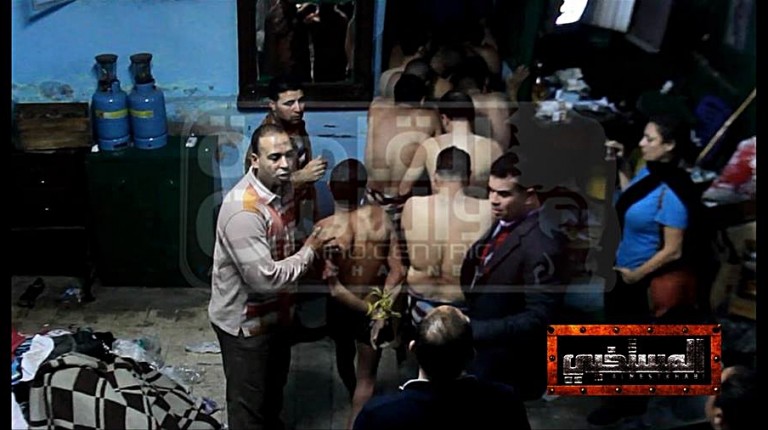 Egypt’s Administrative Court ruled on Tuesday to uphold a decision by the Ministry of Interior to deport a man because of allegations that he is homosexual, thus affirming the right of the ministry to deport and ban homosexual foreigners from Egypt.

The individual concerned is believed to be a young Libyan national and the case dates back to a legal complaint filed in 2008 at a misdemeanour court. The man was subsequently deported and barred from future re-entry, though the identity and exact nature of charges against him are unclear.

The Libyan is believed to be from Tripoli and was residing in Cairo since 2006 where he was a graduate student at the Arab Academy for Maritime Transport in Cairo. The ban prevents him from completing his education.

Tuesday’s decision by the Administrative court was taken to “preserve the national interest, religious and social values, and prevent the spread of immorality”, it said. The case comes at a time of increased attacks on alleged homosexuals in Egypt, in particular by the Ministry of Interior and in judicial rulings, and demonstrates the role that the state has granted the Egyptian police with upholding society’s morality.

In January, a Cairo court acquitted 26 defendants accused of homosexual activities in a bath house. The case drew international criticism for the televised police sting on the men. One of the men later set himself alight despite the acquittal, owing to what he said was intense social attacks. In December eight men were given one year long prison sentences for allegedly taking part in a gay marriage ceremony on a Nile boat.

Although homosexuality is not against the law, it is strongly disapproved of and the courts typically prosecute on charges of debauchery or undermining public morality as substitute charges.

With the Ministry of Interior behind banning and deporting foreign homosexuals, it is unclear how such a strategy could be practically implemented.

Daily News Egypt spoke to a young foreign gay man who has lived in Cairo for a year and a half. “In Cairo, the way I live my life it’s not such a big deal, but I generally don’t mention it to people. In the US everyone knew I was gay it was not an issue. Here I wait a lot longer before telling people, there are a lot more things that can go wrong and there’s always a vague sense of paranoia that some trouble might happen during the day.”

Matthew (name changed) said that after having his boyfriend stay at his last apartment regularly, he became highly concerned that his ‘bawab’ (building guard) had caught on to their relationship and that he might report them, especially as he heard that this had happened to Arab friends of his. “I am worried too about what I post on Facebook or about what is in my search history in case it was ever looked through.”

Matthew says that he “wouldn’t discourage any of my gay friends from coming to Egypt to visit, but I would definitely warn them against coming to live here.”

“It’s hard to say the size of the gay community in Cairo because it is not a tight community. I’ve met only about two other Western gay people in my time here. The majority of foreign gay people I have met have actually been from other countries in the Middle East and Africa,” Mathew said.

“I think the law is mainly aimed at them too. I think the Egyptian authorities would handle someone differently when it comes to someone who is from the West and has money.”

This is an idea echoed by a US national Luke (name changed) “I believe it’s more of an issue of class and ethnicity; being white and Western you are less targeted by society. However, homophobic attitudes cut across all class lines in Egypt; the rich aren’t any less homophobic.”

Luke feels that the difficulties for him are not encounters with the state but sexual harassment, such as taxi drivers trying to grope him. “Homophobia is rife here but there is a distinction between being gay and gay action.”

“I don’t engage in public displays of affection but have to check myself when I have had a few drinks and watch what I do and say more when I am with groups I do not know. The gay scene is often more present where there is alcohol, than say at an ahwa. The crowd is presumed to be more tolerant.”

But unlike Matthew, Luke says he would not discourage gay people from coming to live in Egypt. “It is not that bad, plus people don’t pick up on many of the signifiers when a person is gay. In reality, it is harder to be a woman in Egypt.”

400 escaped from prison in Tripoli, state of emergency declared