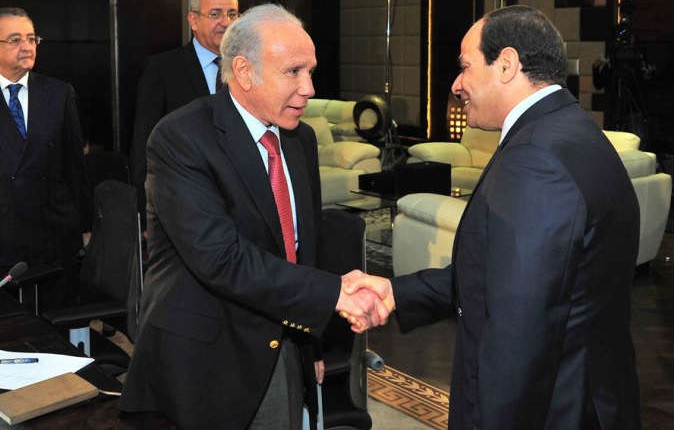 One of the main reasons behind the toppling of Egypt’s autocrat former president Hosni Mubarak in 2011 was corruption, as his last two governments had encompassed businessmen, who were involved in corruption allegations in ministerial positions. Mubarak was removed, but businessmen are still at the forefront of the political scene taking positions in the current government.

Even though President Abdel Fattah Al-Sisi’s government is relying on investors to stimulate the economy, offering them unprecedented incentives through the New Investment Law, some economists forecast a “hidden war” between the state and businessmen, due to the recent targeting of famous tycoons.

The recent arrest of businessman Salah Diab, the owner of La Poire bakery and a founder of daily newspaper Al-Masry Al-Youm, has sparked fear among businessmen resulting in a collapse in the performance of the stock market.

In early November, the Prosecutor General received several reports against Diab, his son and other businessmen, accusing them of having bought areas of land on the Egypt-Alexandria desert road with Ministry of Agriculture funds. Investigations by public fund prosecutors charged Diab and other partners of profiteering from the ‘New Giza’ project and their investment company Sunset Hills, and of involvement in the squandering of public funds.

Following the investigations, Diab and his son were arrested, while banks froze the accounts of Diab, his wife, and Mahmoud El-Gammal, who is Gamal Mubarak’s father-in-law. The Egyptian stock market also froze his assets, along with 15 other businessmen.

Days later, Diab and his son were released; however, the fear remained. The court decided to release Diab on EGP 50,000 bail and his son on EGP 10,000 bail, and to amend the Prosecutor General’s request to freeze their assets, along with 13 other businessmen.

The following week, amid the negative ambience for businessmen, President Al-Sisi announced during a meeting with Oxford Business Group that the investor confidence in the Egyptian investment environment increased to its highest level.

Economy professor Mohamed Youssef said the relationship between the government and businessmen is confusing. “We can’t really say if they are targeting businessmen, but the government is closely monitoring them,” he said.

Other analysts were also unable to evaluate the situation, such as Omar El-Shenety, founder of Multiples Group, who said the scene is unclear, and difficult to comment on.

Diab’s case was not the first of its kind under the rule of Al-Sisi. In August, the Egyptian Competition Authority referred Oriental Weavers Group to the general prosecution on charges of carrying out monopolistic practices.

The group, which is one of the world’s largest machine-made carpet producers, allegedly created exclusive agreements with a number of carpet suppliers to halt the distribution of products by its competitors in the market, an act that violates the competition law.

The company has denied the allegations and opted to take all the needed legal procedures “because it is sure of its legal situation”, it said in a statement to the Egyptian Stock Market (EGX) at the time.

In the same month, the judicial committee assigned to count and manage funds belonging to the Muslim Brotherhood issued a decision to freeze the assets of Juhayna Food Industries CEO Safwan Thabet.

Thus, the EGX received an alert from the Prosecutor General to suspend trading on Thabet’s stocks, due to charges of funding the outlawed Muslim Brotherhood group. The decision excluded Juhayna, which is Egypt’s top dairy company, and it is unlikely to be affected by the move against its CEO.

The two incidents, which took placer at the same time, prompted businessmen to air their fears. CEO of Americana Egypt Group Moataz Al-Alfi told Daily News Egypt at the time: “Any businessman becomes worried as for instance the shares of those businessmen in the stock market were subsequently negatively affected, which later affects confidence in the market. When foreign investors hear about such things, they will think of avoiding the market as the investor is like a bird searching for a place to land to feed himself. In Egypt, when we find an investor we arrest him.”

In October, renowned Muslim Brotherhood businessman Hassan Malek was arrested on charges of withholding foreign currency, in order to smuggle it out of the country, in an attempt to “escalate the ongoing dollar crisis”.

Last year, police forces raided Seoudi and Zad supermarket chains, following allegations that they are owned by members of the Muslim Brotherhood. They are currently being jointly run with the government.

The confusion came as the post-revolution governments have appeared to depend on luring investments at any price, even through reconciliation with Mubarak-era businessmen. The trend had started during the rule of Islamist former president Mohamed Morsi, who sent positive messages to businessmen “to encourage them to settle their situation legally”, the presidency said at the time.

During that period, the tax authority reconciled with the multi-billionaire Sawiris family, accused of tax evasion at the time through a company in their Orascom conglomerate. The dispute was settled with an agreement to pay a little over $1bn over a five year period, with an immediate payment of $357m.

Rashid Mohamed Rashid, minister of trade and industry under Mubarak, also paid $15m to settle with Morsi’s government, and prosecutors announced removing his name from the airport arrivals watch list.

The current government does not have a different approach in dealing with Mubarak-era businessmen. In August 2015, a travel ban on six Egyptian businessmen was lifted by an official court decision, despite a trial case concerning illicit gains that has been pending since 2011.

The names included businessman Magdy Rasekh, the father-in-law of Mubarak’s eldest son Alaa. Rasekh was facing charges of illicit gains and squandering public funds along with Mubarak-era minister of housing Ibrahim Salman, through facilitating the illegal acquisition of state-owned lands in favour of the former.

Rasekh is believed to have taken advantage of his position as a former non-executive chairman of SODIC, from which he resigned in May 2011. In 2012, he was sentenced in absentia to five years in prison.

Other businessmen covered by the same decision to lift the travel ban included Ahmed Bahgat, who has previously been able to freely travel to Switzerland. The four others are Safwan Thabet, Shafiq Mohamad Al-Boghdady Abu El-Wafa, Ahmed Abdel Maqsoud Arafa and Morrocan tycoon Meloud El-Shaaby.

The six names were part of a list of 153 Mubarak-era businessmen and their families issued by the Egyptian Financial Supervisory Authority in March 2011, as banned from managing their assets and travelling.

Government does not want to lose Gulf businessmen

Following the 25 January Revolution, Egyptian courts had voided privatisation contracts for several companies, returning them to the state. These re-nationalisation decisions angered investors, who resorted to international arbitration centres to file cases against Egypt.

There were a total of seven cases brought against Egypt after the revolution, involving demands totalling more than $20bn in compensation.

The government wanted to resolve all disputes with Gulf investors before the Economic Summit, held last March in Sharm El-Sheikh, so it formed the Dispute Settlement Committee to deal with all investment disputes pending international arbitration.

Egypt has also undertaken various initiatives to reduce bureaucracy and ensure investors’ rights. This has included the development of new laws to regulate bids and investment.

To make it more practical, the government issued a new law in 2014 to ban a third party from challenging investment contracts signed between an investor and the government.

The New Investment Law, issued with the launch of the Economic Summit, has also given incentives to businessmen. Under the new law, there is a “one-stop shop” that the investor will deal with to complete all the needed procedures to launch a project.

Even after the application of the law, Egypt dropped five spots in the World Bank’s ‘Doing Business’ ranking in 2016, to 131 from 126 in 2015, among 188 countries included in the report. In the report, which was released in late October, the World Bank introduced a new methodology in ranking countries, including quality and ease of construction permits, electricity access, registering properties, and enforcing contracts.

Despite the slump, Egypt was among the best performing countries in MENA in terms of starting businesses, where it takes eight days only, compared to 40 days 10 years ago, according to the report. Egypt also does not set a minimum for capital, unlike most MENA countries.

The report showed that Egypt is in a better place in terms of construction quality control, where constructions are examined during the process.

16th Conference of Arab Businessmen and Investors kicks off in Cairo