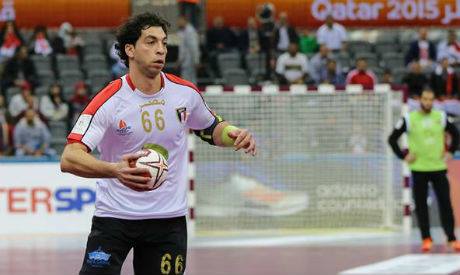 The African Handball Nations Championship will be held in Egypt from 21 to 30 January, which is the qualifier for the Olympics.

Under the umbrella of 2016 Rio’s Summer Olympics, several competitions are held worldwide to select the participating champions.

This championship will not only be the qualifier for the Olympic Games but also for the World Men’s Handball Championship in France from 11 to 27 January 2017.

Egyptian Minister of State for Youth and Sports Khaled Abdel Aziz confirmed his awareness of the importance of handball for the Egyptian audience, and that it is the second most popular sport in Egypt. Abdel Aziz expressed his hope for the Egyptian national team to achieve a continental title in this championship to be qualified for the Rio Olympics.

Egyptian President of the International Handball Federation Hassan Mostafa, headquartered in the Swiss City of Basel, highlighted the role played by the African Handball Confederation in developing Africa’s handball levels to its best level through their continuous effort, creativity, and organising strong competitions, which benefits the sport on an international scale.

In its first matches against Bahrain, Egypt won with 26-21 over Oman in its second match with 37-27. Winning Egypt’s International Handball championship is a significant victory, as the Egyptian national team is now qualified for the African Handball Nations Championship.

Ahmed El-Ahmar, who plays for the Al-Zamalek SC handball team and for the Egyptian national handball team, played an important role in winning many of the Egyptian team’s titles. Individually, El-Ahmar won the title for Best Back Right in Africa in the 2004 African Handball Nations Championship.

Internationally, it won in the 2001 World Men’s Handball Championship in France, where France acquired the gold medal and Sweden came in second place. Egypt came in fourth place after Yugoslavia in third place. Getting fourth place was not easy for Egypt since it faced some of the strongest handball teams in the world.

Another notable international victory for Egypt’s national junior handball team was the handball competitions at the 2010 Summer Youth Olympics in Singapore: South Korea finished in second place and France in third.

Sweden gets new saint after 600 years