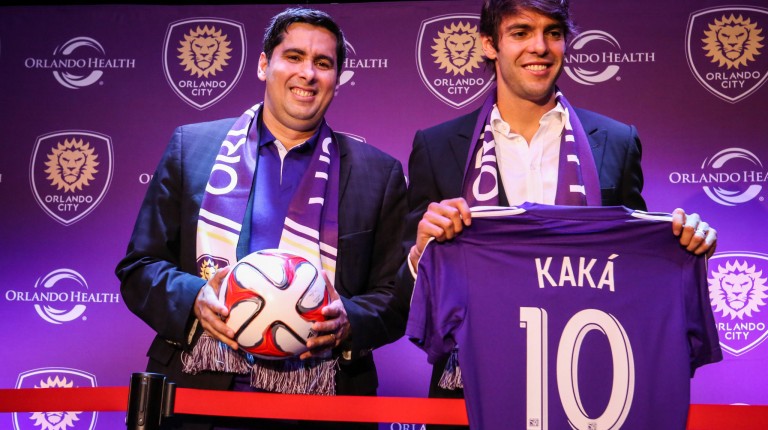 The relationship between the US and China has been likened to that of old European great powers a century ago: they deal and trade with each other but neither of them trust the other. Having the largest economies in the world, these two influential nations have the power to shape the global economy. Though relations between the two nations  have generally been  tense since the 1950s, currently China and the US have mutual political, economic, and security interests such as the prevention of terrorism  and the proliferation of nuclear weapons. Despite their differing political views, both sides seem to have found a common bond, or perhaps a healthy rivalry, over their love of football.

Major League Soccer (MLS) was founded in 1993 as part of the US’ successful bid to host the 1994 FIFA World Cup which boosted the popularity of soccer. The first MLS season was in 1996 but initially faced financial and operational problems; MLS lost millions of dollars as teams played in mostly empty American football stadiums.

By 2002, MLS had expanded to 20 teams, owners built soccer-specific stadiums and after transforming operations from independently-owned teams to being owned by investors who could control and manage operations themselves, which resulted major development for the game and media publicity which encouraged popularity.

The format of MLS is comprised of 20 teams in total; 17 from the US and three from Canada. The season runs from March to October during which time each team plays 34 games.  The  Designated Player Rule  is a rule that helped bring international stars into the league, nicknamed the Beckham Rule as it was established by his transfer from  Real Madrid to LA Galaxy  in 2007.

The rule was adopted as part of the salary cap regulations of MLS for the 2007 season; it allows each MLS franchise to sign players who would be considered outside of the team’s salary cap by offering the player higher wages or by paying a transfer fee for the player. Therefore, MLS teams can compete for star players in the international soccer market; in 2015, 114 designated players were recorded in MLS clubs.

MLS has 535 players,  261 of whom are foreigners which accounts for 48 % of all players. Last year, MLS’ transfer market made €281.5m. Mexican international striker Giovanni Dos Santos transferred from Villarreal CF to LA Galaxy at a fee of €6.35m. New York City FC signed World Cup winner and former Barcelona striker David Villa from Atletico Madrid for a fee of €7m, as well as midfielder Andrea Pirlo from Italian Juventus FC and Chelsea’s Frank Lampard.

CSL was created when former top division Chinese Football Association Jia-A League was re-branded in 2004. Originally comprised of 12 teams, it expanded to 16 teams in the current season. The CSL season begins in February or March and ends in November or December. Each team is allowed a maximum of four foreign players per game on the field. In 2012, teams competing in Asian tournaments were allowed to have more foreign players in the squad.

The first CSL in 2004  faced controversy due to match fixing and betting on the games. The scandals uncovered led to huge loss of interest in the domestic game and lower than average attendance resulted in great financial losses.

In the 2015/16 season, CSL has a total of 490 players, only 86 (17.6%) of whom are foreigners. The league recorded €348.38m in transfer market value. Brazilian attacking midfielder Alex Teixeira from Ukrainian team FC Shakhtar Donetsk was signed for €50m to Chinese Jiangsu Suning FC, making it the highest transfer fee ever in China.

Sieren’s China: Provinces against the centre