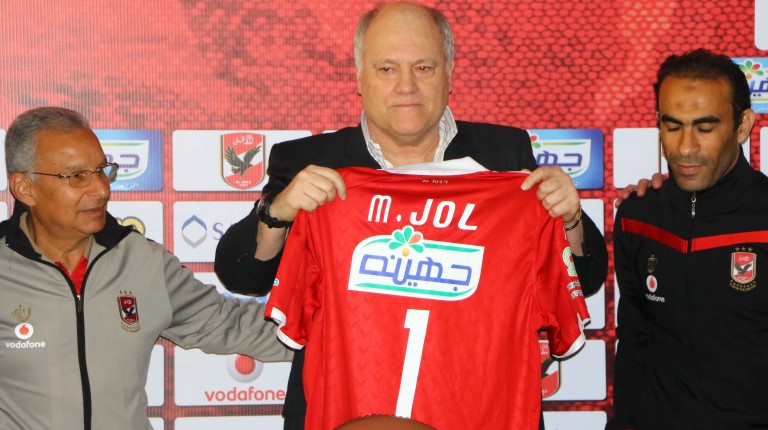 The top Egyptian football clubs—Al-Ahly SC and Al-Zamalek SC—are always looking to attract football managers who can catapult them to the top of the league table and lead them to the glory of league championships.

Al-Ahly and Al-Zamalek recently succeeded in bringing world-famous managers to the local Egyptian football scene. Al-Ahly signed Martin Jol and their rival signed Alex McLeish. Both managers have experience in managing in the top rungs of international football leagues, with both having experience in managing in the English Premier League and the UEFA Champions League competition.

Al-Ahly signed the Dutch manager Jol, 60, for a reported monthly salary of $180,000. The signing of Jol concluded a protracted search for a new manager after Portuguese José left the Red Devils after just 14 rounds of the Egyptian Premier League. Peseiro went on to take over control of FC Porto. Al-Ahly appointed the former director of football Adel Aziz Abdel-Shafy as interim manager during their search for a permanent replacement.

Jol began his managerial career with Dutch amateur side ADO Den Haag before becoming a manger with Roda JC where he won the Dutch cup in 1997, the clubs first title in 30 years. In 1998, Jol went to RKC Waaalwijk where he saved them from relegation in his first year. He won the Dutch Footballer Writers’ Coach of the Year award in 2001.

He was appointed assistant manager at Tottenham in 2004 and ascended to the position of manager after Jacques Santini was sacked after 13 games. Jol developed Tottenham’s style of play and played active and attractive football, deviating from the defensive style preferred by Santini.

Jol won the FA Manager of the mont award in December 2004 after he won five consecutive league matches, which is Tottenham’s longest string of wins since the 1992-1993 season.

Jol stayed on at Tottenham for three seasons, collecting 67 wins in his 147 total matches. In the 2006-2007 season, Tottenham accumulated 27 points in 12 league games, vaulting the Spurs to fifth place on the league table and securing qualification in the UEFA Cup. Jol became the firt Spurs manager since Keith Burkinshaw to qualify for the both European football tournaments in the same season, qualifying for the UEFA Champions Cup and the FA English Cup.

Jol’s German journey started when he went to coach Hamburger SV in 2008-2009. He led the club to a fifth-place finish and thereby qualifying for the Europa League. Under Jol, the team reached the semi-finals of the UEFA Cup and the German League Cup.

Jol took control as the head coach of Ajax FC, leading them to win the Dutch Cup by defeating Feyenoord, 6–1. On the season, Ajax won 50 out of 77 games and the club appeared in the UEFA Champions League for the first time since the 2005–2006 competition.

After Ajax, Jol returned to English Premier League in 2011 catching on with Fulham. In his first season with the club, he led them to a ninth place finish in the Premier League, accumulating 52 points. Fulham won notable matches against top clubs like Arsenal and Liverpool. However, Jol did not last long with the club as he was sacked from Fulham in December 2013 following a run of six defeats.

Back in the top division, Hibernian played well under McLeish. The finished in the middle of the league’s table and reached the Scottish Cup semi-final. In the 2000-2001 season, Hibernian took third place in the Scottish Premier League.

McLeish was vaulted into a different managerial category when he was appointed to head the Rangers in 2001. Under McLeish, the top won both the Scottish Cup and the Scottish League Cup.

Following his success with the Ranger, he took charge of the Scottish Men’s National team in 2007. The team posted a historic victory when they defeated France, 1-0, at France’s Stadium Parc des Princes.

In 2007, McLeish took control of the English Premier League’s Birmingham City. However, he was unable to prevent the club from being relegation. However, in his second year with the club, he was able to ensure their return to the Premier League. The team had a record-setting 12 consecutive wins. McLeish displayed a consistency rarely seen in the Premier League, leaving intact the same staring 11 for nine consecutive games. .

McLeish was named Premier League Manager of the month in December 2009, becoming the first Birmingham manager to ever receive the award.

McLeish led Birmingham to a ninth place finish which was the club’s highest finish in the past 50 years.

In 2011, Mcleish was appointed manager of Aston Villa, the rivals of his former club Birmingham City. He led Aston Villa to a 16th place finish in the Premier League table, avoiding relegation by just two points.

McLeish was appointed the manager of to head the English Football League Two club Nottingham Forest in 2012 but resigned after only 7 games, claiming that he was unhappy. Then, he moved to Belgian club Genk FC but left them one year after he failed to qualify for the championship playoffs. He was appointed Al-Zamalek SC manager with a monthly salary of approximately $60,000.

25 players will miss English Premier League due to Africa Cup of Nations, 9 of which are Arab