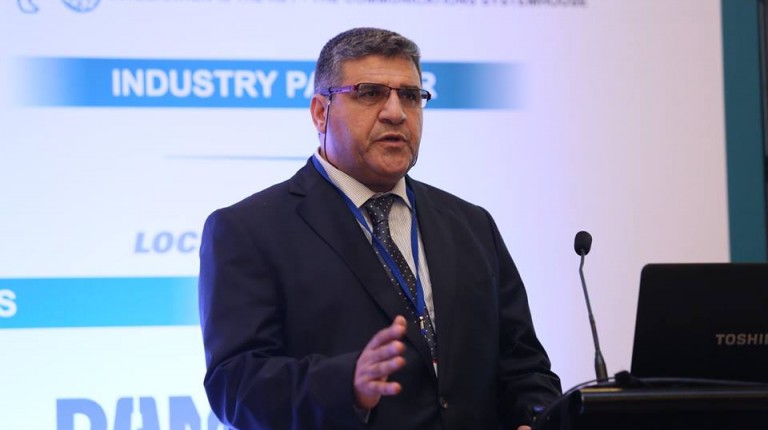 On 15 July, a group of Turkish military leaders tried to carry out a military coup against the current Turkish president and his government. Was this a surprise to Recep Tayyip Erdoğan? What are the causes behind it? What will it end up accomplishing? How can we examine the political and security background of the current situation?

A few months ago, a strong rumour emerged in Turkey indicating possible unrest in the Turkish Armed Forces, which could lead to a military coup by some Turkish military leaders against the current Turkish government. At the time, this was refuted by the Turkish chief of staff. This probably urged Erdoğan to institute quick reforms of Turkish international relations attempting to stabilise his external regional and international policies, giving him enough time and the suitable circumstances to meet any military action against him later, especially given that Erdoğan was not sure who exactly would move against him.

This is why some analysts believe that the main reason behind the Turkish military coup might be summarised in Erdoğan himself, his government, and his political party and their policies. Some Turkish military leaders accuse Erdoğan of abandoning the secular approach, and target his shift to religious ideological policies, which have caused many problems for Turkey.

They also believe that Erdoğan does not listen to his advisers, including his military leaders, resulting in a large number of security problems surrounding Turkey at the moment.

I believe that the coup was bound to fail due the lack of enough popular support, as well as a lack of support by the Turkish political moderate for the coup, including the presidents of the most important secular parties against Erdoğan.

Ahmet Davutoğlu, the most important architect of Turkish foreign policy and the creator of the “zero problems” strategy in the region, caused many problems with many countries. Has Davutoğlu succeeded in implementing his strategy during his time at the Turkish Foreign Ministry from 2009, and his time as prime minister in 2014, in addition to his leadership of the Justice and Development Party?

The Turkish historical problem with the Armenians did not exceed protocol visits and attending football games between the two teams, next to diplomatic particulars and subtle, hinted apologies to the Armenians for the crimes of the Ottoman Empire.

Then there is Turkey’s issue with Greece, regarding Cyprus, and the refusal of the former to accept, or at least acknowledge, the historic right of Greece in west Anatolia and the Aegean coast.

The Justice and Development-led government is continuously attempting to take advantage of the Turkish community in Bulgaria and the Balkans by escalating the topic of their cultural rights, and politically and ideologically using that against Europe.

Turkey does not really support the Palestinian cause. Slogans, some actions, and some media presence of civil society activists is as far as Turkey’s role in the matter goes, even during Israel’s war on Gaza. The only tangible reaction we saw was after the Israelis opened fire on the Freedom flotilla, which caused a deadlock in diplomatic relations between Turkey and Israel. On the other hand, and perhaps most importantly, we find Turkey embracing Qatar, the political Islam project in the Arab world and the Muslim Brotherhood. This strained Turkey’s relationship with Egypt and Saudi Arabia. What made the relations worse was Turkey’s attempt to play on Saudi Arabia’s conflict with the Alawites and Shi’a. This worsened its relationship with its Syrian neighbours, although the ties had reached an all-time high after activating the Adana agreement, which called for a joining of forces between Syria and Turkey in case of a Kurdish liberation movement.

Internally, Turkey did not take practical steps to solve the Kurdish issue. Instead, it focused on the Kurds abandoning their weapons for the fighters, and considered their case as a security issue handled by intelligence agencies.

Turkish-Arab relations increasingly worsened with the presence of the Islamic State (IS), and the latter’s occupation of Tal Afar and its siege of Turkmen Amerli. What added fuel to the fire were rumours about Turkey’s support of IS and circulating information about the diversion of Iraqi oil through Marsah. One could add to that the thousands of people passing through to Turkey to Syria to join IS.

Turkey also recently suffered from Kurdish and IS attacks. This highlighted a structural alliance between jihadists from Syria and Iraq, and an increasing internal pressure, pushing Turkey into a dark tunnel without any comprehension of what it might lead to. Political statements indicate attempts to refresh Turkey’s relations with Russia, Israel, and specifically Egypt, regarding its stance on of the ouster of former Egyptian president Mohamed Morsi. Some people considered this a surprise because the statements contain significant concessions that were not there before. I really do not see it as a surprise, but rather Turkey’s late attempts to correct the “zero problems” strategy.

Turkey aims to take a place among the great countries, and it has already worked on the application of international law and standards of political, economic, security, and social frameworks. Perhaps these actions came in an effort to become eligible for the European Union membership. The European Union itself is keen on unifying its political and economic influence in eastern Europe, and its political, economic, military, and social influence on the Middle East.

There is no doubt that Turkey has made great progress, but economic development may not easily correct historical and political problems. This makes me believe that Turkey will not be able to achieve political stability and security before the complete elimination of IS and the total abandonment of its support to the Muslim Brotherhood. Turkey also needs to have a clear stance towards Israel and the Palestinian cause, and determine its attitude towards Russia in exchange for its obligations to the North Atlantic Treaty Organisation (NATO) and its alliance to the EU. Finally, Turkey needs to develop a final strategy for the Cyprus and Armenian issue, as well as the Turkish communities in the Balkans. All of this requires many years, and a political party like the Justice and Development Party might not be able to achieve that.

The Turkish coup and the mania of cockfighting fans in Egypt

In Cartoon: Erdogan and the Turkish army

Why the coup in Turkey failed

Flights resume between Egypt and Turkey

Attempted coup in Turkey ‘will lead to a witch hunt’

17 killed as army, police clash after coup attempt in Turkey

Turkey and Egypt: a new opening for rapprochement?