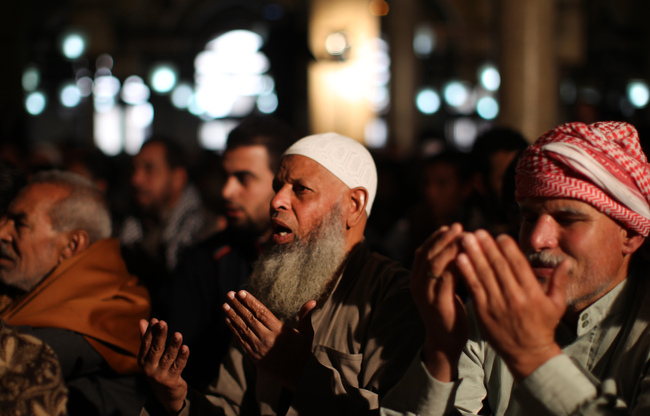 Al-Azhar released a statement on Tuesday in which it said the institution’s Senior Scholars Authority objected to the unified written sermon that was imposed by the Ministry of Religious Endowments on all preachers across the country.

The statement said that the unified sermon was rejected with consensus of all members because this step comes as a restriction of religious discourse, rather than its renewal. The statement stressed that preachers need training to be able to combat radical ideas, and the unified sermons will turn their ideas into shallow ones. It also stated that they won’t be able to discuss the deviation of opinions and radicals who use the Quran verses the wrong way.

The statement concluded saying that Al-Azhar will work on developing religious speech and providing state-of-the-arts tools to its preachers in order to combat radicals. They also condemned all the terrorist attacks that occurred recently.

On the other hand, the Minister of Religious Endowments told members of parliament on Monday that a unified sermon is not meant to oppress, but rather to lead to “enlightened thinking worldwide”. He further added that the content of sermons will pertain to society and the needs of the prayers.

The decision to standardise the Friday prayer sermons came as a step from the Ministry of Religious Endowments to allegedly renew the religious discourse. The ministry had spent the last three years attempting to tighten its grip over religious discourse in order to regulate it.

In Cartoon: Unified sermon puts the lock on preachers’ liberty

Parliament to discuss proposal to eliminate religion from IDs

Upcoming Friday sermon warns against protests ahead of 25 January anniversary

5 preachers suspended in Minya for deviating from Friday sermon

Preacher referred to investigation for deviating from Friday sermon