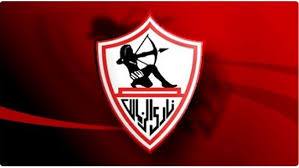 Al-Zamalek SC board of directors, under the presidency of Mortada Mansour, is close to choosing a new director for the club’s board of coaches, which will substitute Momen Soliman, to train the team.

This step came after Soliman resigned this weekend. Lately, the board of directors and the coaching board have been conflicted about the football team’s performance.

On Friday, Zamalek defeated Almasri 1-0; however, Mansour was not satisfied with the team’s performance, thus he met with Soliman.

Soliman refused to work as a general coach under a new director, so he resigned.

For this position, Mansour choose Helmi Tolan, who is currently the director of Smouha’s board of coaches.

Al-Zamalek SC’s board of directors needs to solve two problems before concluding its contract with Tolan. First, they must end Tolan’s contract with Smouha’s club, headed by Farag Amer, in a friendly way. Second, the coaching staff that works with Tolan insisted on bringing Mamdouh Mohamed along as an assistant coach, which may force Al-Zamalek SC to dismiss some of its current coaches.

56 UWK members arrested ahead of Zamalek match against Sundowns

Dozens of Zamalek fans arrested ahead of game in Alexandria