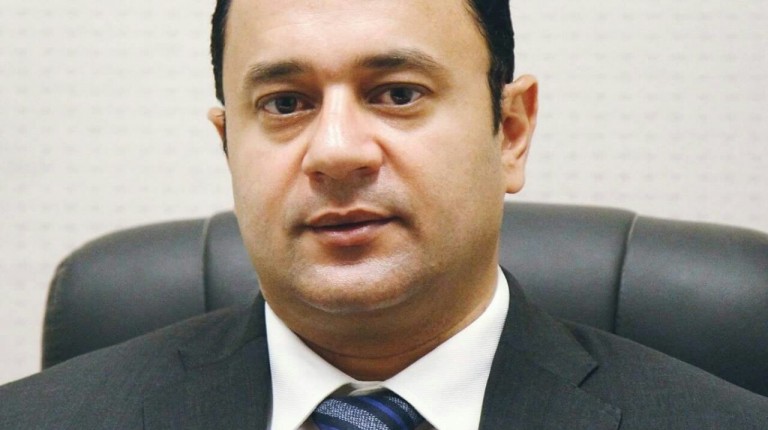 As the date of the United Sates presidential election comes closer, the eyes of the entire world are directed at that election as the most important event in the field of international politics, for the immense weight the US has in the global balance of power.

Recently, the world has had its eyes on the intense competition between Democratic party candidate Hillary Clinton and the Republican party candidate Donald Trump, who are of course the most fortunate among the rest of the candidates, such as Jill Stein of the Greens and Robert David Steele of the Libertarian Party. Clinton and Trump are in that position as they belong to the two largest parties in a country that has been ruled by the so-called ‘two-party-plus’ system since the declaration of independence—two parties dominating the political arena plus some small parties with no weight, thus enabling them to impose their candidate or grant them a strong chance in the competition for the White House seat.

We are presenting below a simplified vision on the US presidential election system which is really a unique system that does not look like the other common election systems. The American voters do not choose their president at all, but choose a group of people who, on their behalf, choose the president. The following is some information about that election.

The 58th US presidential election since the declaration of independence in 1776 will take place on Tuesday, 8 November. The winner will be inaugurated the 45th president of the US for a four-year term which can be renewed once in case of re-election. Of course, the difference between the two numbers, 58 and 45, is due to presidents being elected twice in a row, including current president Barack Obama. The first US president was George Washington in 1789, remaining the only president independent of any party in the history of the US. All those who followed were partisans.

Four US presidents were assassinated during their term: Abraham Lincoln, James Garfield, William McKinley, and John Kennedy. One president resigned from office in the history of the US, namely Republican president Richard Nixon, over the Watergate scandal in 1974, which stipulated Nixon spying on the Democratic party headquarters.

The US general election has seen a significant decline in voter participation since the 1960s until 2004. In 1960, voter turnout stood at 62.8%. That percentage has been declining until it reached 49% in 1996 and 50.3% in 2000, rising to 55.7% in 2004. The participation rate in the last presidential election conducted in 2012 was 54.9% of the total number of eligible voters, knowing that the US adopts the registered voters system. This means that the voter does not have a vote except upon request after fulfilling the eligibility criteria and reaching the legal age. That system is contrary to the eligible voters system Egypt adopts, in which citizens are automatically registered in the voters records at the age of 18. The disadvantage of the latter system is that it maximises the number of voters but does not reflect the true demographics of those voters, as many of the citizens are registered without having a real will to participate in political life. This always makes the participation rate look meagre when compared to the registered voters system.

The elections bring about a US president and vice president, and according to the 22nd amendment to the US constitution, current president Obama is prohibited from running for a third term, as the maximum term-period for presidents is eight years or two terms.

The US presidential election system is one of the most complex electoral systems in that regard. The people do not elect their president, but those who elect the president are the electoral colleges of each state—a system known as an indirect election. In a nutshell, the US constitution and its 12th, 22nd, and 23rd amendments organise the process of selecting the president and the vice president. They are required to be US citizens, no younger than 35 years old, born on American soil, and residents of the US for at least 14 years.

Each party develops a specific mechanism for the selection of its candidates in what is known as the primary elections. Usually, it is conducted through selecting delegates for the party in a general assembly; those delegates elect the possible candidates at the level of all states, and the winner becomes the party’s candidate for the presidency. That candidate chooses his/her possible vice president, and both run for the election together, meaning that the presidential candidate and their possible vice president either win or lose together.

Election takes place through the members of the electoral college for each of the 50 states, in addition to Washington DC which is treated as an individual state. This way, we have 51 electoral colleges with the condition of none of them being members of the congress, and their number being equal to the number of members of the senate and house of representatives, as well as federalists of each state separately. This is called the relative weight of each state. This also leaves us with a total number of 538 members, with 535 being from the 50 states, and three from Washington DC. These members handle the choosing of the American president and his vice president. Whoever wants to run for the membership of the electoral college has to pledge to the people of his state the name of the person he will elect in the case that he wins the membership.

In all states, including Washington DC, with Maine and Nebraska being an exception, members of the electoral college are chosen in a way that is similar to the elections of the individual system here, where the winner gets his seat in the electoral college without consideration of the vote percentage. This means that whoever gets 50% +1, wins a seat.

After the election of members of the electoral college for each state, they begin to elect the president and his vice president. Whoever gets the absolute majority of the votes (50%+1), wins. In the case that none of the candidates obtain the absolute majority, the authority to choose the president moves to the US house of representatives amongst the three candidates that obtained the highest votes in the electoral college. This has happened only twice in the history of the US. The first was in the elections of 1800 which Thomas Jefferson won, becoming the third president of the US.

The second time this happened was in 1824, when John Adams won the elections against Andrew Jackson, becoming the sixth president of the US. The vice president is chosen through the senate amongst the two candidates who won the votes of the electoral college.

All members meet in the electoral colleges in their state capitals on Monday following the first Wednesday in December, where they vote, then send votes of the electoral authority to Washington DC to be sorted in January in a joint session in the two chambers of the congress.

The six states that have the greatest influence, according to the number of their delegates to the electoral college, are: California (55 votes), Texas (38 votes), Florida (29 votes), New York (29 votes), Illinois (20 votes), and Pennsylvania (20 votes), with a total of 191 votes, or more than 35% of the total number of votes in the electoral college.

This complicated voting system has its historical causes and roots. We can briefly refer to them if we look at the history of the US, and fears that accompanied the declaration of the independence in 1776 led by Thomas Jefferson. The fears emerged from the predominance of central state authority over the states and possible political and demographic disintegration. The American constitution and its subsequent amendments followed the declaration to balance between the central attraction and the expulsion separatism powers.

The debate that took place between Clinton and Trump was followed by more than 90 million Americans. In her arguments, Clinton focused on highlighting Trump’s failure in managing his own business, his racist attitudes, and his tendency to exempt rich people from taxes. On the other hand, Trump focused on Clinton’s usage of her email in sending confidential messages during her time as secretary of state.

These debates target undecided voters, as there are many citizens who consistently vote for Democrats or Republicans, while others do not make up their mind until election day.

Ironically, the US which calls on the world, especially developing countries, to empower young people, has two presidential candidates who are 69 (Clinton) and 70 (Trump) years old.

Each candidate has their own legitimate and illegitimate weapons in the race. Clinton vouches on becoming the first female US president, and highlights Trump’s racist attitude to win more votes. Trump focuses on the negative aspects of the ruling Democratic party, both domestically and internationally, as well as security issues and potential terrorist threats. Although many relevant think tanks outweigh Clinton’s chances, all results are possible. It is expected that this US election will witness some violent acts and riots. In all cases, only the polling centres will decide.

Mohamed Samir is a lecturer on political regimes and Comparative Constitutional Law. He is also a visiting professor at several American universities.

Trump wants to partner with Al-Sisi, Abdullah of Jordan and Israel to fight IS