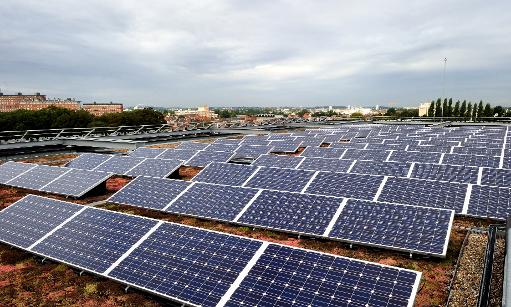 The Egyptian Electricity Transmission Company (EETC) plans to address solar energy investors to repay the third instalment of a cost-sharing agreement worth EGP 10bn for each company in January.

Sources at the Ministry of Electricity said that EETC contracted with the Electric Power Systems (EPS) to prepare for reports related to establishing four plants with the purpose of transferring energy produced from solar plants planned to be built in Banban, Aswan. Reports are scheduled to be completed in the next 10 days.

The sources added that the engineering consulting office will take over the evaluation of Banban in Aswan before presenting it to investors.

The cost-sharing agreement is one of five types of agreements investors may sign in order to establish new renewable energy projects according to the feed-in tariff system in Egypt. The agreement includes investor participation in the cost of connecting planned solar power plants to the national electricity grid, as well as connecting them to infrastructure projects in Banban.

All companies under the cost-sharing agreement that have secured land for the construction of a solar energy plant in Banban also paid an estimated EGP 20m of the cost of connecting it to the grid. The total value of connecting the power plants to the national infrastructure is EGP 32m for each company, with an additional 12.5% in other expenses.

The sources explained that XD Egemac Company will complete the construction of four power plants in Banban by February.

The sources said that the EETC delayed in paying XD Egemac’s dues, and thus the construction of the four power plants was delayed.

The sources explained that four out of 12 electricity transformers with a capacity of 175 MVA have been installed with concrete bases.

XD Egemac Company contracted with the Ministry of Electricity to supply plants and transformers that transfer electricity produced from solar energy projects in Banban according to a feed-in tariff value of EGP 650m.

Gheit El-Enab sells electricity to government for EGP 21,000 a month