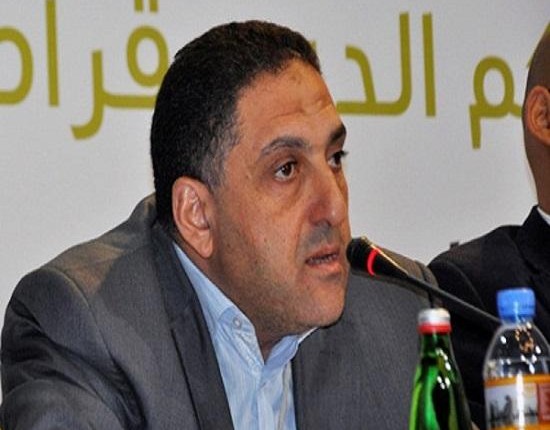 The Supreme State Security Prosecution extended on Tuesday the detention of journalist Hisham Gaafar on Tuesday for another 45 days.

The coming session will take place on 7 February.

The original date of Wednesday’s session was scheduled on 28 December, but was postponed due to failure of the prison authorities to escort him.

Gafaar, who is managing director of Mada Foundation for Media Development, faces charges of belonging to a terrorist group and receiving foreign bribes. He was arrested on 21 October 2015 when police forces raided the Mada Foundation in 6th October City.

He was declared missing after security forces took him to an undisclosed location for 48 hours. His lawyers later found him at the State Security Apparatus prosecution and it was discovered that he had been held at Al-Aqrab maximum security prison.

His arrest sparked concerns from other local rights groups, who highlighted legal violations he faced while in detention, such as not allowing his defence lawyers to attend the investigations with him.

His family cites a lack of medical care, claiming he suffers from a swelling in the prostate, diabetes, and high blood pressure. The family also added that he was banned from having prescription glasses, which further affected his eyesight.

Gaafar is not the only researcher that is being detained. Another is investigative journalist and researcher Ismail Alexandrani, who is accused of belonging to the banned Muslim Brotherhood group, spreading false information and rumours with the aim of terrorising people.

The prominent researcher was detained in November 2015 after the Egyptian embassy in Berlin issued a memorandum against him, according to his wife Khadeega Gaafar.

Several activists have speculated that the two journalists might be on possible pardons lists yet to be issued by the Egyptian presidency. For now, however, the two remain in detention.

The Detained Youth Committee was established based on recommendations made during the National Youth Conference that took place in October. During the conference the veteran politician Osama Al-Ghazali Harb called on the president to release young detainees. The committee has been tasked to compile lists of detainees they believe warrant a presidential pardon.