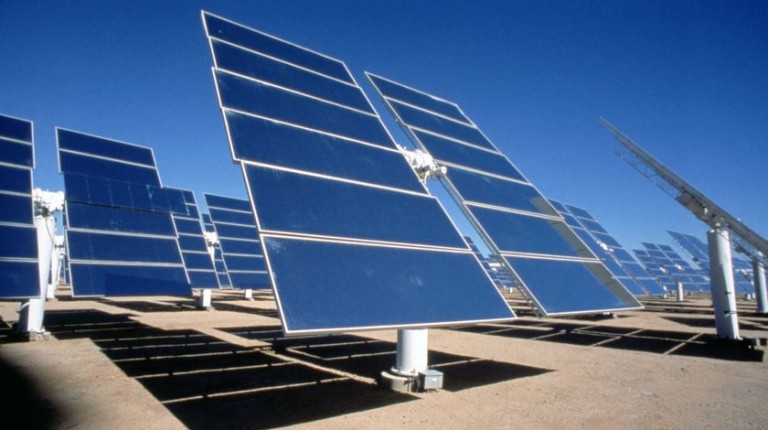 Medhat Shokry, CEO of Infinity Solar Systems, said that the company contracted with the Alexandria Electricity Distribution Company to buy the production of two solar power plants in Bashayer El Khair 1 project with a total capacity of 120 KW. The monthly revenue from selling electricity amounts to EGP 21,000.

Shokry added that the company established a solar power plant on top of the trade market building with a capacity of 93.3 KW. Another solar power plant was established in the training and operation centre building with a capacity of 25.5 KW. The total cost of both plants reached EGP 1m paid by a number of businessmen, along with Infinity Solar Systems.

He said that the company donated a 120-metre shade umbrella to the project to cover three cafeterias in the trade market.

The launch of the network and the installation of the metre to calculate the monthly return produced from the plant are currently being conducted.

In September, President Abdel Fattah Al-Sisi inaugurated the Gheit El-Enab project, which is located within the development plan of Alexandria’s informal housing areas with a total cost of EGP 1.2bn, in the presence of senior state officials and a delegation of media and journalists.

The project is built on 12.3 acres and was implemented in two years. It consists of a residential compound that contains 17 residential properties with a total of 1,632 residential units accommodating approximately 9,000 people. The compound includes a hospital with 150 beds, a clinics compound, a dialysis unit, and an emergency unit.

He added that the company is cooperating with the government in the development of informal housing areas, and that it is currently studying the establishment of solar power plants in the region for the Bashayer 2 and 3 projects.

He stated that the projects do not pose burdens on the government, as they are implemented through donations and contributions from businessmen, private sector companies, and under the supervision of the armed forces.