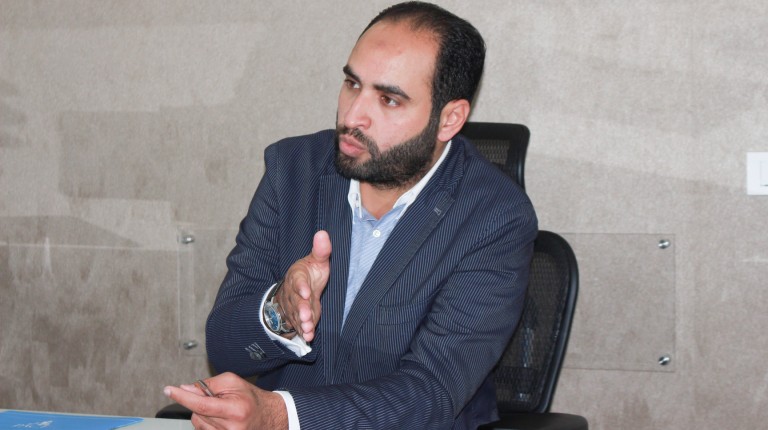 PACT is a real estate company who is currently present in the real estate market by its project White Bay in North Cost of Egypt. It is also willing to be present with a new investment opportunity, represented in a housing project, during the current year.

In this regard, Daily News Egypt met with PACT’s board of directors’ chairman, Mohamed Gamal, to discuss the steps taken in the project, especially under the changes that economy n Egypt faced lately.

Can you tell us a brief about White Bay?

The project is located on 80 feddans in the North Coast. It is being established on four phases during seen years, with a percentage of constructivism less than 15%. 770 units to be built, and it the project is planned to be handed in 2021.

Can you tell us about the amount of investments in White Bay?

PACT for real estate investments is willing to pump investments in its main project during this year, White Bay, in the North Cost. These investments are amounted to EGP 220 million.

The total amount of the projects’ investments since it started reached EGP 330 million.

What about your proximate plans?

We are planning to deliver the project’s first stage during 2018, thus the company is now working on finishing this stage, as well as the landscape, during this year.

We are also working on the concrete work of the first stage to be finished by next June.

What are the challenges that are facing you?

Mainly the increase if the investment cost due to the un-peg of the exchange rate. The investment cost reached EGP 2 billion; this means that there are EGP 400 million more than what we planned when we launched the project.

How did the company deal with the economic instability?

The company extended the payment order’s period; this was after the changes that the market witnessed. It was a way to deal with these changes of prices in the market.

We are also making an agreement with one of the banks to launch the mechanism in favour of the company’s progress, to offer more facilities to our clients.

I believe that the real estate companies will tend strongly to extend the payment order’s period, till the extent of periods orders that would reach 10 or even 12 year, especially those with strong financial solvency that can bear this large period.

The solution of extending the payment period will require decreasing the money’s amount during the installment period.

How about promoting your product?

We already marketed for 250 units from the total units of the project, till the moment. The company aims at marketing 25% from its total units abroad, whether for Egyptians abroad or foreign clients. We strongly believe in the importance of exporting real estate aboard, to energize the local market and the real estate market in Egypt.

Did you take any actions after the decision of flotation?

We raised the units’ prices by 15% since the flotation’s decision, till the moment. After un-pegging the exchange rate, and its impact on the cost of implementing the project, it was normal.

I also expect other increases during the season of the summer, so that the total increase would reach 30% in the project during the current.

Under the umbrella of the instability of the exchange rate, I could see that the increase even could reach 40% throughout the current year.

So how about the sales in the summer’s period?

I expect it will be strong and active, and won’t be affected by the late prices’ increase, as the purchasing power is still the same, especially in the tourism projects.

How do you see the importnace of the quick finance?

The incomplete funding real estate system, in a way that serves all the residential slides, including from low-income people and the luxurious housing, is an obstacle against the expansion in the real estate market.

Offering quick finance to the investor enables him to implement quickly his project, and to start new ones.

How does the company seek compensation as the price at the phase of contracting differed from the price that represents the current and actual cost?

The company always reviews the cost’s study to evaluate the level of risks in the project. In the parallel market the company put the project’s plan in US dollar, what helped it to make marketing plan and fixing prices that are suitable to the period of un-pegging exchange rate.

In addition to White Bay, are there any other plans?

White Bay is our most important project which supports our existence in the real estate market. We are keen on delivering what promised on time. In addition, to present various products in the market, we target a new investment opportunity, through implementing a housing project.

How do you see foreign investors could be attracted to invest in the local market?

There has to be incentives for foreign investors in the local market, in a way that does not contradict with the state’s rights or the law. This is a way to achieve development. Also it will be a mean of providing the state of the dollar’s flow needed in the upcoming period.

It is very important to solve the problem of investors, but we should not depend on that to attract them.

I would like to add that the foreign investor should be offered legal guarantees and stable law/regulations in order to implement his projects in the local market.

What do you think about the actual crisis for the real estate companies who bought land from the Tourism Development Authorities?

PACT to launch third phase of White Bay project in May

34% of Egyptians live in insufficient housing

Soma Bay: the secret gem of the Red Sea coast

Toward decentralisation: Palm Hills looks to government to initiate move beyond Cairo’s bounds