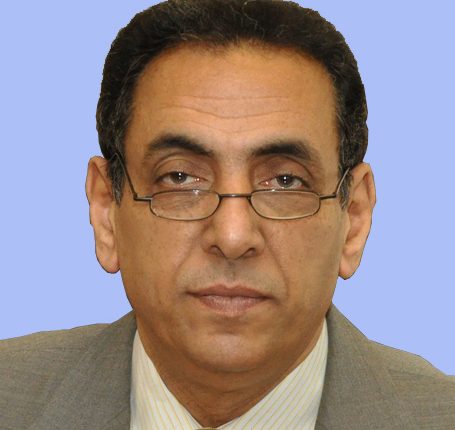 Give me my freedom, release my hands
Indeed, I’ve given you yours and did not try to retain anything
Ah, your chains have bloodied my wrists
I haven’t kept them, nor have they spared me
Why do I keep promises that you do not honour?
When will this captivity end, when the world is before us?

This was how Om Kolthoum sang Ibrahim Nagy’s poem Al Atlal” (The Ruins). While I was looking at Alexandria’s angry sea, I was stunned by the words when Om Kolthoum said, “your chains have bloodied my wrists” and “why do I keep promises that you do not honour?”

Maybe she voluntarily left herself in this illusionary captivity, which she could free herself from, especially that her lover is keeping her captive without anything in return. What I found weird, though, was how she asked for her freedom instead of actually practising it. I then stopped the song.

My thinking took me to a traditional story, a paradox of the famous character, Djoha.

The stories about Djoha and his donkey are genius, probably made up by people to offer cynical humour inspired by life’s stories to criticise authorities in discreet mockery, at a time when the price of overt mockery was getting killed and imprisoned.

If you look back at the history of most of the older civilisations, you will find Djohas in Istanbul, Anatolia, Rome, Baghdad, Iran, Armenia, Bulgaria, Kurdistan, India, and China. Wherever there were tyrannical rulers, people’s wrists were tied by chains that bloodied them and spoiled their lives.

I thought of one of the stories told by people about Djoha. The story said that a farmer went to Djoha to ask him for a rope to tie his donkey in front of his house. Djoha did not have a rope, but he gave advice to the farmer, saying, “you have to make this donkey think that you tie his neck with a rope. Pretend you tied him, and this donkey will not leave his place. That is what I did several times with my donkey who eventually believed the trick.”

The farmer listened to Djoha’s advice. The next day he found his donkey right where he left him. The farmer patted the donkey and moved him to take him to the field; however, the donkey refused to move. The farmer tried relentlessly until he felt despair.

He returned to Djoha to ask for his advice. He asked him, “did you pretend untying the donkey?”

The farmer responded, “it was not a tie.”

Djoha said, “but the donkey thought he was tied.” The man returned and pretended to unfasten the rope, so the donkey moved with him deliberately.

It inspired me an unfair comparison between the chain of “Ruins” and the chains of “Djoha’s donkey”. There is no big difference between what happens in the wild and in the world of humans. We do not mean to compare the donkey to nations and people. We want to say that the people may fall under false pretenses that restrict their minds and seize their souls, bringing them despair and frustration. It happens perhaps because of wrong habits, unconsciousness, or someone who seeks every day to convince people that it is impossible to do better. The media also tells them that they are very poor and that the whole world conspires against them.

The government continues its bias towards savage capitalism through tax exemptions, financial policies, and laws formed by the parliamentarians in favour of businesspeople.

The new Investment Law returned the private free zones wasting billions of pounds of taxes and customs. Propaganda stupidly harms the regime when it fools the people and tells them that all these measures are in favour of the people, while the citizen is actually suffering from chains.

Does the media realise its crimes’ impact? Does it not know that a nation whose generations always talk about the weakness of the state and the failures of its institutions will stay desperate? Does the propaganda realise that the people know well that media tycoons get paid millions of pounds while they demand them to be patient and endure low living conditions?

Gentlemen, you should give the people hope and free them from the illusions of fear, poverty, and weakness. Egypt will never die, and you should not stigmatise the state of disintegration.

Do not compare Egypt to Iraq, Yemen, Syria, and Libya, as you should compare it to Germany and Japan after World War II. You should also show some respect and appreciation for the people, and free yourselves from the restrictions and delusions of Djoha’s donkey.
Prof. Dr. Mohamed El Saadany is the Vice President for Graduate Studies & Research at Misr University.

Revisiting the concept of propaganda through art