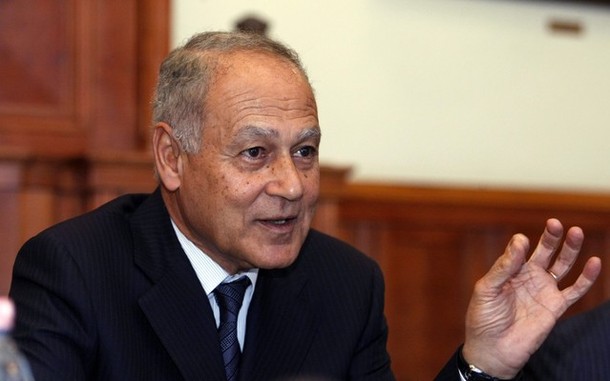 Secretary-general of the Arab League Ahmed Abo El-Gheit expressed his support for the Kuwaiti efforts to tackle the Gulf crisis. During a phone call with Kuwaiti first deputy premier and minister of foreign affairs Sheikh Sabah Al Khalid Al Jaber Al-Sabah on Monday, Al Sabah updated Abo El-Gheit on the latest of the Kuwaiti mediation.

Abo El-Gheit praised the Kuwaiti efforts to end the dispute, saying to Al Sabah that “efforts exerted by Emir of Kuwait Sheikh Sabah Al Ahmed Al Jaber Al Sabah represent all Arabs, not only the Gulf cooperation Council (GCC),” according to Mahmoud Afifi, the spokesperson of the secretary-general of the Arab League, in an official statement.

Kuwait is believed to play an important role in ending the latest tension between Qatar and other Gulf countries, similar to the role it played in 2014. It also has strong ties with Doha, especially after Qatari support for Kuwait in international forums.

The secretary-general of the Arab League expressed hope that the efforts to find a solution for the crisis will be successful and benefit all parties. He hopes to establish relationships without interfering in any country’s internal affairs and maintain respect for their political choices. These goals are in addition to confronting terrorism, the statement read.

Kuwait’s Emir said to the state news agency Kuna that it was difficult for him to see the conflict among the members of the Gulf Cooperation Council almost four decades after building the alliance. “No matter how difficult the efforts, I will do my best to mediate among the brothers,” Al Sabah added.

On Monday, US defence secretary Jim Mattis said the blockade against the state of Qatar by Gulf states, including Saudi Arabia, was a very complex situation and was an area where common ground had to be found.

Qatar’s Emir Sheikh Tamim bin Hamad Al Thani had inherited a difficult situation and was moving in the right direction, Mattis added. The statement comes ahead of talks between the US and Saudi Arabia’s foreign minister Adel Al Jubeir in Washington, DC. Qatar is moving in the right direction when it comes to curtailing its funding of terrorism, Mattis added.

According to Qatari foreign minister Sheikh Mohammed bin Abdulrahman Al Thani, Qatar still does not know the reasons that prompted economic sanctions imposed by the Saudi Arabia-led bloc of nations.  Al Thani said during his European tour that the state of Qatar does not accept any interference, according to state-owned Qatar News Agency. “Whatever relates to our foreign affairs… no one has the right to discuss,” Al Thani said during a visit to Paris.

On Monday, Morocco decided to send food products to Qatar, “in accordance with our Islamic teachings, especially in the holy month of Ramadan,” according to the country’s foreign ministry statement. Moreover, around 300 containers of fresh and frozen food are heading to Doha from the Omani ports of Sohar and Salalah.