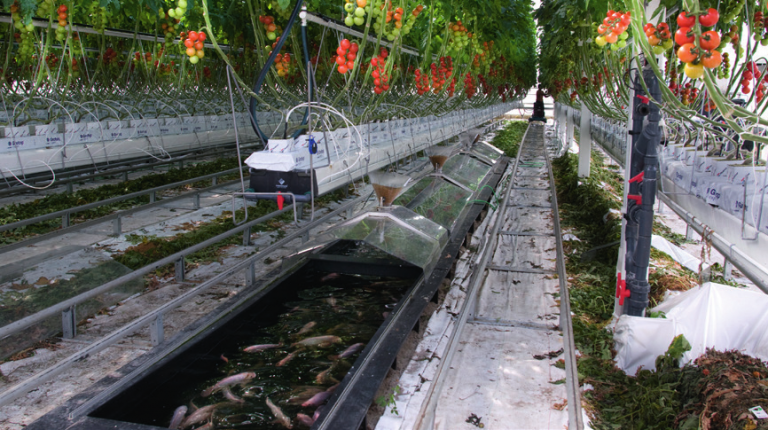 Egypt has relied on the Nile, the world’s longest river, as the main source of fresh water, since the time of the Pharaohs. For thousands of years, annual floods dumped rich silt on the river’s banks, allowing the country to serve as a Mediterranean bread basket.

However, with the completion of the Aswan High Dam in 1970, the annual flood became a thing of the past, and soon Egypt might be unable to even support its surging population, which currently accounts for over 90 million citizens.

In May, the Egyptian Minister of Water Resources and Irrigation, Mohamed Abd El-Ati, has declared a state of extreme emergency as part of the ministry’s plan to get ready for the summer crop season. Abd El-Ati has also launched a campaign in order to limit and eliminate heavy water consumption crops, especially rice.

According to the Ministry of Water Resources and Irrigation, Egypt’s agriculture sector annually consumes more than 85% of the country’s share of Nile water. Despite the fact that part of Egypt’s fertile land was lost due to urbanisation, this has been balanced by expansion of agricultural areas.

Egypt is already facing a water scarcity challenge with the current 600 cubic metre of water supply per capita per year, forecasted to fall below the 500 cubic metre threshold that marks “absolute scarcity” under international norms by 2025. Salinisation caused by rising sea levels could also one day reduce supply.

Trying to deal with the challenges ahead, the authorities took the decision to raise the prices of water household water by around 200%, following Egyptian President Abdel Fattah Al-Sisi’s remark in one of his speeches in 2016 that water was provided very cheaply.

Moreover, the Grand Ethiopian Renaissance Dam (GERD) and hydroelectric plant upstream, with 60% of the construction already completed, is expected to reduce Egypt’s annual share of the Nile. Talks between the two countries have taken place to discuss ways of filling the planned water reserve slowly and to decrease the negative impact GERD will have. No detailed agreement was reached, however.
With the completion of GERD, it would be able to hold around 74bn cubic metres of water. According to Alaa El-Zawhiri, a member of the Egyptian board of experts studying the effects of the dam. He added that while the dam’s reservoir is filling up, water flow to Egypt will be reduced by around 25% or more for 3 years.

Consequently, both fresh water and energy shortages are expected in the next 50 years, especially with the incredibly high population growth rates, according to a report published by the Geological Society of America’s (GSA) earlier in March.

However, the GSA estimates an approximately 100 cm rise in sea levels between now and the year 2100 at the Nile Delta’s coast. The report cited that the total seal level rise could increase due to a lowering in neotectonic levels, which has affected the Nile Delta in the past. This could lead to the displacement of around 2 million people.

A possible solution to alternative cultivation, especially in the wake of water scarcity could be Aquaponics. Which is defined as the integration of conventional aquaculture (captive rearing and production of fish and other aquatic animal) with soil-less culture (growing agricultural crops without soil) according to the United Nations’ (UN) Food and Agriculture Organization (FAO).

To put it simply, aquaponics is a semi-closed ecosystem that makes use of the symbiotic relationship between plants and fish. A tank of fish turns fish feed into waste, and the water is then pumped out of the fish tank onto growing beds where bacteria then converts the ammonia and other fish wastes into fertilisers the plants make use of. The water then continues through a filter bed, until it returns to the fish tanks clear and oxygenated.

The advantage is that the plants are fertilised in a completely organic way, and you get the addition of producing both proteins and vegetables at the same time.

Aquaponics also uses significantly less water than conventional crop-growing. According to the FAO’s, aquaponics reduce water usage by around 95% compared to normal irrigation. Since aquaponics uses a closed loop of recycling water, some water will be lost to evaporation, but it will not be as significant as if the water was being poured on the ground with all the associated run off.

The agriculture sector currently contributes between 20-25% of the global emissions of greenhouse gases. According to the FAO’s “Climate is changing. Food and agriculture must too” report, which stressed the importance of adopting smart agriculture systems that focus on the application of sustainable agricultural practices, leading to increased productivity and the ability to withstand and mitigate the greenhouse gas emissions and to a reduction in the pressure on water resources.

The report cites aquaponics as one of the sustainable farming systems, due to the fact that it simulates nature, where the fish in the water of the ponds and streams and underdevelopment litter is nourished by plants. There is a symbiotic relationship is clear as fish contributes to plant nutrition, while plants provide oxygen and cleans the water for fish.

Moreover, aquaponic could be established on roofs of houses or any limited space, where the plant is placed in the pipeline or growing beds and is exposed to the sun and provided with the required nutrients from the fish tank water. This helps plants grow faster and more naturally compared to planting on soil.

Ashraf Omran, an international expert in modern agriculture and the director of the office of research and development of the African Economic Community, has conducted aquaponics experiments for 25 years with James Rakocy of the University of Virginia.

“We started our experiments with raising fish in fresh water or brackish water wells. After a period of time, the water became turbid due to the increasing ammonia concentration resulting from fish waste. Instead of getting rid of them, we decided to use this water on the roots of plants, to feed them and, in doing so, the plants acted as a natural water filter,” Omran explained.

He recommended choosing specific types of plants, such as leafy plants lettuce, parsley, basil, and mint. He added that, before determining the type of crops, it is necessary to take into account the amount of cultured fish, the amount of water in the basin, and the amount of fish feed.

Aquaponics systems could be used in fields to cultivate fish at the top of the field and recycle the water to irrigate the crop, said Omran. They have successfully applied this system in palm farms as well as clover farms, he added.

Furthermore, the Central Laboratory for Agricultural Climate in Egypt has conducted research on aquaponics systems to test their effectiveness. During the experiment, the same water within the closed system was used without change for more than 10 years, without any effect on the quality of the fish or plant growth.

Prospects of aquaponics in Egypt

According to the FAO, aquaponics is most appropriate where land is expensive, water is scarce, and soil is poor. Deserts and arid areas, sandy islands and urban gardens, are the locations most appropriate for aquaponics because it uses an absolute minimum of water. Which is the case in Egypt. In aquaponics there is no need for soil, and it avoids the issues associated with soil compaction, salinization, pollution, disease and tiredness.  It could improve people in developing countries’ lives by increasing food security, employment opportunities and economic growth.”

However, this technique has various disadvantages as well, as it can be complicated. In addition, small-scale units will never provide all of the food for a family. Aquaponic systems are expensive, as the owner must install a full aquaculture system and a hydroponic system.

Moreover, successful management requires holistic knowledge and daily maintenance of the three separate groups of organisms involved. Water quality needs to be measured and manipulated. Technical skills are required to build and install the systems, especially in the case of plumbing and wiring.

Furthermore, aquaponics require consistent access to some inputs, such as electricity, which is a requirement of all aquaponic systems. Unreliable electricity grids or a high cost of electricity can make aquaponics unfeasible in some locations—in addition to the fact that fish feed needs to be purchased on a regular basis, and there needs to be access to fish seed and plant seed.

However, these inputs can be reduced by using solar panels or any other renewable electricity source, fish feed production, fish breeding, and plant propagation, but these tasks require additional knowledge and add time to the daily management.

Ministry of Irrigation reaffirms Ethiopia has not begun filling GERD

Ethiopia asserts commitment to coordinate with Egypt through GERD negotiations

Government to decide on electricity price increase by end of June

Climate change: A simmering threat to our ocean

Our oceans need a government too