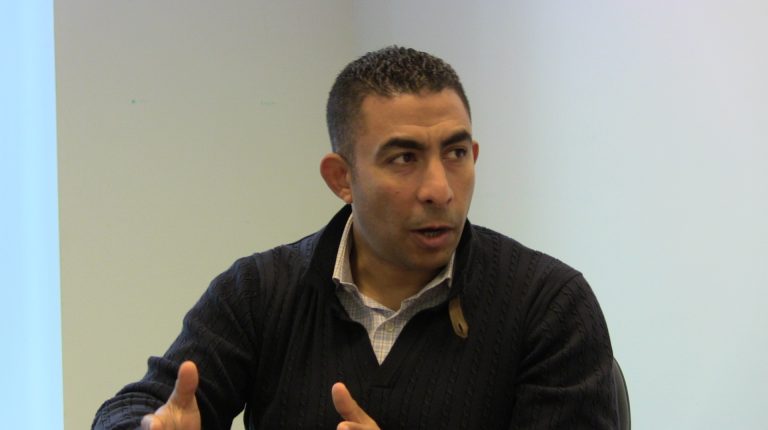 Samsung Electronics Egypt has started to manufacture its most recent TV, QLED, locally in its factory in Beni Suef until the size of 75 inches. According to Sherif Barakat, the vice chairperson of the company, the mother company sees the reforms currently implemented by the state as positive and paving the way for an economic recovery.

Samsung plans to manufacture one of its household gadgets locally in cooperation with an Egyptian partner. Barakat added that the company’s factory in Beni Suef exports its products—nearly 2.8 million devices—to more than 36 countries in the MENA region.

What are the most prominent developments of Samsung?

The factory is taking steady steps and is one of the most prominent five factories of Samsung’s across the world out of a total of 14 television factories affiliated to Samsung. Recently, we were able to manufacture and launch screens of the size of 75 inches with the most developed technology of QLED in Samsung’s factory in Beni Suef. The QLED screens are the evolution of the LED technology.

Currently, we are expanding our manufacturing of screens, to the extent that several contracts were signed with other companies in order to supply them with these modern technology screens.

What are the results of the factory’s exports so far?

The factory exports its products to more than 36 countries in the MENA region, and our factory in Beni Suef is considered one of the most important five factories owned by the mother company across the world thanks to the modern technology used in it.

What is so distinct about your new TV with the QLED technology?

Samsung’s 2017 QLED TVs represent yet another leap forward. The new lineup offers dramatically improved colour performance, displaying DCI-P3 colour space accurately, and in another world first for Samsung, QLED TVs are capable of reproducing 100% colour volume. This means they can express all colours at any level of brightness, with even the subtlest differentiable at the QLED’s peak luminance of 1,500 nits. Colour volume presents colour that can be expressed at different levels of brightness. For example, a leaf can be perceived as different colours, from yellowish green to turquoise, depending on brightness of the light. The Samsung QLED TV display can capture even subtle differences in colour pertaining to brightness. This kind of colour detail cannot be easily depicted in the traditional 2D colour space models. This breakthrough is a result of Samsung’s adoption of a new metal Quantum Dot material, making it possible for the TV to express a significantly improved range of color with much greater detail compared to conventional TVs.

The new Quantum Dots allow Samsung QLED TV to express deep blacks and rich detail regardless of how light or dark the scene is, or whether the content is being played in a brightly lit or darkened room. With its metal alloy Quantum Dot technology, brightness no longer has to be compromised to boost color performance, which is also maintained, regardless of how wide the viewing angle may be.

In addition, we have unified remotes that allow you to use the same remote you use for the TV for the rest of the electronic devices at home. The TV is also supported with an internal receiver. The company has also shorted all cables and electrical connections and turned them into one fiber cable from the screen connected to a small device that can be placed anywhere at home. This device then distributes the data it receives from the screen.

Will the idea of an internal receiver be mainstreamed?

The new production of screens will be supported by these receivers starting at the screen size of 32 inches.

What about your general sales of TVs?

Over the upcoming months, we will be paying special attention to our new products, such as the QLED, in addition to a product like the curve screen TV. We will also continue to expand our smart TV industry.

What is the market share of your company in the field of TVs currently?

Currently, we are leading the local market of TV screens with a 35% market share, according to the most recent report by GFK. The competitor that comes near us is still behind us by 10%. As for the 55-inch screens and the larger sizes, Samsung’s share is more than 60% in that market.

How do you view the current market generally?

After the flotation, there has been a marked downturn in sales of the Samsung TVs. Some competitors increased their prices. The market sales of screens fell by 25% since the beginning of 2017 until June compared to the first half of 2016.

As for the mobile phone sector, sales also declined by 25% in the first half of 2017 compared to the same period in 2016. Sales of the mobile phone market this year reached about $1.2bn, while the market for televisions and household appliances also reached $1.2bn.

We have plans during the upcoming period for the expansion of manufacturing. And soon we will announce new details for the manufacture of a household appliance in partnership with an Egyptian company.

How does the main company see the Egyptian market under the current economic conditions?

South Korea previously experienced conditions similar to Egypt’s now, before it became a major industrial base. Therefore, the main company believes that Egypt’s economic reforms are currently positive steps and moving towards an economic recovery in Egypt. The Egyptian market is also very large and important, and we hope to boost our expansions during the upcoming period.

The dollar price against the pound has fallen slightly over the past few days. Will you change prices?

Of course, any change in the exchange rate of the dollar will be offset by a change in the pricing of our products, especially if this change continues for several days.

The value-added tax (VAT) raised the prices of the devices. How did you deal with that?

This year there was a 1% increase in the VAT. We didn’t charge the customers when it came to TV; however, we did on mobile phones.

How do you view the investment atmosphere now?

The investment atmosphere has improved significantly, but it needs to be accelerated after the procedures. The bylaws of the investment law should be set so that companies can take into account when it comes to setting their development plans.

What are your current expansion plans?

We’re currently working on the expansion of our stores as they have reached 50 so far among the republic through the agents, in addition to various expansions in Upper Egypt in an attempt to spread technology among all governorates. Also, we established the largest mobile spare parts warehouse with enough stock for six months to avoid delays in maintenance.

We are also expanding the “VIP” service, which we offer on certain types of devices and through which the device can be repaired for the customer by paying a small fee, even if it is the result of defective use, in addition to expanding the provision of mobile maintenance vehicles for mobile phones.

What about the company’s financial results?
This year things are going well. The company has made historic profits of $8.8bn in the first quarter of 2017 and $45m for sales, up from 2016.

Factors to watch in Egypt’s stock market in week ahead

Samsung agrees with Raya, B.Tech, Mobile Shop to have its phones paid in installments without interest or down payment