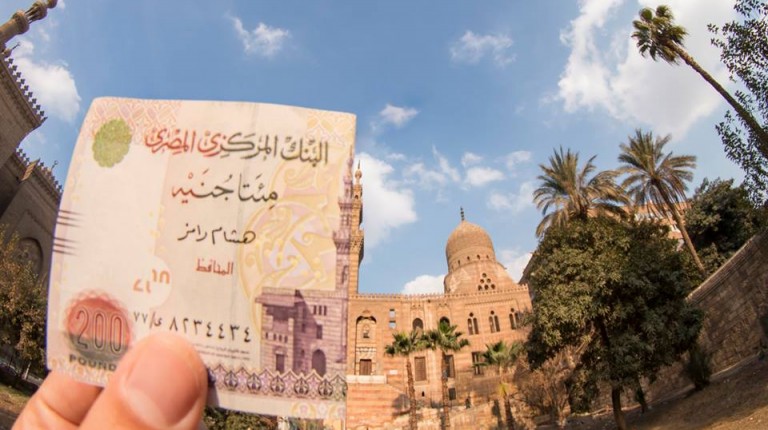 Continuing the success chain that the Ministry of Antiquities has been achieving since the beginning of 2017, a new discovery accidentally saw the light last week when the restorers of the Monastery of Saint Beshoy in Wadi Al-Natroun discovered a collection of wall paintings and architectural elements.

The discovery was made as workers were removing a thin modern layer covering the walls of the church as part of the restoration process the ministry has been applying to the monastery since floods hit the area in 2015.

“The wall paintings and architectural elements date back between the ninth and tenth centuries, which would help archaeologists determine the church’s original architectural style and the stages in which it was constructed,” said Mohamed Abdellatif, the assistant of the Minister of Antiquities for archaeological sites.

Abdellatif added that, according to historical books and religious documents, the Church of St. Beshoy—part of the Monastery—was subjected to several changes and modification in its architecture during the Islamic Period. This happened during the Abbasid Era in 840 AD and the Fatimid Era in 1069 AD.

The discovered walls are frescoes, and they portray angels and saints with Coptic religious inscriptions curved beneath them.

“The most distinguished paintings are those applied on the west and east walls of the church,” said Ahmed El-Nemr, member of the scientific office in the ministry.

One on the west wall shows a woman called “Refka” with her five sons who got their martyrdom during the Persecution of Christians in the Roman Empire. The one on the east wall depicts three Saints and the Archangel with Coptic writings below.

Historical inscriptions were not the only discovery of the church. Throughout the restoration of the church’s court, workers came across “Ambon”, which is an elevated platform with stairs used by monks at the sermon. The newly discovered Ambon is carved in mud-brick covered with a layer of mortar and decorated with a red cross, according to El-Nemr.

Moreover, some geometric drawings, crosses, and letters are found in various parts of the church.

Mohamed Hamada, supervisor of Antiquities of Wadi Al-Natroun monasteries said that the St. Beshoy Monastery is about half a kilometre to the southeast of Deir Al-Surian and about 10 km from the monastery of St. Macarius, located in Cairo-Alex Desert Road.
It has a collection of buildings including five churches, a fort, and different service units, and the tomb of the late Pope Shenouda III Patriarch of Alexandria and the See of St. Mark, he concluded.

Antiquities Ministry is excavating at 30 archaeological sites every season

The World Heritage Committee has to decide

Caves and Ice Age Art in the Swabian Jura

World Heritage: videos from our viewers