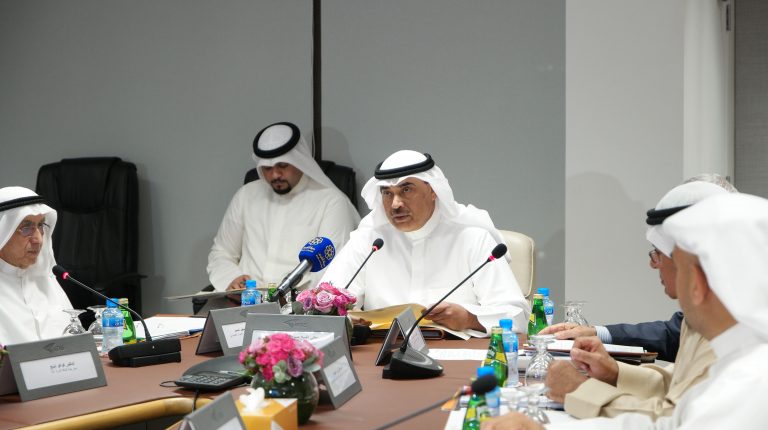 The Forum for African Women Educationalists (FAWE), based in Nairobi, Kenya, received the $1m prize from the 2017 cycle of the Al-Sumait Prize.

The laureate of the 2017 cycle of Al-Sumait Prize for African Development in the field of education was endorsed by the prize’s board of trustees for its exemplary work in education development in Africa. The Al-Sumait board announced its decision at the conclusion of their meeting in Kuwait City.

FAWE was awarded the prize for its achievements in significantly enhancing gender equity and equality in education through targetted programs, having a profound impact on attitudes and practices towards girls’ education and influencing education policies in 33 African countries.

Sheikh Sabah Al-Khaled Al-Hamad Al-Sabah, a member of Kuwait’s royal family, said that the goal of the prize is to promote positive change across Africa, and this newly announced laureate of the Al-Sumait Prize for African Development has been working tirelessly in the field of education to create a positive and sustainable difference across Africa.

For his part, Adnan Shihab-Eldin, director general of the Kuwait Foundation for the Advancement of Sciences (KFAS), which administers the award, said that the organisation awarded the 2017 Al-Sumait Prize in the field of education represents innovative, exciting initiatives being carried out to address education access and quality, as well as gender equity challenges facing Africa.

He added that FAWE will receive the award at the KFAS Prizes Ceremony in December under the patronage of the Emir of Kuwait, Sheikh Sabah Al-Ahmed Al-Jaber Al-Sabah.

Al-Sumait’s board is chaired by Sheikh Sabah Al-Khaled Al-Hamad Al-Sabah, Kuwait’s first deputy prime minister and minister of foreign affairs. Other board members include: Bill Gates, co-chair of the Bill & Melinda Gates Foundation, Dr. Kwaku Aning, chairperson of the Governing Board of Ghana Atomic Energy Commission, chairperson of Ghana Nuclear Energy Institute, and former deputy director general of the International Atomic Energy Agency, Abdulatif Alhamad, director general and chairperson of the Arab Fund for Economic and Social Development, Tareq Al-Mutawa, executive member of the board of Public Gathering Charity Committee, and Makhtar Diop, vice president for Africa at the World Bank.

Al-Sumait Prize for African Development, which honours individuals and/or institutions who help advance economic and social development, human resources development, and infrastructure in Africa, was established as an initiative of the Emir of Kuwait.

Al-Sumait award, which covers one of three categories each year: health, food security, and education, is administered by the Kuwait Foundation for the Advancement of Sciences (KFAS) and a board of trustees, who oversee the selection of the recipients. The award commemorates the legacy of the late Abdulrahman Al-Sumait, a Kuwaiti physician who dedicated his life to addressing the health, education, and food security challenges confronting Africa and established the Direct Aid humanitarian organisation.

US war films and the African question: reproducing “other” in Black Hawk Down

On World Toilet Day, 44% of Egypt not covered by sanitation services

The fall of the giants