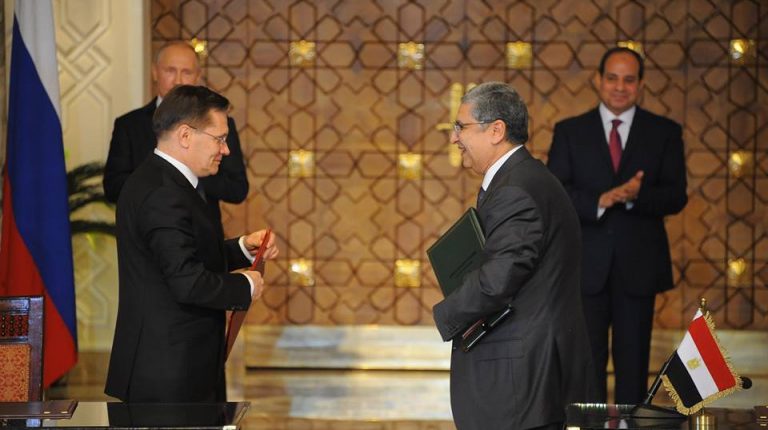 Russia will be providing the first batch of the loan allocated for Dabaa Nuclear Power Plant next month in order to conduct designs and continue the studies, according to sources at the Ministry of Electricity.

The sources said that El the Dabaa plant is in the implementation phase, requiring expenses to complete the designs of the nuclear reactors, in addition to safety and security reports, as well as hiring specialists to work inat the plant.

The reports and designs offor the plants that were previously implementedcompleted by Russia are available., Hhowever, reports and designs suitable withto the nature  of Egypt in terms of climate and environmental impacts, as well as nuclear safety, must be conducted, according to the sources.

They explained that the actual start of the construction work will be in 2020 after obtaining approvals for the project’s precise location, designs, and characteristics.

Establishing the plant is subject to a number of procedures, including ag permission to accepting the location of the plant, in addition to a review of the studies, characteristics, and environmental impact, and a permission to start the implementation after reviewing the first report ofn the plant.

The sources explained that operation licenses will be issued after all the aforementioned procedures are taken, and the plant is then subject to inspection and supervision throughout its entire operational life.

Minister of Electricity and Renewable Energy Mohamed Shaker told Daily News Egypt that the commercial operation of the first reactor in the plant, of 1,200 MW capacity, will be in 2026. Capacities of the second, third, and fourth reactors will be added to the plant respectively, producing a total of 4,800 MW by 2028.

He added that Egypt will start repaying the first portion of the Russian loan in 2029, upon the commercial operation of all units, as the energiesy produced from the plant is sold.

He added that the peaceful Egyptian nuclear programme will lead to introducing new industries and will improve the quality of Egyptian industry, in accordance with the quality standards required for nuclear industries.

It will also lead to developing the abilities of local industries in the field of manufacturing electric and mechanical equipment used in nuclear plants.

The percentage of local contributioncomponents in the first and second units will increase from 20% to 25%, and then gradually increase to reach 30% in the fourth unit, according to the minister of electricity.

He stressed that El the Dabaa plant will play a major role in the diversification of energy in Egypt and enhancing its regional and international position.