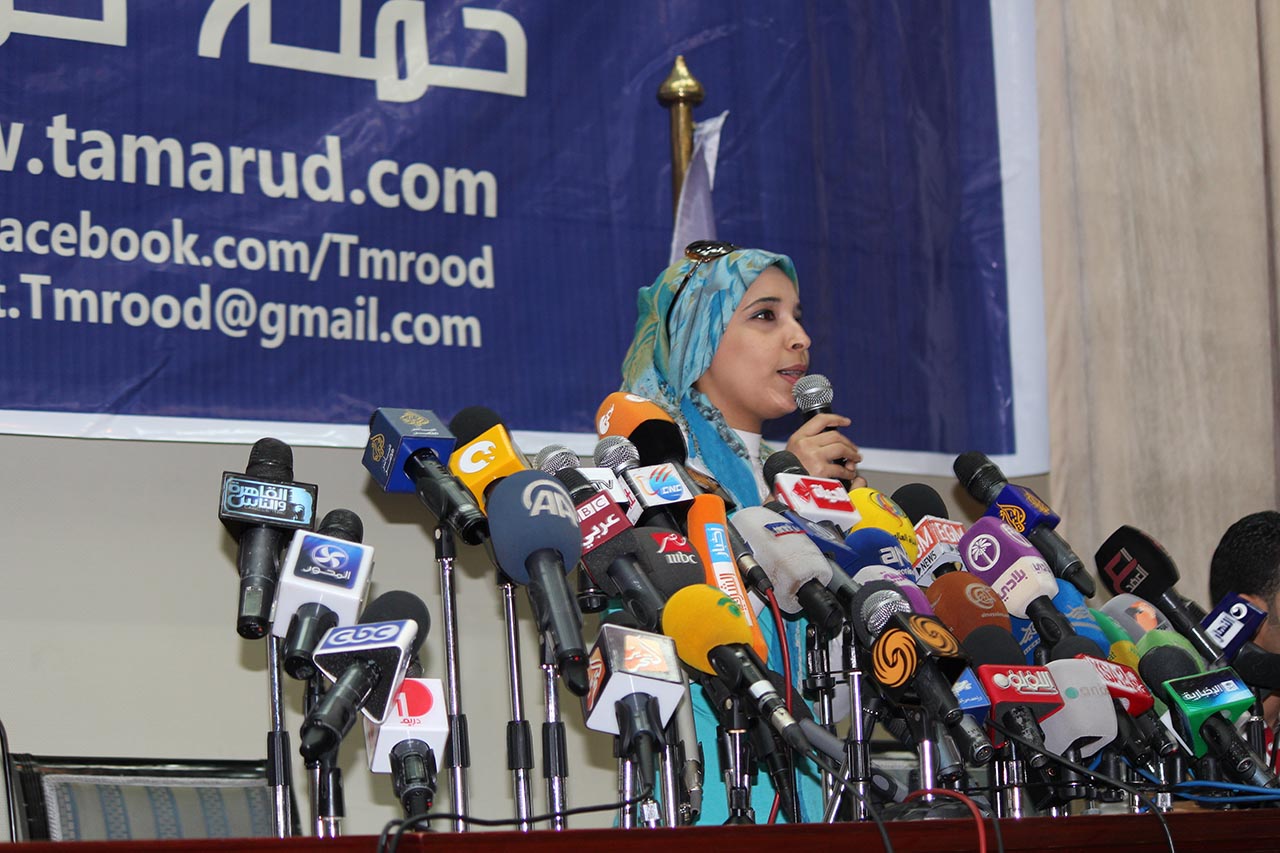 Almost two years ago, Saudi Arabia launched a coalition with several Arab states to fight the Houthi rebels in Yemen. Since that intervention in 2015, the conflict only escalated further, bringing dire humanitarian conditions to the country.

Over the past 33 months, the situation on the ground in Yemen witnessed many developments, the most recent significant example being the killing of former president and key player Ali Abdullah Saleh.

Moreover, Saudi involvement in the war heavily increased in 2017, allegedly to stop Iran’s regional expansion, a purpose the kingdom also used when mobilising Gulf countries against Qatar and when reportedly forcing a resignation upon the Lebanese prime minister.

In addition to the war in Syria, the global threat of terrorism and extremist groups, and political turmoil in several countries in the Middle East, Yemen is caught up in a fight of internal and external powers. Experts do not seem positive about a proximate end to the war and are sceptical of victory.

On Thursday, escalation renewed. US Ambassador to the UN Nikki Haley accused Iran of supplying ballistic missiles to the Houthis in Yemen, in violation of UN resolutions. Haley displayed debris recovered by Saudi Arabia as evidence, thus supporting the kingdom’s claim against Iran after a missile was lunched from Yemen towards Riyadh’s airport in November.

In response, Iranian Foreign Minister Mohammad Javad Zarif accused the US of cover-up of and complicity in war crimes in Yemen.

“While Iran has been calling for ceasefire, aid and dialogue in Yemen from day one, [the] US has sold weapons enabling its allies to kill civilians and impose famine,” Zarif tweeted on Friday. But Iranian Revolutionary Guards Corps (IRGC) Commander-in-chief Mohammad Jafari said “victory in Yemen is near.”

In March 2017, a Reuters report said Iran planned to give more empowerment to the Houthis. Citing a senior Iranian unnamed official, the report said the IRGC decided to increase the amount of help given to the Houthis, including arms support and training. “Yemen is where the real proxy war is going on and winning the battle in Yemen will help define the balance of power in the Middle East,” the official said.

In April 2017, the Saudi embassy in the US released a 60-page report on the Yemen conflict. Its cover page included the unnamed senior Iranian official’s statement to Reuters, quoted above.

Saudi Arabia accused the IRGC and Lebanon’s Hezbollah militia of aiding their allies in Yemen. The report justified Saudi Arabia’s intervention, supported by the US, by saying it would avoid a civil war in Yemen after the 2011 uprising against Saleh and prevent the rise of terrorism but the Iranian-backed Houthis sabotaged efforts for a peaceful transition of power.

The kingdom said it came under attack by Houthi military offensives—including 40 intercepted missiles launched at Saudi territory between 2015 and 2017—which required protection of the gulf region’s national security against an arsenal of ballistic weapons, tanks, and other advanced military equipment.

The report said Saudi Arabia made achievements in Yemen. The first cited was the “Improved Containment of Iranian Influence on the Arabian Peninsula” which it said it did by intercepting naval vessels providing arms to the Houthis.

Secondly, the report said it largely eradicated “Houthi-led separatism” by responding to the request of the Yemeni government to regain control of most of Yemen’s territory.

Thirdly, the “erosion of religious extremism,” because the civil war would have left the country vulnerable to the rise of terrorist groups, such as the Islamic State group (IS) and Al-Qaeda.

The fourth achievement, according to the report, was the extension of “significant humanitarian support” provided to the country’s population. Moreover, Saudi Arabia claimed diplomatic efforts, in coordination with the UN and the Gulf Cooperation Council, to foster a climate for political negotiations.

The Yemeni Foreign Affairs Ministry published its own report on Friday titled “A refutation of alternative evidence. Yemen, a case study,” in which it stated that Saudi Arabia and the US failed to prove Iran’s delivery of weapons in Yemen and that UN experts found both US and Iranian components in the missile fragments.

The report said that “more than 10,000 people have been killed in over two years of heavy airstrikes and fighting which have destroyed countless schools, hospitals, factories, and other civilian targets,” for which it blamed Saudi Arabia and the UAE.

The report focused on the humanitarian situation as well as Saudi Arabia’s purchase of weapons, and support it has been receiving, from the US including information, logistical assistance, and “daily refuelling of warplanes by US personnel.”

It established that Saudi Arabia purchased forbidden weapons such as cluster munitions and that the administration of former US president Barack Obama signed the “highest level of arms sales in the history of the US-Saudi relationship,” with a total of 42 deals worth $115bn.

Moreover, Iran blamed Yemen’s famine on the blockade of the country’s ports. The report also denied Iranian provision of ballistic missiles used in Yemen, saying they had been purchased in past decades form different sources, such as the former Soviet Union.

Lastly, the report said that “it’s time to recognise that there is no military solution” in Yemen and that there must be an immediate ceasefire and dialogue, which Iran would be committed to facilitating.

Both sides claim to be in support of national dialogue and political stability in Yemen. They both also assert humanitarian concern and assistance to the Yemeni people.

The actual situation is different. In his statement on Monday, UN Humanitarian Coordinator for Yemen Jamie McGoldrick called on parties to “facilitate unimpeded aid delivery,” estimating that 8.4 million Yemenis are at risk of famine.

In November, the UN Office for Coordination of Humanitarian Affairs (OCHA) said Yemen was facing the fastest growing cholera epidemic ever recorded; as figures stood at 2,200 deaths and 895,000 suspected cases since April, the majority of which were children.

Saudi-led Operation Decisive Storm was launched in 2015, which added to the already complex situation in the country.

Yemen had been suffering a civil war between the north and the south until unification took place in 1990.

A military man, Saleh was Yemen’s long-time president, first named as president of North Yemen in 1978 as a successor to assassinated president Ahmad bin Hussein al-Ghashmi.

In 2004, a rebellion against the government was led by the Shiite cleric Hussein Badreddin al-Houthi, in Sa’dah in northern Yemen. He was killed in clashes that resulted in thousands of casualties.

Saleh was accused of corruption and blamed for the country’s poverty but remained president until 2011 when he faced a popular uprising against him.

He survived an attack on the presidential place but was wounded in the explosion, travelling to Saudi Arabia for treatment.

After his return to Yemen, Saleh agreed to transfer power to his Saudi-backed deputy, Abd Rabbu Mansour Hadi.

However, he then allied with the Houthis who forced Hadi to flee the country.

The Houthis are officially known as Ansar Allah, a group which rose in the 90s based on Zaidism, a Shiite sect. The group is named after long-time rebel leader Abdul Malik Al-Houthi.

The group opposed former president Saleh during nationwide protests against him in 2011, then participated in the political talks that followed and brought Hadi as the interim president.

In 2014, they overthrew Hadi and allied with Saleh’s forces, taking control of the capital Sanaa.

According to Charles Schmitz, scholar at the Middle East Institute, Saleh was aiming to lead Yemen’s political future, hoping to weaken the Houthis. In an article with the BBC in February 2015, Schmitz noted that the Houthis had the upper military hand and could repress attempts to “undermine the movement,” saying that Saleh may become their “prisoner.”

On 4 December 2017, that prediction became true. The group announced it killed Saleh, shortly after he turned against them and declared a restoration of ties with Saudi Arabia.

His son has vowed to drive the Houthis out of the country.

‘Development is weapon against terrorism, poverty, disease,’ Al-Sisi from China

Medicine authority law to be issued within two months: Rady

In midst of recession, clothes retailers call on Ministry of Supply to start sale season early