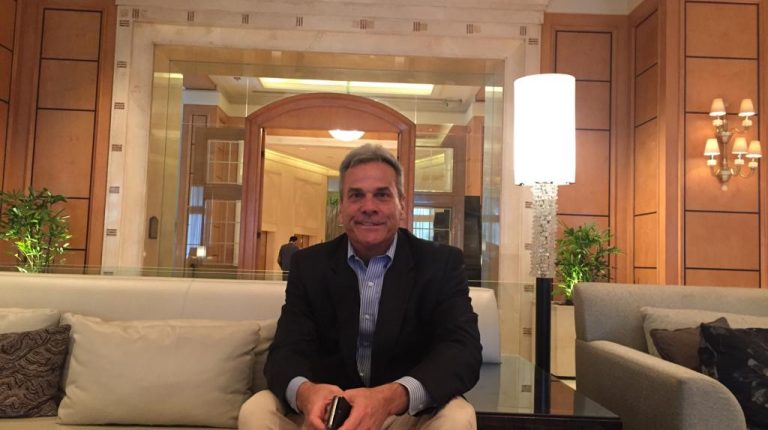 Switzerland, a tiny country with limited natural resources, brightly succeeded in turning from poverty to prosperity and has reached a high status among international economies. Swiss Made: The Untold Story Behind Switzerland’s Success discusses how such a small country could achieve such progress. In the book, by American-Swiss writer R James Breiding, the author tries to reveal Switzerland’s recipe for success in producing remarkable innovations, ideas, and products in various industries, not just the well-known ones like banking, watchmaking, and chocolates, but also pharmaceuticals, machinery, and even textiles, explaining how Switzerland has become an entrepreneurship “paradise” for investors from across the world.

Breiding is an investor and visiting scholar, elected a fellow at Harvard’s Center for International Development, and is the founder and owner of Naissance Capital, a Zurich-based investment firm. He writes for The Financial Times, The New York Times, The Wall Street Journal, and The Economist. He visited Cairo from 18-23 March to launch the Arabic edition of his book. His best-selling book has already been translated to seven languages, including French, German, Japanese, and Chinese. It was originally published by the British book publishing firm Profile Books in the UK in 2013.

“The book is issued in seven languages before we decided to include Arabic too, especially since we have more than 350 million Arab readers, so ‘why don’t we issue an edition in Arabic?’ I asked Breiding, and he agreed, so I acquired the rights to start,” said John McCarthy, publisher of the book’s Arabic edition, adding both men are very excited to launch it from Cairo as it is “the culture capital of the Arab world.”

Daily News Egypt interviewed Breiding to discuss about his book, his visit to Cairo, key aspects of Swiss success, and whether Egypt can follow the Swiss model. Below is the transcript of the conversation, lightly edited for clarity.

How did Switzerland change its past, present, and future to be at the top of the international market with a strong economy and success in different industries?

Well, there are many secret aspects that contribute to this success. We are a very poor country in terms of natural resources, so we decided to depend on human resources instead. We had no oil or cows, except maybe for milk cows. So we started producing innovations, ideas, and products.

Speaking of human resources, Switzerland has notable experience in qualifying individuals through public education. How has this helped the country?

I think the biggest secret of the country’s success is that everyone is guaranteed equal opportunities for outstanding levels of education.  Switzerland has a comprehensive public schools system of a very high level, which is for all people without discrimination. All citizens start in the same system. The success of this model of public schooling makes going to a private school considered a failure. It’s a negative aspect in our country. This is opposite to other places which look at private schools as a positive thing.

I think the third aspect of success is that you don’t have to hold a college degree from an outstanding university. This tends to be the mindset in France, the US, and the UK, not in Switzerland. Here, young individuals have choices from an early age (15-18 years old) to decide whether they are meant to enter the academic field, research, or meant to be applying knowledge through repairing elevators and making watches, etc. Even if after that you feel your choice was wrong, you have the chance to start again due to the flexibility in the education system, which prepares them to get better jobs that match the economy as well as their skills.

Do think all these advantages that Swiss people enjoy are the result of the country’s success or causes?


Immigrants are very important to Switzerland’s success; they are bringing new ideas and more energy. They are more prepared to take risks, they are already outside of their comfort zones, they don’t have families or friends, and all they want is to start, from a new country, their projects. I think that all the major Swiss companies had been founded usually by an immigrant alone or in partnership with Swiss citizens.

How did Switzerland’s political system affect the country’s progress?

I believe that the political system is very unique in Switzerland as it gives people a hand in controlling their own lives without someone who determines their future. Self-reliance upgrades our society. Even though countries such as France, Egypt, and China are top-down, Switzerland is not like them, as the most important person is the citizen, with the people at the top. The system should give people power to make achievements.

Can Switzerland maintain such success?


We can maintain our achievements through appreciating and understanding where we came from, reminding ourselves that it is not easy, but is getting more difficult. This is something we should be proud of. I think what makes Swiss people successful is that they put values and social norms into success.

Swiss voters rejected, by nearly 77%, a proposal to introduce a universal basic income in 2016. Do you think this goes against Swiss values?

Well I think that Switzerland is like a laboratory, in need of a political system which has so many referendums to decide a lot of issues publicly and openly. But sometimes, we have referendums which are negative, and then five years later they may pass. However, this has benefits in raising debates and awareness of many issues. I think in these cases, people are sensitised to the issue and it isn’t rejected a hundred percent. But it goes against the core concepts of self-reliance.

Do think that Egypt can apply the Swiss model?


Of course, if it can create an environment to attract entrepreneurs, for example, and young people, encouraging them to take risks and undertake new businesses. If it could do things to encourage them, it would be something positive. If it could improve its education system and allow people to have an equal opportunity of outstanding education, that would be also a plus. It also can look at how Switzerland is very successful in developing certain clusters of industries, such as machines or pet food, whatever it might be.

You are here in Cairo, signing the Arabic edition of your book. How do you feel about that?


I am very excited to be in Cairo, and to be honest, I wasn’t enthusiastic about the idea at the beginning. It was John [McCarthy]’s idea, I was a little bit busy with my new book. But I realised that there are more than 350 million people who speak the Arabic language and that I don’t know so much about the Arab world and culture, so I found it as an opportunity for me to learn more about them.

Tell us more about your next book?


My new book, Too Small to Fail, talks about how some small countries are very successful, depending on the environment, clean energy, etc, like Ireland and Singapore.  And how they excel over big countries.

What’s your advice for individuals and countries which are struggling to succeed?

Pick a little area and dominate it, pick some part of a business and be extremely good at it. That would be my advice and then the whole world is yours. Why is Egypt successful at running the Suez Canal? Because it is a unique project and it runs it very well, though of course it can be taken to the extreme. Also, Egyptian cotton is the best cotton in the world; you can have that again. We live in a world where customers can come from anywhere and money can come from anywhere, thanks to technology.

One of King Farouk’s watches to be auctioned

Barcelona and the Catalan question