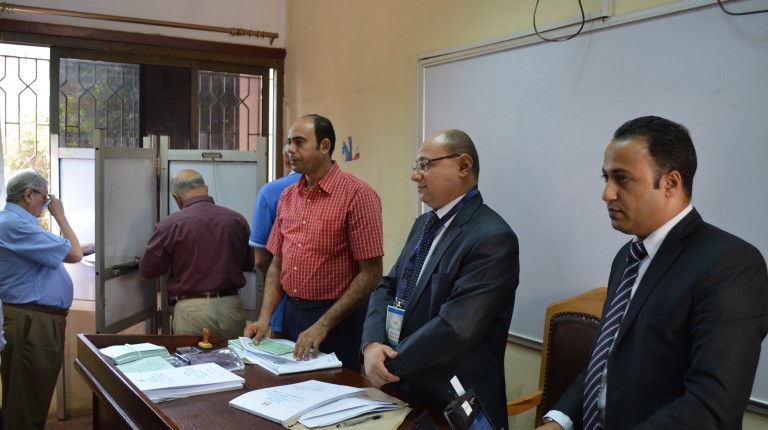 Egypt kicked off its international roadshow for its upcoming eurobond issuance on Wednesday, as the most populous Arab country is getting ready to hit the global debt market again through a €1-1.5bn bond issuance, one governmental source told Daily News Egypt.

“The meetings are scheduled to take place during the next three weeks and to conclude a final decision about the issuance by the beginning of May,” the source said, speaking on condition of anonymity.

The government has hired Banca IMI, BNP Paribas, Deutsche Bank, and Standard Chartered Bank to act as joint bookrunners for the issuance on the Luxembourg Stock Exchange.

“Subject to market conditions, the country will proceed with the planned debt sale after the meetings, offering notes with maturities of eight and/or 12 years,” according to a document acquired by Reuters.

Minister of Finance Amr El-Garhy said earlier that Egypt will conduct a roadshow to promote the eurobonds issuance in a number of European countries in April.

“The proceedings of the sale will be used to close the country’s financing gap,” the source added, without giving further details.

Egypt issued $7bn in eurobond sales in January and May 2017 on the global bond market, both of which were oversubscribed.

The country has embarked on a bold economic reform programme that included the introduction of taxes, such as the value added tax (VAT) and cutting energy subsidies, with the aim of trimming its budget deficit.

It floated its currency in November 2016 before it clinched a $12bn loan from the International Monetary Fund (IMF).

Egypt is to receive a fourth disbursal of that loan, worth $2bn, in June or July, the Finance Ministry said in previous statements, bringing the total it has received from the loan to $8bn.

Egypt’s growth to accelerate to 5.5% in FY 2019: Standard Chartered