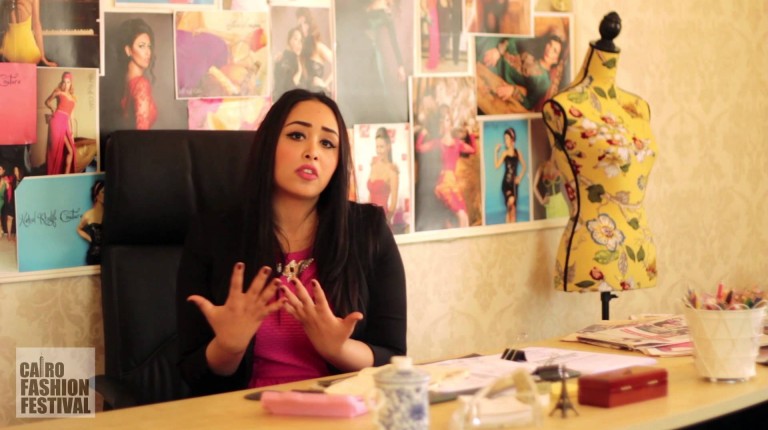 After the 25 January revolution, talking about politics became so popular among Egyptians that the famous saying “Egypt has 100 million political analysts” spread.

However, politics is a science, which is why Daily News Egypt spoke to Hassan Salama, a professor of political science at Cairo University and the National Centre for Social Research, and a member of many of the political bodies that provide vision for decision-makers.

We talked to him about the presidential election, its implications, and results, as well as how to qualify young people to compete and bring the spirit back to waning political parties.

After Abdel Fattah Al-Sisi was announced the winner of the presidential election, how do you see the situation?

The situation of the election has showed the cohesion of Egyptians, as well as their awareness during historical moments. This election was true democracy.

What are the implications of the turnout announced by the National Electoral Commission?

The number of voters has showed a great degree of national cohesion with bias towards the 3 July state, which represents the national project that conflicts with “Khawarij Al Asr” project (so-called kharijites of the time [fundamentalist opposition]) and the American project. I must also make it clear that the calls to boycott the election were ignored by citizens, and the attempt of terrorists to scare citizens also failed.

Is the number of voters in the election and candidates for the presidency important in terms of assessing political life?

Of course it is. Elections are a real test of the loyalty of citizens to this country. The recent presidential election was a real test of the democratic construction that resulted from the 30 June revolution and the high level of awareness among citizens that followed. Egypt is fighting against terrorism and violence on behalf of the world, seeking at the same time to continue the development battle through a network of gigantic development projects that reflect a long-term strategy Egypt has been missing for years.

How do you respond to the allegations raised about the absence of competition in the past election?

The election cannot be seen as competitive, but rather, a way to highlight the value of democracy and the law, as well as a message to the world that we respect the law and the constitution.

We should not limit ourselves to numbers and figures when it comes to this election. It has reflected a civilised image of Egyptians and made them able to realise that their vote matters, and that conspiracies, of all kinds, will not be able to cause disunity.

How do we assess the performance of the National Electoral Commission?

This election is the first to be conducted after the formation of the National Electoral Commission. Its performance was impressive, starting from the first voter database until the announcement of the result.

I said the queues that some people have commented on are a positive point for the commission, since its good organisation caused no hustle and an ease of procedures; if there was poor regulation, we could had found long queues, even if the number of voters was small.

How is the commission’s work system determined?

The commission was formed according to articles 208, 209, and 210 of the Egyptian Constitution. It is formed from within the judicial system, being the trusted entity to manage the presidential, parliamentary, and local elections to be held early next year and is completely independent.

Did the commission succeed in the filtering of voters and overcoming the chronic problem in Egypt at that point?

It did succeed. It ruled out some 1.5 million votes from the databases while increasing the voter database by 10 million. This is done through periodic registration and linking between citizens’ national IDs and the voter database.

Was the transparency of the election clear to the world?

The election was held under the eyes of the whole world. The commission granted monitoring permits for more than 60 global and local organisations. This election was the focus of the world’s attention. Allowing organisations to cover the election, to follow in that big picture, gave great credibility to the process.

Why did the opposition miss the scene?

We have 104 parties in Egypt. All conditions were set to allow them to connect with citizens and compete, but they failed for a simple reason: many of them do not understand the concepts of parties or preparing candidates to compete. That is why they missed out.

Where is the role of the state in educating the youth to revive political life?

The state has established the Youth Academy and it was inaugurated in a grand ceremony in the presence of the president of the republic, which earned it credibility and assures the determination to achieve its objectives on the one hand and accountability on the other.

The formulation of a training programme is two-pronged: theoretical and field-wise, where youth from all walks of life are available, as well as from all bodies and ministries, as long as the requirements for admission to the academy apply, they can join. This is important in the integration of youth and bridging the gap between them and among different ideas. It also achieves justice among youth leaders, regardless of their intellectual and political affiliations. It will also enable the state to fill the shortage of leadership according to the needs of different ministries and agencies. These groups will be informed and trained political leaders and will change the form of political life in Egypt.

What is the difference between the Youth Academy and the Egyptian Socialist Youth Organisation of the 1960s?

There are fundamental differences between the Egyptian Socialist Youth Organisation and the Youth Academy. Each of them is the result of circumstances and the environments in which they appeared. Each of them also responds to an essential need. The Egyptian Socialist Youth Organisation was essentially a political organisation that aimed to ensure the support for the existing regime. This is unlike the academy, which will train young people on the science of management and leadership based on the philosophy of participation and positive interaction.

Meanwhile, the Egyptian Socialist Youth Organisation was organised under a single political organisation that needed an arm to mobilise young people around the system of government.

The academy comes in the shadow of partisan pluralism approved by the constitution, but a fragile pluralism by virtue of the recent emergence of existing parties.

The task of the academy here is to rehabilitate young people professionally, administratively, intellectually, and politically, so that the parties are able to perform their functions of political formation and recruiting qualified youth to participate in political work. In other words, we can say that the academy is an elite factory.

How do you evaluate the experience of Al-Wafd Party in the past election?

The observation of the election indicates the participation of Al-Wafd Party in it. Al-Wafd has many leaders and is one of the parties that practice the political process professionally, aware of the meaning of competition. As Bahaa El-Din Abu Shoqa said, they will be ready to compete in 2022.

How do you explain the absence of a political party or movement for the president?

The president has the popular backing of ordinary citizens. The achievements of his first term gained him credibility that reflected on the turnout during the election. Al-Sisi did not want to form a party of stakeholders like other regimes, because we are in the process of development for the ordinary citizens who usually do not practice political life or enrol in any parties.

What is the president’s plan for the next stage?

The stage since 2014 until now aimed to stabilise the pillars of the Egyptian state and institutionalise it. We will gain the fruits of this effort in the coming four years. All of us have to bear it, as we do not have other alternatives.

The president will complete the course of economic reform he has initiated and will expand national and development projects.