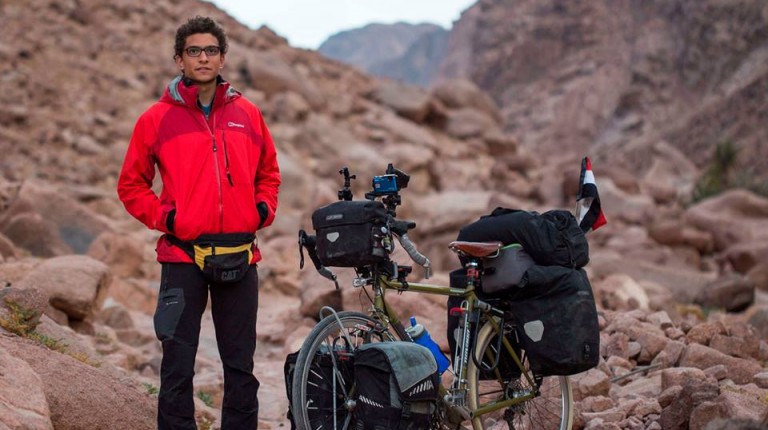 An out-of-focus black and white portrait captures a young girl with a wide gaze looking directly into the camera in anguish, despite her emotionless features, while her tiny breasts are tightly wrapped with a piece of cloth to prevent them from growing. The image was one of several others that were captured by Egyptian photographer Heba Khamis, leading her to win first prize in the World Press Photo Contest this year, becoming the third Egyptian photographer to ever be granted the award.

Under the name Banned Beauty, Khamis featured the stories of young girls in Cameroon who get their breasts ironed in order to prevent them from growing, due the belief of their mothers that this reduces their chances of being raped and hopefully saves them.

In a set of black and white portraits, she documented the brutality of girls who go through breast ironing, mostly under the age of 10, at the hands of their own mothers and grandmothers. Meanwhile, her portraits offered another perspective; their mothers’ love mixed with agony in doing such acts to their daughters.

By documenting several mothers massaging their young daughters’ breasts with hot stones or heavy sticks in order to prevent their breasts from developing, Khamis spotlighted how largely common the act is among Cameroonians, adding the stories of most of the girls that allowed her to capture them while undergoing the painful process that lasts for a month on a daily basis.

Flattening breasts is a habit that remained globally unknown, until 2006, when the German Agency for International Cooperation (GIZ) discovered it accidently. According to the statistics published with the photo series, local NGOs estimated that around 25% of women in Cameroon have undergone some form of breast flattening; in some areas that rises to over 50%. The habit also spreads across neighbouring countries in west and central Africa.

Most of the girls Khamis featured in her project are aged between seven and 11. The methods used to flatten their breasts are usually either with a hot stone or a thick wooden stick and stone to pressure the breasts, preventing them from growing.

Meanwhile, most of the captured shots were intentionally taken out of focus. With the emotionless faces and the surrendering bodies, Khamis featured the agony, instability, and misery these girls endure.

Graduating from the Faculty of Arts of Alexandria University, Khamis shifted her career to photography to specialise in documentary photography, focusing on social and humanitarian issues in Africa.

The Queen: beginning of a new era in Arab media

In the faces(s) of disaster