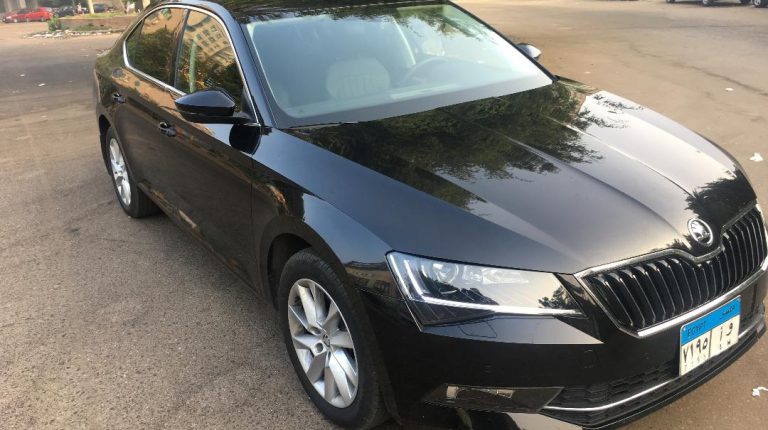 Japanese automobile companies operating in the Egyptian market, such as Nissan and Toyota, are looking to funnel new investments into the market, but they face some obstacles, said the political and economic counsellor at the Japanese Embassy in Cairo, Hiro Ichiba, in an interview with Daily News Egypt.

“It is necessary to finalise the new automotive policy which has been discussed by the Egyptian government for many years, otherwise it will be difficult for the automotive companies to make decisions,” Ichiba said, noting that automotive sector in Egypt requires high-quality supporting policy.

“It is important to develop this kind of supporting industry to encourage the Japanese automobile companies to invest more in the Egyptian market,” said Ichiba.

In general, what do you think about the current investment climate in Egypt?

Do you have any additional advice to improve Egypt’s business environment?

There are some sector policies that should be made in order to create incentives for investors of foreign companies to invest more in the Egyptian market.

Could you please provide more clarification?

For example, in the automotive sector, there are some companies such as Nissan and Toyota that would like to expand their investment and manufacturing in Egypt. They need to make decisions to invest more so it is necessary to finalise the new automotive policy which has been discussed by the Egyptian government for many years. This issue needs to be finalised, otherwise it will be difficult for the automotive companies to make decisions.

What is your view of the Egyptian economy and investment climate?

I think that the Egyptian economy is showing some improvements due to the economic reform programme which is being implemented by the government. The macroeconomic indicators are going well, for example, real GDP growth rate is set at 5.8% for fiscal year 2018/19, the fiscal deficit is expected to be less than 10% of GDP by the end of FY 2017/18, and foreign reserves are also increasing after the introduction of the floating exchange rate in 2016, reaching $42.6bn at the end of March 2018.

I understand that the IMF positively appreciates the progress of the economic reform, so the reform programme is showing welcome signs and I think we need to maintain it, and in order to maintain the positive trajectory, we hope Egypt will continue to work on the measures like fiscal consolidation through subsidy reform and revenue increase, and also the reform of state-owned enterprises. The market needs to enhance the private sector’s competitiveness and employment measures.

Which economic sectors are attractive for the Japanese companies in the Egyptian market?

In the electricity sector, there are some projects under way, for example the Hamrawein 6,000 MW coal power plant project, which Mitsubishi Hitachi Power Systems (MHPS) is working on, while Toyota Tsusho Corporation and Marubeni Corp are participating in the project.

Another example is the Qena 1,300 MW gas-fired power plant project. Toyota Tsusho Corporation is interested in the project, and in the Gulf of Suez wind plant project as well.

Toyota Tsusho Corporation is very active in the Egyptian market and also in Africa. It is a very aggressive, active company. The company has already signed an agreement for one of the projects and now is thinking about another one.

The petroleum and gas sector is another attractive sector for the Japanese companies in Egypt. Toyota Tsusho is negotiating a contract to set up a refineries complex in Suez.

The Egyptian government announced last September its plan to establish a petroleum refinery complex with Toyota Tsusho Corporation with investments of more than $3bn, according to a press release of the Petroleum Ministry.

The press release added that finalising the detailed studies should be done by the end of the first quarter of 2018 to be put on the production map of 2021.

What is the value of Japanese FDI in the Egyptian market according to latest statistics?

Foreign direct investments (FDI) from Japan in FY 2016/17 was $93m. Actually, now, around 50 Japanese companies are working in the local market. I think the Japanese businesses are recovering after the reform procedures.

Is there interest from Japanese companies to pump investments in Egypt?

What about expansions of Japanese companies already present in the market?

Sumitomo Electric Wiring Systems has built its second factory in the market. The first one is in Port Said and the other new one is in Sixth of October.

The automobile sector will also witness new expansions if the government solves the previous obstacles which I mentioned to you.

Many people say that there is potential in the market in the food industries sector. For example, Ajinomoto Co is working in this market, as is Japan Food Solutions. We understand there is huge potential in this sector.

What about the updates of bilateral projects such as the fourth metro line; the first phase’s construction contract was supposed to be signed at the beginning of 2018?

Taisei Corp and Orascom have not signed the construction contract yet for this project. There are many components of the phases: the first is regarding consultations, the second about civil engineering, and the third is about railway systems, then there is the implementation phase.

The tender was closed in July 2017 and the National Authority for Tunnels (NAT) is now consulting the terms of the contract with the companies.

When do you expect the contract to be signed?

We are not sure regarding the timing. We are not negotiating, so we cannot expect.

What about the Japanese support for the Grand Egyptian Museum (GEM)?

Last December, Sahar Nasr expressed her interest in introducing Japanese equipment and technology to the GEM during her visit to Japan. We appreciate her interest, but we prefer the project to be completed as soon as possible.

I would like to know more about the Japanese support for primary schools in Egypt. The new system was surprisingly delayed last October; what is the situation now?

We are closely cooperating with the Egyptian side right now on this file.

What will be their geographical distribution?

I’d prefer you ask the Egyptian side for more details.

Moreover, Egyptian students can benefit from the bilateral plan of sending 2,500 students and trainees to Japan in five years.

What are the updates of the Borg El-Arab Airport project?

The extensions of Borg El-Arab Airport were agreed in 2016 and we are working on it. The tender will be opened hopefully this year.

What about the outcomes of the recent JICA visit to Egypt?

Kitaoka expressed his respect for the economic reforms Egypt is carrying out and for the leadership Egypt is showing in the stability and growth of the Middle East and Africa region.

He visited an elementary school where Japanese-style education is being introduced on a trial basis. He also visited Cairo Opera House, which was established through a Japanese grant, as well as the Grand Egyptian Museum site.

What do you think of the Egyptian presidential election?

So, I think Japan is looking forward to continuing working with the Egyptian leadership for the next period.

JICA supports Egypt for inclusion of persons with disabilities

1,500 teachers to be selected for Japanese schools in June: education minister

Toyota Tsusho looks to raise its investments in Egypt