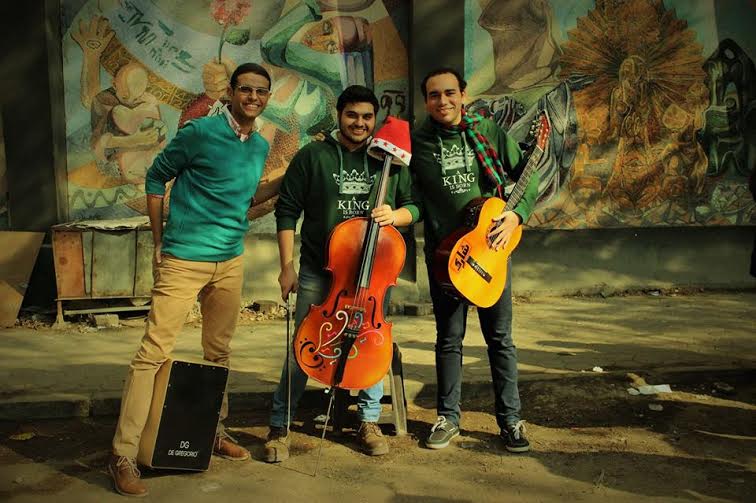 Passing by Superman waving at attendees and stopping to greet them while the Joker stands still with his green hair and wide, wounded smile taking selfies with fans who are all dressed in costumes and have been preparing for months for the gala event; that was one of the regular scenes at the 2018 Middle East Film and Comic Con (MEFCC).

The massive rooms of the Dubai World Trade Centre were filled, earlier this month, with cosplay and superhero characters who spent their weekend celebrating their passion among similar geeks.

Dressed as their most beloved characters, visitors showed up in mostly hand-made designs, which they spent months preparing and tailoring. Other than having fun, as the only Middle East platform of connecting geeks and comic lovers, people eagerly wait for the annual event to get inspired, evolve their work, and promote it.

Dressed as Aquaman of DC Comics, Seif Zulfakar stepped inside the hall, capturing attentions with his golden, glittery costume. Zulfakar is a Pakistani comic artist, who was born in Dubai and lived there his whole life.

“I’ve loved Aquaman since I was a little kid. His way of applying justice, and seeking fairness, while a lot of people find him silly because he is always dressed like that,” Zullfakar said while pointing at his costume.

His handmade outfit took him a month of preparing; from buying the materials until finally sewing them all together in order to come up with a costume that is match for his superhero.

Zulfakar insists on participating every year, ever since Comic Con landed first in Dubai five years ago, because he believes it is a one-of-a-kind chance to meet people like him who are obsessed with costumes, comics, and art.

For him, such a major event is a chance to network with people from his field, as well as to get inspired with new ideas to apply to his work.

“Yet above all, the one ultimate reason of participating, is that we [cosplay participants] make children happy when they see us and take photos of us,” he explained.

“Antar and Abla” was a costumed couple who roamed the room promoting their latest comic book under the same title that was just released on the market.

Natalia Abu Shakra is a Russian-Jordanian artist who illustrated the story in collaboration with her colleague, Haidar, at Kalimat, an art production company.

Dressed as a princess from the old Arabian days, with a long green gown and a loose red headscarf covering her hair as they used to dress in the past, and a warrior wearing a  bronze breastplate, a shield, and a sword, Natalie and Haidar could not find a better event to promote their new comic book.

Their comic book presents a modern, comedy perspective of the famous Arab love story of Antar and Abla. Antar, who was a slave and a warrior known for his ultimate physical power, courage, and wisdom, fell in love with Abla, who was famous of her alluring beauty. Through his poems, Antar described his journey of doing what was believed to be impossible in order to gain permission to marry her.

Away from the cosplay, in the artists’ alley, hundreds of artisans from all over the world gathered to showcase their talents in drawing, makeup, and even creating comics, including the Egyptian comic book, “Lamis”.

Lamis is the first female superhero comic book in Egypt, first published in 2016. The comic book features the story of a drug dealer named Lamis who gains superpowers and uses them to achieve her good-nature goals. The series takes audiences into the deep world of drugs and dark human nature, revealing the shades of good and bad in each character that readers eventually can personally connect with or see themselves in.

The character first saw the light at the hands of Safia Baraka, an Egyptian of Palestinian origin who wrote the story, and with the help of her husband, Hamid Yehia, who drew all of the illustrations; thus, the couple created Egypt’s first woman superhero.

“This event is considered the hugest and most successful affair for comic lovers in the Middle East, and being a part of it is one of the ultimate achievements Lamis has made in its two-year lifetime,” Baraka said.

With hundreds of visitors from different backgrounds stopping to see and know more about the book from Baraka and Yehia, the couple believe that the Middle East Comic Con allowed them to meet around 100,000 comic passionates that they would not have found anywhere else.

“We could not believe the warm welcoming Arabs showered us with in the three days, for having the first superhero Arab comic in which the superhero happens to be an Egyptian woman!” Baraka said.

From the discussions the couple had with attendees of different ages and backgrounds, they believe that the Arabic-speaking audiences are eager to find their own comic books that tell their stories and deal with their backgrounds.

“We witnessed ourselves how eager Arabs are to know, read, and be introduced to comics from the Middle East. We were overwhelmed by the number of appreciating and thrilled people of knowing about Lamis,” Baraka explained.

Creating a wider fan base across the nation was not the only achievement of Lamis’ participation at the MEFCC. “We got to be introduced to local and international publishing houses which we have been seeking to be adopted and funded by for a long time,” she pointed out.

Inspired and encouraged by the connections they made during the Comic Con, the two are currently working on creating a series of comics in which each will have its own character and Lamis will be the connection among them all.