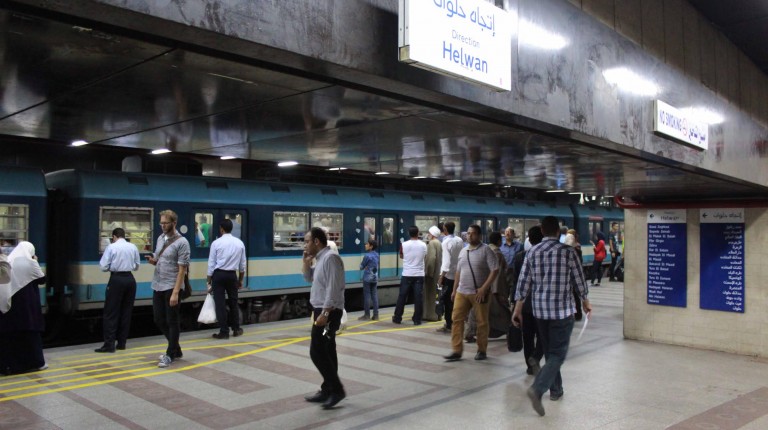 Janet Heckman, managing director of the Southern and Eastern Mediterranean region at the European Bank for Reconstructions and Development (EBRD), said that her bank is finalising a new financial agreement with the Egyptian Ministry of Transportation to buy six trains for the second line of the Cairo metro.

“We are discussing the terms and hopefully we will finalise the agreement in the next couple of weeks,” Heckman told Daily News Egypt, noting that the EBRD is quite positive about opportunities to cooperate with the Ministry of Transportation, as the traffic issue is critical in Cairo and Alexandria.

The EBRD’s cooperation with the Transportation Ministry is an appropriate use of the banks’ resources, as it matches the local market’s needs, said Heckman.

Cooperation opportunities with the Transportation Ministry include various projects, like dry ports, roads, railways, and the metro, said Heckman, adding, “we work very closely with the Ministry of Transportation; last year we signed an agreement worth €300m for the Egyptian State Railway.”

The EBRD launched the public-private partnership (PPP) for six dry port projects at the bank’s headquarters in London in early 2018, said Heckman, noting, “this is quite significant because PPP projects help to reduce the government’s burden of financing projects and boost the private sector’s investments.”

Heckman mentioned that her bank is working very closely with the other financial institutions that are active in the transportation field, like the African Development Bank (ADB) and the European Investment Bank (EIB).

Egypt is a founding member of the EBRD and has been a country of operations since 2012. To date, the bank has invested €3.6bn in 80 projects in the country, according to the bank’s website.

The EBRD’s areas of investment include the financial sector, agribusiness, manufacturing, and services, as well as infrastructure projects such as power, transport, and municipal water and wastewater services.

Egypt has opportunity to transition to higher growth levels: EIB