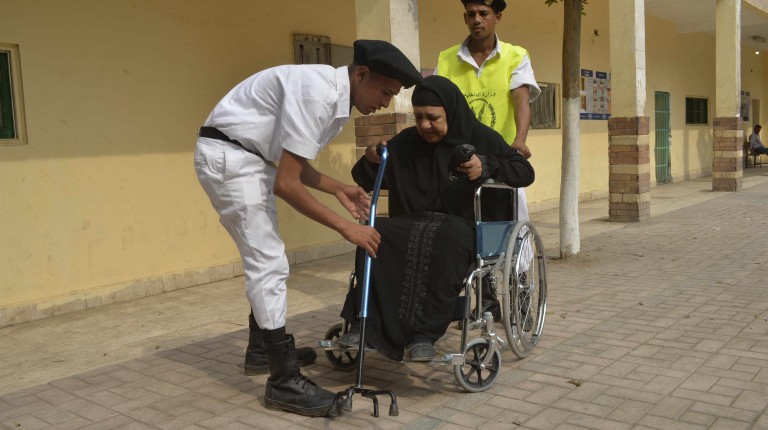 Egypt’s President Abdel Fattah Al-Sisi has called on the new government of Prime Minister Mostafa Madbouly and acting minister of housing to amend flaws of the Egyptian healthcare system, asserting the significance of the new national health insurance system and citizens’ rights to access distinct healthcare.

Al-Sisi on Sunday met with Madbouly and the ministers of health, finance, housing, and communications and information technology, as well as the newly appointed director of the country’s General Intelligence Service (GIS), Abbas Kamel.

During the meeting, Al-Sisi called upon the concerned officials to prepare polyclinic hospitals in all governorates, carry out medical examinations for Hepatitis C virus, implement medical check-ups for youth and children under the age of 18, and finalise the waiting lists of surgery patients through the upcoming six months.

In December 2017, the parliament approved a comprehensive national health insurance bill, which is expected to be implemented in six stages and may take until 2032 to be fully finalised.

According to the bill, the price of insurance per person to be collected from employees for the Comprehensive Health Insurance Law is 1% from workers’ monthly income, who are insured under law No 79 of 1975. The rate will be 5% from the income of employees and freelancers, who are not subject to law No 108 of 1976.

The government plans to supply 10% of the tobacco tax to the new health insurance, and 10% of health treatment will be paid for by the recipient under the new system.

However, the new promising system raised criticism and concerns that it may be a gateway to privatise health insurance. The Doctors Syndicate expressed its concerns regarding some articles of the bill in a statement, saying that the bill is “stripping the citizens of their rights” to access distinguished healthcare services.

The syndicate pointed out that the bill depends on providing health care services through contracting with certificated and accredited hospitals, without clarifying the destiny of hospitals, whose standards are decreed, after including them in the new system.

Doctors fear that the government will resort to the private sector to improve the existing public hospitals, which could widen the influence of private companies over the healthcare system, leading to managing the hospitals in a way that serves their favours and burdens limited-income households.

The syndicate also rejected “imposing fees that could impede citizens from being treated if needed,” calling for them to be replaced with “standard fess around EGP 5 for a check-up, and 10% of medicines’ value.”

It further stressed on the urgent need to support medicine manufacturing in Egypt, in order to provide required medicines and other treatment supplies, as well as filling the critical gaps in nursing staffs and emergency doctors in public hospitals.

2.6% increase in manufacturing, extractive industries index in May 2018: CAPMAS

Minister of finance sets the price of tobacco products

New educational system to be implemented next September: Shawky