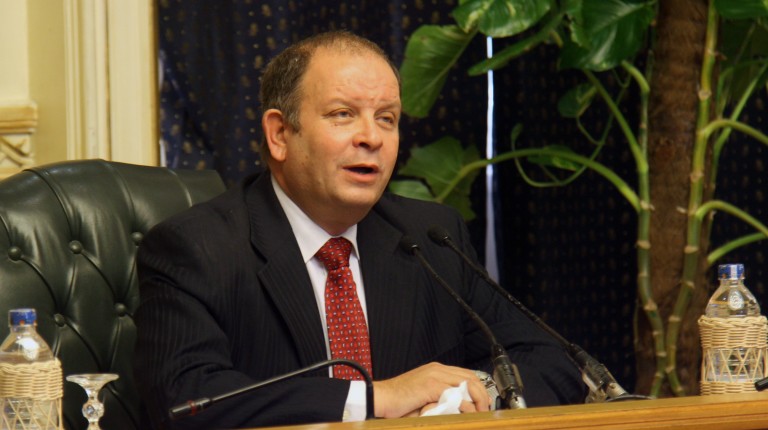 Telecom Egypt (TE) has signed an agreement with Liquid Telecom from South Africa to continue building “The One Africa” fibre optic network, which would pass through South, Central, and Eastern Africa. He considered it an opportunity for TE to penetrate Africa and discover new investment opportunities.

Khaled Negm, the former minister of communications and information technology, said that Egypt has several important resources thanks to its strategic location in the middle of Africa, Europe, and Asia. These resources include international cables, whether marine or land.

“We have the ability to connect the east and the west through fibre cables. We can be a portal to Africa, which would bring us many benefits, especially that there are many African countries with high growth rates and promising economies,” he added.

Many African countries achieve strong growth rates for their economies and these countries need a technological infrastructure, which would represent a great investment opportunity.

This cable will also help African countries connect with Europe, Asia, and the Americas. Egypt will thus be a key part of connecting the African nation to the world.

The former minister of communications believes that Egypt, represented by Telecom Egypt, has an experience in investing in cables and fibre networks, especially since it has about 17 submarine cables.

He said that the agreement signed between Telecom Egypt and Liquid Telecom would have a positive economic impact on Telecom Egypt’s revenues, especially as international vector activity is a major source of revenues for Telecom Egypt.

Last week, Telecom Egypt and Africa’s leading telecommunications group Liquid Telecom announced at the annual meeting of the African Bank for Export and Import (Afreximbank) the signing of a memorandum of understanding that enables the first to complete the African terrestrial fibre optic network from Cape Town to Cairo soon.

Under this agreement, Liquid Telecom will be able to enter into several agreements with Telecom Egypt (We) to enable the first to connect its network in Sudan to the network through the interconnection between the two networks to complement the 60,000 km network extending from Cape Town through all countries of South, Central, and East Africa to the Sudan border with Egypt.

The One Africa Network has been under construction for more than a decade and provides one of the fastest data transfer services to some of the world’s largest companies on the continent.

Under the strategic partnership between Liquid Telecom and Telecom Egypt, the two companies will participate in the infrastructure and cooperation in more fields that include the services of the joint network, the Internet traffic between the two networks and the interconnection agreement.

TE will provide a means of communication to Liquid Telecom through interconnection services, while TE will benefit from the fibre optics connectivity of Liquid Telecom in Africa.

Africa is on threshold of new phase of economic integration: Afreximbank’s President

Afreximbank directs $150m for factoring activities in Africa until 2021

One year after Egypt floated its currency, foreign investors are back to local stock market

31% of business players expect Egypt, Saudi Arabia & Qatar to deliver the greatest returns over the next 3 years

How one Egyptian family’s $6bn enterprise has spanned the globe