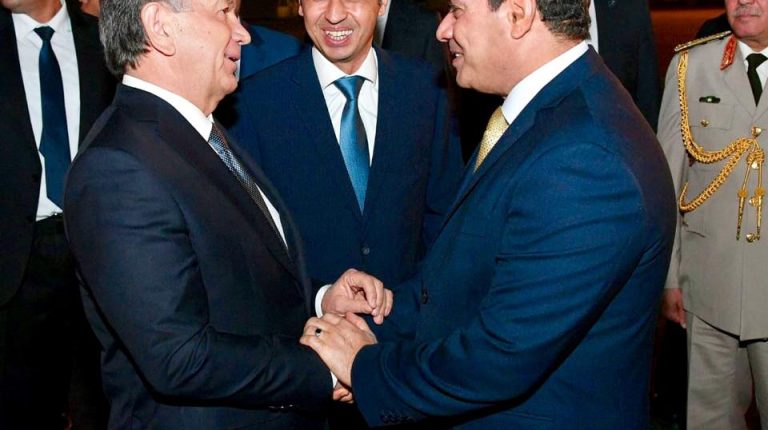 Embattled Yemeni President Abd Rabbuh Mansur Hadi arrived on Monday in Cairo to meet President Abdel Fattah Al-Sisi to address ways of securing the international trade flow through the Bab-el-Mandeb passage against Houthi rebels, who repeatedly attacked oil shipments, since the beginning of the war in Yemen.

The two-day visit is the first one since August 2015 when Hadi visited Egypt to take part in the Arab League Summit as well as attending the inauguration of the new Suez Canal.

During a bilateral meeting, Al-Sisi renewed his country’s support to Yemen’s legitimate government, headed by Hadi, emphasizing that Yemen’s security and stability is essential to Egypt’s national security and to the region’s stability.

Al-Sisi also expressed Egypt’s readiness to increase support for the Yemeni war efforts. On the civilian side, the president vowed that his government could provide more scholarships, training, and medical care for Yemeni people.

Hadi will also meet with Egypt’s Parliament Speaker Ali Abdel Aal and Ahmed Aboul Gheit, the Secretary-General of the League of Arab States.

Last July, Saudi Arabia state oil company Aramco halted its shipments after Houthis attacked two oil tankers, damaging at least one of them. It resumed its shipments through the strait noting that the Saudi led Coalition took ‘necessary measures’ to secure the shipments. The narrow strait links the Gulf of Aden to the Red Sea. Egypt’s military is responsible for securing a safe passage through the strait, which is a strategic gateway to the Suez Canal.

Hadi’s visit came a few days after dozens of school children killed by Saudi and the UAE led Coalition airstrikes, which hit a bus in a market in Dahyan in the Houthis-held north. The bus was carrying about 60 students aged between 8 to 14, as well as their teachers.

Hadi left Yemen in March 2015 to Saudi Arabia after Houthis advanced on Aden, where Hadi took refuge with his forces since fleeing the capital, Sanaa a month earlier.

Saudi Arabia, which supports Hadi’s government against Iran-backed Houthi rebels, intervened in the Yemeni conflict in 2015 to prevent the fall of Hadi.
Saudi and the UAE led Coalition, backed by the US, have launched hundreds of strikes in Yemen, killing thousands of Yemini people including civilians. According to the United Nations Human Rights office, over16,000 civilians have been killed since the war began, most of them by the Coalition airstrikes. Additionally, more than 80% of the population are in need of humanitarian assistance.

Aramco’s oil facilities still within range of our attacks “could be targeted at any moment”: Houthis

Houthis express readiness to hand over Al-Hudaydah to UN supervision