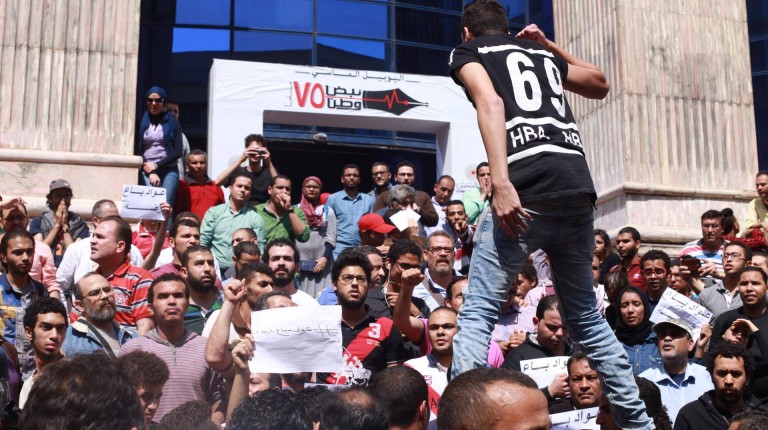 Egypt’s President Abdel Fattah Al-Sisi ratified on Saturday the cybercrime law that was recently approved by the parliament on June, according to the official gazette.

The law is considered to be the first legislation to regulate the cyberspace, including what is published on social media, the activities of Internet Service Providers (ISPs), and regulating websites censorship, in addition to various penalties for cybercrimes, such as piracy and hacking.

Moreover, the newly approved law includes 29 penalties for cybercrimes, ranging from three months to five years in prison and with fines starting from EGP 10,000 and not exceeding EGP 20m.

Article 2 of the law requires ISPs to supply national security authorities with any information they have on users suspected of spreading “terrorist” and extremist ideologies through online platforms.

While, Article 7, which focuses on regulating censorship, gives the authority in charge of investigating cybercrimes the right to censor Egyptian-based or foreign websites spreading propaganda that may threaten national security or national economy.

However, such censorship decisions can be appealed before the criminal court within seven days of censorship of the website, according to article 8 of the law.

In regards to copyrights, article 14 states that anyone found guilty of illegally using the internet or other IT tools to access the copyrighted content of audio-visual channels is to be punished with three months of imprisonment and a fine ranging from EGP10,000 to EGP 50,000.

Furthermore, Article 30 of the law states that imprisonment of at least one year and a fine of EGP 20,000–200,000, or one of them shall be imposed on any individuals found to administer websites, e-mails, accounts, or information systems that commit any of the crimes stipulated in the law.