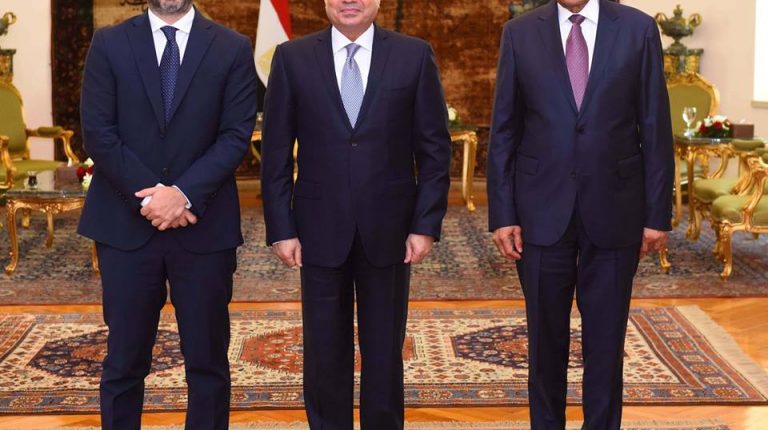 Enhancing cooperation between Egypt and Italy across all levels is of great importance, Egyptian President Abdel Fattah Al-Sisi stressed on Wednesday, welcoming the increase in mutual visits between officials of both countries in the recent period, as a sign of the return of bilateral relations to its normal course.

Al-Sisi’s remarks came during a meeting with Italian Deputy Prime Minister Luigi Di Maio, the meeting was attended by the Minister of Petroleum and Mineral Resources, Tarek El-Molla, Minister of Trade and Industry Amr Nassar, and Abbas Kamel, head of the General Intelligence, and the Italian ambassador in Cairo.

The president affirmed during the meeting his confidence in reaching final results in the investigation of the death of the Italian student Julio Reggini, in light of the state’s strong will to uncover the perpetrators and bring them to justice, pointing to the constructive cooperation between the public prosecution on both sides.

Di Maio expressed the appreciation of the Italian authorities for the development of the course of the case, and the sincere cooperation they have shown to reach the perpetrators and bring them to justice.

The Italian deputy prime minister pointed out his country’s keenness to boost cooperation with Egypt in the coming period, pointing out his admiration for Egypt’s renaissance in various fields and the country’s economic reforms, which started to bear fruit in achieving economic and social progress.

Di Maio expressed that Italy eyes better cooperation in the renewable energy field, as Egypt, is witnessing a boom in solar, and renewable energy projects, which had a global impact on the industry.

The two sides agreed on the need to boost cooperation in the economic and trade fields, especially, in the energy sector, in the light of recent gas discoveries in Egypt and its efforts to be a regional centre for natural gas trading.

“There has not been a single case of illegal immigration from Egypt since 2016 to date,” Al-Sisi said

Adding Egypt carries the burden of hosting millions of refugees, stressing that the country does not host any refugee camps, but the refugees are integrated into Egyptian society full freedom and enjoy services as Egyptian citizens.

On Monday, Italy threatened to veto the next seven-year European Union budget if the EU does not change its tune on migration.

“If the immigration situation does not change soon, a veto will be certain,” Di Maio said in a Facebook post.

In regard to the Libyan crisis, the two sides also agreed on the importance of working towards a political solution, based on rebuilding the state institutions, particularly the national army, parliament and government, maintaining the Skhirat Agreement, and supporting the efforts of the UN envoy.

Rohingya crisis: One year on, still no justice

Lifeline migrant rescue ship ‘not allowed’ to dock in Malta