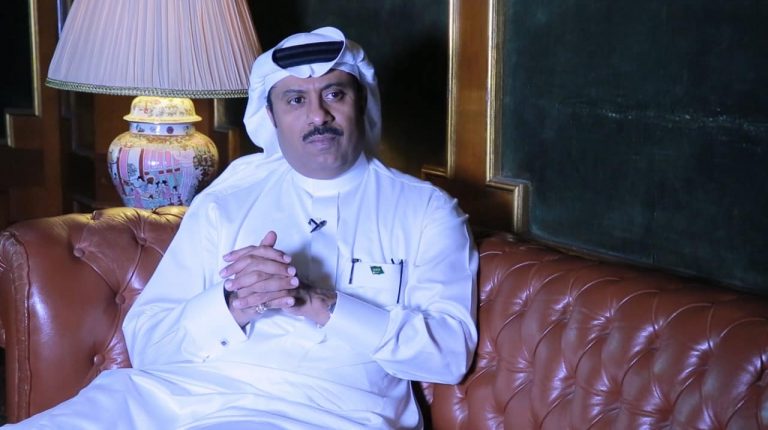 Since Saudi investors’ visit to Egypt in March, several companies were established worth more than $8bn, said the Head of the Saudi Egyptian Business Council, Abdullah bin Mahfouz, in an interview with Daily News Egypt during his visit to Cairo on Monday accompanying the Crown Prince of Saudi Arabia Mohammed bin Salman.

“We believe that Egypt has achieved the highest growth rate in the entire Middle East, including Saudi Arabia and the UAE,” he stated

Bin Mahfouz pointed out that the Saudi investments that flowed in the past months were carried out by a large number of prominent Saudi businesspersons, including Abdulrahman Hassan Sharbatly, Abdullah Al-Othaim, and Khaled Al-Ghamdi, in various fields across different regions, especially the Suez Canal and Sharm El-Sheikh.

He said that the delegation accompanying the Saudi Crown Prince listened to the speech of the Egyptian Minister of Investment and International Cooperation, Sahar Nasr, at the recent Davos in the Desert, conference which briefed the economic achievements of Egypt, recent agricultural and industrial investments, and the opportunities available in southern Egypt.

“We showed interest in investing in the region, which has tourism and mining opportunities,” he added.

Bin Mahfouz noted that, “This is our sixth visit to Egypt since 2013. We want to review the achievements of the kingdom’s investors in tourism, real estate, and industrial projects that were implemented after these visits, as well as discuss opportunities in other sectors, particularly agriculture, mining, health, and education.”

He predicted that Egypt will witness major investments in the health and education sectors in the coming period for their great need for development. He said that these sectors require foreign rather than Arab investment, since foreign countries have the technology and knowledge, as was the case in Jordan.

He added that investment in the health sector requires a clear investment map for the sector that guarantees investors that laws and regulations will not change, such as the new Investment Law, which is valid for 50 years.

He pointed out that serious discussions held between the Saudi and Egyptian governments on a mining partnership, to which the kingdom gave particular importance and allocated huge investments, particularly aluminium, phosphate, and gold.

“Saudi Arabia has finally realised the importance of phosphate, aluminium, and gold mining, and invested $55bn in this sector. The three elements are available in northern parts of Saudi Arabia and southern Egypt, and I hope to cooperate in this field both at the level of governments and private sector,” Bin Mahfouz said.

He said that the Saudi private sector always accompanies Bin Salman in his foreign visits to benefit from investments that can be implemented in various sectors. The current visit to Egypt will seize any investment opportunity to implement new projects.

During its visit to Egypt, the Saudi delegation will focus on investment opportunities in the tourism and mining sectors, as well as projects in the New Administrative Capital and the Suez Canal.

The Saudi-Egyptian Business Council is planning to increase the kingdom’s investments by at least 10% per annum, but this interest is accompanied by a stronger desire for added value for those investments to Egypt, he said. “Saudi investments can only be secured to output high quality that can be exported.”

Bin Mahfouz expressed his desire to boos cooperation in the petrochemical sector. “Egypt is the kingdom’s gate of exporting to Europe by virtue of its foreign agreements. If Aramco and SABIC succeeded in taking an important and strong position in Egypt, the Saudi private sector can invest in medium-sized projects with $50-100m.”

He added that the current period is seeing joint talks for the implementation of pharmaceutical and petrochemical projects. The coming days will witness the signing of some agreements and cooperation protocols between Aramco and SABIC, as well as other companies in the pharmaceutical sector.

He explained that the Saudi and Egyptian companies, if agreed, will implement large projects in the pharmaceutical sector aimed for exporting to Europe and Africa.

“As a Saudi business community, we are waiting for Prince Mohammed bin Salman’s visit because we know that it will witness the signing of several major agreements that will be announced during the visit,” Bin Mahfouz stated.

“We are now using Egypt to enter the European and African markets. We have been very late in expanding in Africa, allowing other countries to reap most of the benefit and replace us.”

He pointed out that there are many areas for partnership, including pharmaceuticals and communications, in Egypt.

He remarked that Egypt is producing high quality medicines but its exports are still very low, and that there are discussions underway to register Egyptian medicines in Saudi Arabia and the UAE at different prices.

Bin Mahfouz discussed the situation of the suspended agreements between Egypt and the kingdom which were signed during King Salman’s visit to Cairo in mid-2016, which witnessed pledges of investments worth $23-25bn.

He said that about $1.5bn out of $2.5bn have been allocated for Sinai development projects, while the remaining funds will be disbursed in 2019 and 2020.

The agreement also includes the implementation of the Taba Road, King Salman bin Abdul Aziz University in Al-Tur in Phase II as well, Al-Gady Road, 13 agricultural projects, and a canal for transporting water to the peninsula.

Bin Mahfouz pointed out that the agreement on the construction of the bridge between the two countries, known as the King Salman Bridge, is subject to the implementation of an international political decision, stressing that it will bring about a qualitative leap in the joint relations between the kingdom and Bahrain.

He added that in order to implement the bridge, some design and construction procedures still have to be completed, noting that all this requires an international resolution and coordination with several countries such as Russia, America, China, and India because it is an international corridor.

“We need to coordinate with those countries before proceeding with implementation. The date for this will be determined by the governments of Egypt and Saudi Arabia.”

The agreements signed during King Salman’s visit included the construction of a bridge connecting Egypt and the kingdom with a length of 30 km and a width of 36 metres, in addition to a double railway line in the middle of the bridge with a width of 11.30 metres allowing the passage of trains at 250 km/h.

According to the agreement, the bridge extends from the north of the Egyptian city of Ras Nasrani, near Sharm El-Sheikh, to the eastern shore of Ras al-Sheikh Humaid, north of the port of Daba, passing through Tiran Island in the Red Sea.

Bin Mahfouz expected to activate the Egyptian-Saudi investment fund, which is included in the agreements, soon, without specifying a date.

He said: “This fund is of particular interest to both countries, because it will push the joint investment to record levels, especially as it will be one of the largest Arab investment funds.”

He added that the activation of the fund is an economic decision and not a political one, and it will include major assets of both countries, so was delayed.

Bin Mahfouz revealed the decision of Saudi businessperson Sheikh Saleh Kamel and 32 other investors in the kingdom to liquidate Gosoor El Mahaba company, whose establishment began in 2014 and was completed at the end of last year with a capital of EGP 6bn.

He said that the company’s operational steps showed no economic feasibility, so it was agreed to be liquidated and allowed all its investors to form smaller companies and invest in all the logistics services provided by the Suez Canal.

“Instead of one company, there are more than 30 smaller companies with a collective capital of EGP 6bn which will afford more success,” he added.

“The company was established with a large capital based on good sentiments and intentions. But the business process showed bad economic viability, so we decided to liquidate, and leave Saudi investors to make individual investment decisions alone with foreign partners to implement projects in the Suez Canal.”

The company was established to invest in Suez Canal services, ship maintenance, and the exploitation of shipping lines, transporting goods between the Suez Canal and Arab and African countries, and providing various logistical services.

He pointed out that the kingdom of Saudi Arabia continues to increase its investments in the Egyptian market, and when it announced in 2017 that there was an increase in investments, it was marketed as a “media talk.” But the fact is that these visits resulted in the establishment of 229 new companies in the period from March and November with capital of $8bn.

“Egypt is a land of goods. It has an attractive environment for investment from God, fertile soil for all countries, attracting Saudi and foreign investments and enjoying great growth,” said Bin Mahfouz.

“Citizens may not feel the impact of these long-term economic reforms, but we as Gulfis look at them and see that they are on the right track, even with the problems of rising prices and foreign currency shortage, but the situation is being properly addressed,” he said.

He continued: “We believe in investing in Egypt more than the Egyptians, who do not believe in it. We achieve greater success. People can follow the results of the work of Gulf companies . Every pound in Egypt is fruitful.”

He pointed to some of the measures taken by the kingdom under its 2030 plan, including the trend towards Saudization of some professions and its impact on Egyptian labour. He said that the number of Egyptians in the kingdom is about 1.9 million, and if some of them return, they will bring benefits to Egypt thanks to the advantageous experience they gained in Saudi Arabia.

“Countries do not benefit from foreign currency remittances abroad as much as they have benefited from the experience they have gained in development,” he added.

He urged the need to amend the Arab-Arab cooperation strategies and should be in large and huge industries such as petrochemicals and mining, while other sectors such as tourism and real estate have not achieved any success at the level of employment.

As Davos WEF Annual Meeting 2019 concludes, here is some of the top highlights

Four petrochemical projects with $1.5bn investments to be implemented: El-Molla