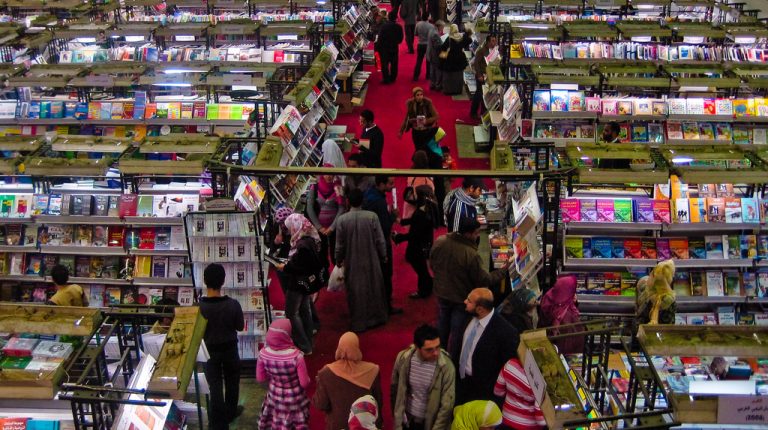 Almost a week after it opened its doors to the public, the 50th Cairo International Book Fair (CIBF) hosted over one million visitors.

Haitham Al-Hajj, the head of the General Egyptian Book Organisation, informed the local media newspaper, Al-Shorouk, that until Monday over 1,450,000 visitors attended the book fair’s Golden Jubilee, explaining that Monday witnessed the flow of 165,000 visitors into the fair.

The CIBF started on Wednesday, and will last until 5 February.

The Arab League is the guest of honour of this year’s edition, which is dedicated to commemorate the Egyptian veteran writer Tharwat Okasha, and the prominent literary figure Suhair al-Qalamawi.

The fair provides 723 exhibition halls for a total of 1,274 exhibitors. The new venue was built on an area of 24,000 square metres, of which a large area is allocated for low-price books of up to EGP 10.

The Ministry of Culture supports peoples’ commute to the book fair through seven bus lines which cover Cairo. Each line has 10 buses, with a 15-minute gap from one to another. The prices of bus tickets reach EGP 5-8.

Publishing industry still suffering with hopes for recovery in 2019: head of EPA