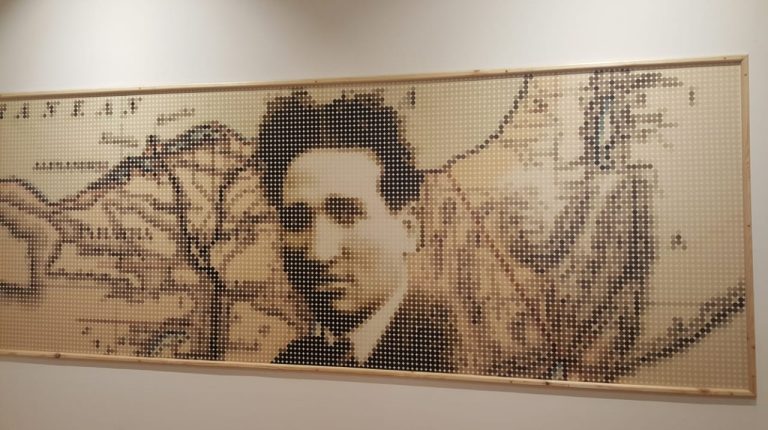 The AUC’s 1919 Revolution’s celebration also witnessed an art exhibition, held by the graphic design students who presented their vision of the revolution and Sayed Darwish’s songs in modern and digitised photographs taken for the marches which were saved among the authentic documents at the Rare Books and Special Collection Library. 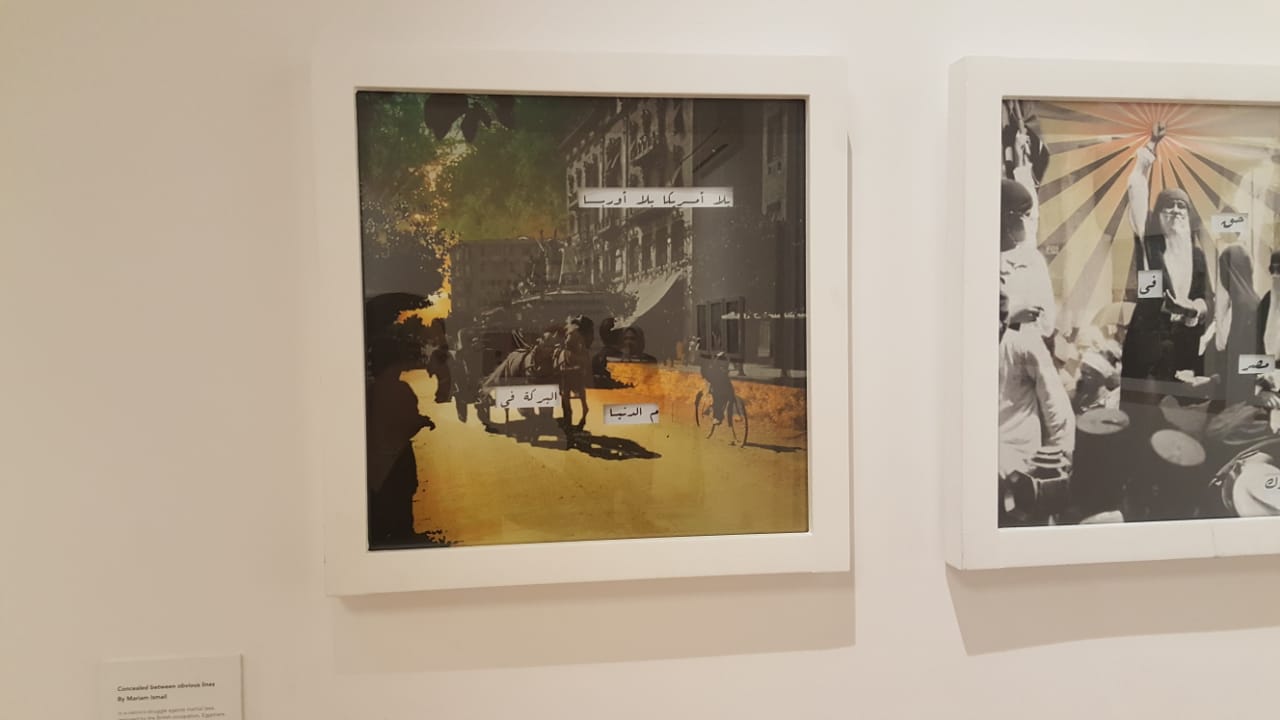 The students were assigned to listen to Darwish’s 23 main songs which featured the social conditions, to present a different angle on each of them.

Mariam Ismail, a senior graphic design student, portrayed Darwish’s women empowering song Aho Da Elly Sar “This is What has come to be”, through a picture of women’s protests supporting Saad Zaghloul.

Through the black and while picture, visually effected by the warm colours of the sun, Ismail portrayed how the veteran artist’s song played a huge role in depicting women’s liberation during the era.

“Listening to the songs of Sayed Darwish and looking at the archived pictures, I could not help but notice that hope was the only thing that kept Egyptians going in such a chaotic and hard time. So that is what I wanted to focus on with my art,” Ismail told Daily News Egypt. 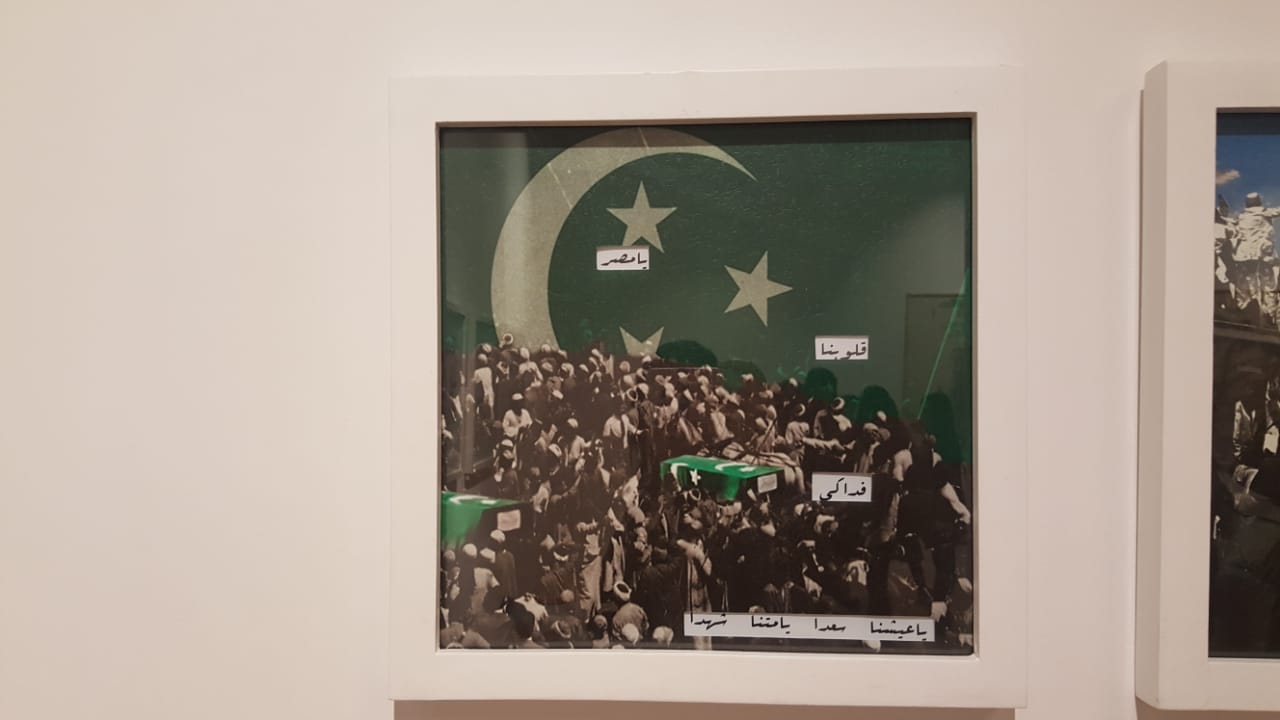 With the use of warm bright colours, Ismail highlighted the hopeful words of Darwish’s songs in her featured photographs.

“Darwish’s songs had lyrics which revoked hope, even if they have nothing to do with the theme of the song, so that is what I wanted to highlight.” she asserted.

Each of the students worked for half a semester to bring out 23 artworks for each song, in order to include each song’s tackled angle in the exhibition.

Naglaa Samir, the AUC’s associate professor of practice at the Department of the Arts, stated that she never believed that she will have to choose a number from the 230 artworks which she was handed.

“The moment I saw them, I came to decide that we must showcase such creative work at an exhibition,” she said, adding, “each of the students tackled the heritage from a different angle, to finally launch an exhibition tackling almost all aspects of the 1919 Revolution.”

Eleventh Egyptian-Finnish Musical Bridge is back