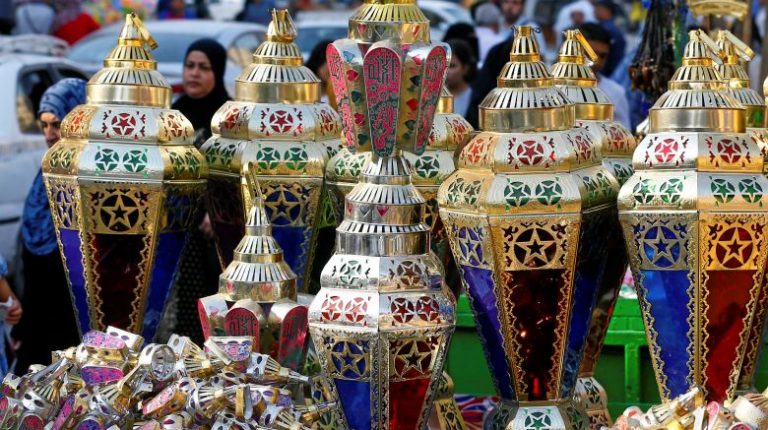 The month of Ramadan has been associated with a number of customs which differ from other months and add joy to Egyptian houses and streets. People still cling to the revival of these old customs because they became rituals related to the holy month. Among these are the “Ramadan Lantern” which families are keen to acquire and decorate houses, shops, and balconies with. Lantern means lamp and is called Fanoos in Arabic. 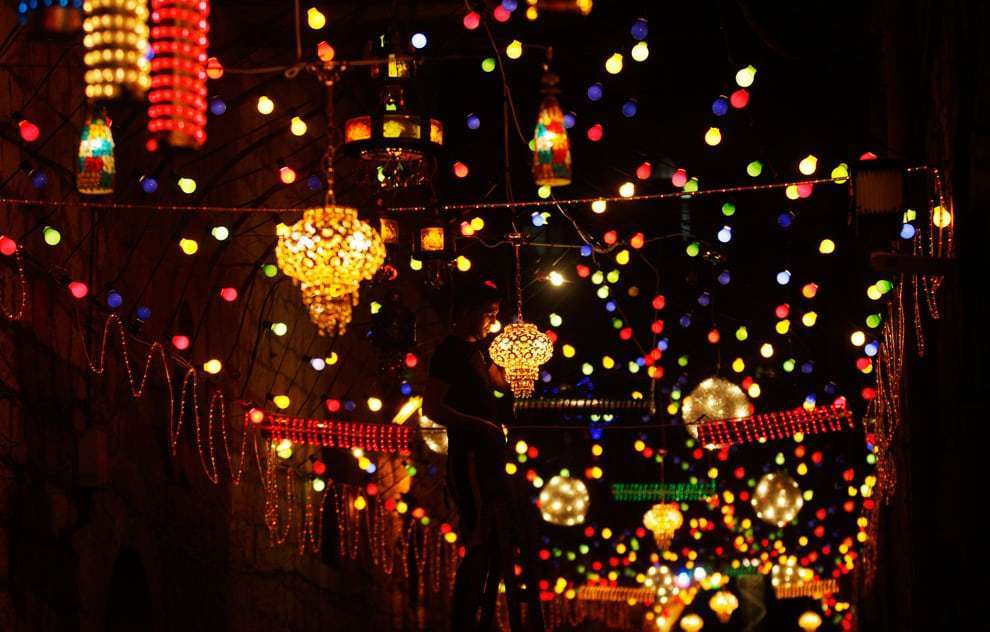 But the question here is about the origin of the lantern, which was used by people as a special means of lighting especially when going to mosques at night and then it transformed into a Ramadan tradition.

In Islamic history, you find that Egyptians are the first to invent the idea of the “Ramadan Lantern” where it dates back to the era of the Fatimid state to then move from Egypt to all countries of the world. The Fatimid caliph used to go out on the night before Ramadan along with children, each of them carrying a lantern to light the way as they sang in celebration for the holy month. In another story, one of the Fatimid caliphs ordered the lighting of mosques throughout the month of Ramadan with lanterns and candles. It is also reported that lanterns were used by women on their way to the mosques, and they are led by a young man, so that the passers-by will notice that there are women on the road, and give them right of way.

The origin of the lantern was associated with the presence of the Mesaharaty who walked the streets, calling on sleepers to wake up to eat the suhoor (last evening meal before fasting). At that time, he walked the streets with a young child carrying a lantern.

Another story is that the lantern is a Coptic tradition associated with Christmas, where people used it and used colourful candles to celebrate Christmas.

But it is historically clear that the lantern industry started in Egypt in the Fatimid era and there was a group of craftsmen who manufactured and stored it until the month of Ramadan came. Al-Maqrizi says in his book: “He gathered five hundred craftsmen in Fatimid Cairo neighbourhoods before the month to make lanterns.” 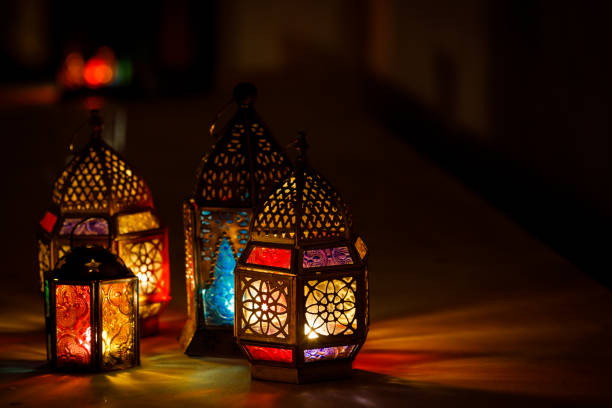 The lanterns were often made of copper and the less expensive types from tin and coloured glass with a wooden base to place the candle in, with the addition of decorations and hand engravings.

The lanterns were placed on a tin box with a candle in it. The glass was then fitted with tin and some of the openings that made the candle continued to ignite. Then the glass, metal, and wood were developed. The glass was coloured in different colours, which is refined in different workshops and shaped in the form of a lantern, and different forms of lanterns and sizes with time became lit by the wick and oil. It continued evolving to take many shapes until it reached the current plastic one and those battery-operated ones.

Then the electric lantern appeared, which depends on a battery, and a lamp instead of the candle, and there are also lanterns with songs.

We cannot say that the lantern industry is a seasonal industry, but it goes on all year with lanterns to of different shapes, stored for sale during Ramadan.

Cairo is considered one of the most important Islamic cities where the lantern industry flourishes and there are certain areas famous for manufacturing lanterns such as the area near Al-Azhar and Al-Ghouriya, Bab Al-Sha’riya, and Sayeda Zeinab. 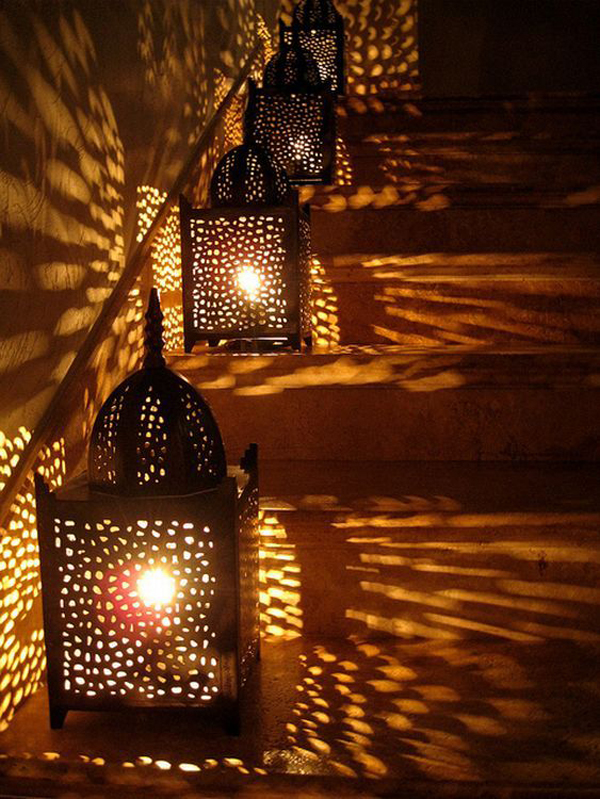 The most famous names in the world of lanterns is the “Parliament” which was named after a similar lantern was used to decorate the hall of the Egyptian Parliament in the 30s of the last century, as well as the lantern called “Farouk,” which bears the name of the former king of Egypt, which was designed to celebrate the royal palace on the birthday of King Farouk. About 500 lanterns were bought on the day to decorate the royal palace.

Lanterns have been called by many throughout history such as Abu Hushwa, Abu Sharaf, Abu Al-Walid, etc. The reason for these tales is that the craftsmen who designed these lanterns were keen to write their names on them.

Although the majority of stories recount that the launch of the lantern industry is in Egypt, but its association with Ramadan over time spread throughout Islamic countries, to become a manifestations of the holy month of Ramadan.

In the city of Jerusalem, for example, the Old City market and the Bab Al-Wad road, especially are designated for the iron lanterns with hand-painted and decorative stained glass, where they are sold during the month of Ramadan and despite their expensive prices, they are very popular, and families are keen to buy them.

Songs related to the lantern:

One of the most ancient customs which currently disappeared was that of the children holding lanterns and walking the streets singing.

The song Wahawy Ya Wahay was written by the poet Hussein Helmy Al-Manstrali, born in 1892, who worked in the ministry of education. He has a palace in Manial El-Rawda. He wrote many folk songs and monologues. The song is composed by Ahmed El-Sherif and by singer Ahmed Abdelkader.

The word Wahawy is an ancient Pharaonic word meaning of gold or flight, and the word (Ayouh or Ayah) means the moon or crescent, and the song was a greeting to the moon, and since the Fatimid era a special greeting to the crescent of Ramadan. And there is another opinion which says that the words of the song are Pharonic and were translated in Arabic to mean ‘Shine Moon’ and is repeated to express celebrations. It could be also translated to “O what a shine, moon.”

“Ramadan Kareem”: the diaries of a simple Egyptian district