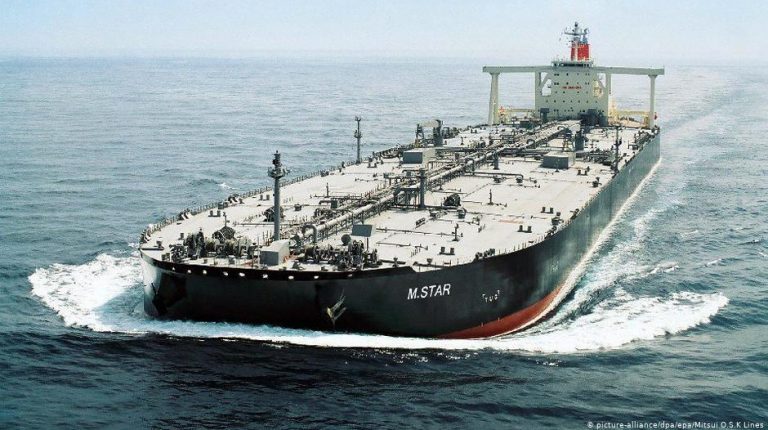 US President Trump’s national security adviser did not provide evidence but claimed Iran was behind attacks on oil tankers in the Persian Gulf. Tehran called the accusation “laughable.”US National Security Adviser John Bolton said on Wednesday that Iran was likely behind the attacks on four ships off the coast of the United Arab Emirates earlier this month.

Bolton made the remarks in Abu Dhabi, during a visit to the Emirati capital "to discuss important and timely regional security matters."

Bolton, known for his hawkish stance on Iran, alleged that the four ships were attacked by "naval mines almost certainly from Iran." He did not offer any details or evidence to back up the claim.

Read more: Iran nuclear-deal crisis: Is war with the US ahead?

What we know so far:

On May 12, the United Arab Emirates claimed that four oil tankers were attacked in the strategic port of Fujairah, UAE.
Fujairah is the only port on the Arabian Sea coast that bypasses the Strait of Hormuz, through which most oil exports pass on their way from the Persian Gulf.
Saudi Arabia said two of its oil tankers were "significantly damaged" and reported an attack on its east-west pipeline by Yemen's Iranian-backed Houthi rebels on the same day.
Saudi Arabia accused Tehran of ordering the pipeline attacks, targeting "the security of oil supplies… and the global economy."
Neither Saudi Arabia nor the UAE provided details on the oil tanker attacks or accused anyone of responsibility.
A team from the UAE, Saudi Arabia, the US, France and Norway are currently investigating the incident.
The United States initially said it was "quite possible" that Iran was behind the alleged attack.
Iran has denied any involvement in the incident

"There's no doubt in anybody's mind in Washington who's responsible for this," Bolton said.

"Not going to get into the specifics. That's something the ship owners and the countries involved will release at their discretion," he added, in reference to the ongoing investigation.

"The point is to make it very clear to Iran and its surrogates that these kinds of action risk a very strong response from the United States," he said.

Bolton also told reporters in Abu Dhabi that he saw "no reason" for Iran to back out of the nuclear deal with world powers other than to seek atomic weapons. Last year, Trump unilaterally withdrew the US from the accord; the US has since sought to force other countries to halt trade with Iran.

US pressure on Iran

Earlier this month, the US had tightened sanctions on Iran, designated the country's Revolutionary Guard as a terrorist group. The US also deployed an aircraft carrier to the Middle East.

In response to the oil tanker attacks, the US announced a boost of some 1,500 soldiers to the region as "protection," and pulled its nonessential diplomats out of Iraq.

Bolton said on Wednesday that Washington planned to bring in engineering capabilities "to help harden facilities associated with US and partner military bases," amid concern about potential threats from the overseas arm of Iran's Revolutionary Guards.

The Iranian government has labeled US moves "psychological warfare" and a "political game."

On Wednesday, Tehran strongly rejected Bolton's accusation it was behind the alleged ship attacks.

"Making such laughable claims… is not strange" coming from Washington, Foreign Ministry spokesman Abbas Mousavi said in a statement.

"Mr. Bolton and other warmongers and chaos seekers should know that the strategic patience, high vigilance and complete defensive readiness of the Islamic Republic of Iran … will prevent the fulfillment of their evil desires for chaos in the region," Mousavi added.

Nonetheless, Iranian President Hassan Rouhani also said on Wednesday that he still was open to negotiations between the two countries.

"The road is not closed for them, whenever they put aside their cruel sanctions and return to the negotiation table that they left," Rouhani said.

Each evening at 1830 UTC, DW's editors send out a selection of the day's hard news and quality feature journalism. You can sign up to receive it directly here.

US calls for coalition to safeguard seas off Iran, Yemen