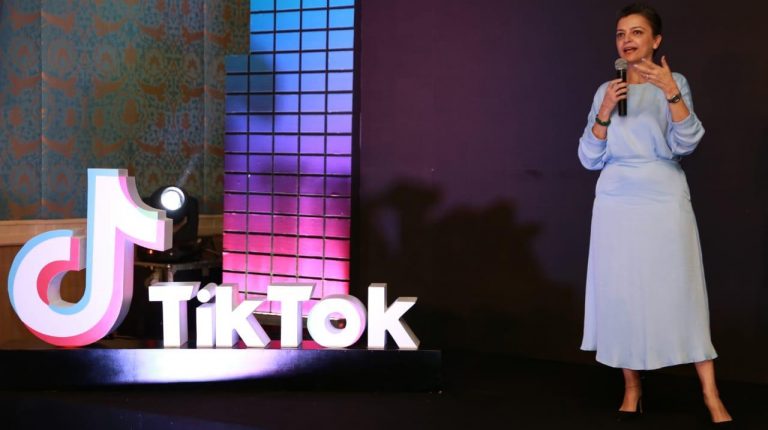 Celebrating its huge success in Egypt, Tiktok – a social media video app – launched its first event in Cairo highlighting its achievements in the Egyptian market. The short-video platform has recently become one of the most popular applications in the Middle East and the world, leading the scene of personal vlogging.

TikTok hit the world in August 2018, offering users various options in the field of videography through a number of easy-to-use video-capturing and editing tools. It, further, offers users a wide range of filters and effects which adds on the entertainment element of the videos they bring out.

“As a very new platform, we have grown rapidly especially in Egypt. We have witnessed a tremendous growth at the 6-12 months,” Tiktok’s Regional Communications Director in Africa and the MENA, Gita Ghaemmagham, told Daily News Egypt.

Ghaemmagham highlighted that Egypt is among the three main countries in the Middle East, which witnessed the biggest interaction with the application, and growth market.

“Egypt, Saudi Arabia, and the UAE are the most three important market for us currently,” she pointed out. “Egyptians can easily express themselves through the app. That led us to -within a year- have a huge number of content creators, influencers, as well as normal consumers from different ages.”

TikTok is currently one of the most downloaded mobile applications at the Google play and Apple store. It is available in 150 markets and 75 languages.

Despite not stating the exact number of TikTok users in Egypt, Ghaemmagham assured that it is growing massively leading to the increase of monetisation rate. She also explained that the music is the most used genre by the app users within Egypt.

“We are currently looking for ads, and to collaborate with the brands, in order to be able to connect them to their target audience,” she added.

As part of a global initiative #TikTokTravel, Egypt was one of among over 100 countries to be included in the campaign that saw users share over 400,000 videos of authentic travel moments that received a total of 1.7bn views. Using the hashtag of #No_Place_Like_Egypt, around 2,000 videos were streamed garnering

TikTok collaborates with Met to revive its art work legacy