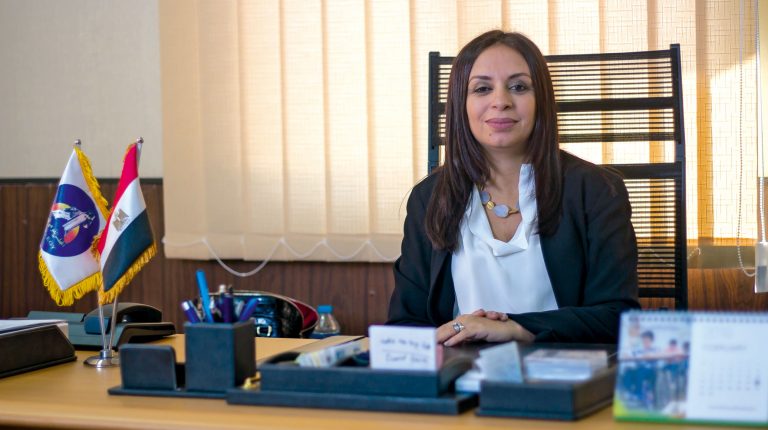 Throughout history, art has always been the centre of debate between advocates of Mimesis and Anti-mimesis, where pro-mimesis believe that arts are an imitation of life, as Plato and Aristotle spoke of mimesis as the re-presentation of nature. While, anti-mimesis such as Oscar Wilde, believe that”Life imitates Art far more than Art imitates Life.” We see this again days after the recent release of a song called Salmonella on Youtube, which has been causing great controversy on social media. Some say that the video presents a problem in a lite and funny way, while others think that this song spreads and encourages sexual harassment.
Salmonella is written and performed by Tamim Younis, an Egyptian Comedian and artist, who is best known for his work as an advertising director, before entering the field of comedy, the most remarkable of his comedy programmes is “Abla Fahita.” Younis’ controversial song also features Mahmoud EL Asiily, the Egyptian singer.
During the clip, Younis tells the story of his admiration of the girl. So much so that he decides to propose. However, when he proposes, she turns him down. After the rejection, the hero’s behaviour changes from intense romance to intense violence, making fun of the girl, saying a series of sarcastic insults, as well as disrespecting her to other people, in addition to repeating the phrase of “This will happen when you say No,” adding that if she were to say yes, her life would be better.
On Monday, the National Council for Women (NCW) announced that it presented a complaint to Google’s management team, calling for suspending the broadcast of the clip. The NCW stated on a press statement that the song carries a message that insults women and diminishes their rights, in addition to that the song encourages bullying.
“The song is also a blatant incitement to women’s abuse. It also contains expressions that don’t keep pace with public morals, in addition to that, it encourages the crime of insulting and slandering through electronic communication sites per the Penal Code,” the NCW explained.
The NCW said that the policies for publishing on websites have some rules, the most important of which is “prohibiting the publication of content that promotes hatred, supports, and justifies the hateful practices against other members of society.
In response, Younis appeared in a Facebook video denying all the accusations of encouraging violence against women. He defended the clip by saying that the song is making fun and criticising the type of men who, after rejection, turn from romantic to violent towards the girl, assuring that he was just joking and that he loves joking.
After calls from the NCW for suspending the clip, and the response of Tamim, the feminist community and its critics divided into two groups, in which some agree with the call of the NCW to suspend this clip while others see that Tamim highlighted a problem but in a funny, sarcastic way.
Commenting on the clip, Founder of Scream, an anti-Harassment initiative, and Chair of the Conservative Party’s Women’s Committee, Dalia Fakry told DNE that the song lyrics are crude and disgusting, and that is also fed into the idea that due to a woman’s refusal, a man is allowed to respond by insulting the woman, and encourages violence.
She continued that despite the song’s lyrics, Tamim’s insistence on gaining the girl’s love and then his immediate tarnishing of her reputation after she refuses is making fun of the overall situation nor does it give any clear commentary on the issue. It just mimics what men do in reality without giving any repercussions on the matter.
“Even if he was just making fun of this type of man, unfortunately, our society does not understand this kind of hidden meaning, as our youth do not have enough awareness. So instead, what they’ll take from this song is a man’s inability to accept rejection and to handle that. Everyone will now change the way they will deal with rejection depending on their understanding,” she said.
Unlikely, she mentioned that sometimes women in Egypt encounter violent incidents, such as threats and intimidation due to refusing a marriage proposal, but society would usually classify this as a rude incident. However, now she is worried that this art encourages this violent behaviour and that Egypt will witness more of these sorts of incidences.
Agreeing with Fekry, Nihad Abu Al-Qumsan, lawyer and head of the Egyptian Center for Women’s Rights, criticised Tamim’s song on her Facebook account, explaining that it was racist against women and a derogation from women`s rights and a way to bully them.
On the other hand, Gawaher Eltaher, Lawyer and Director of the Access to Justice Programme at the Centre for Egyptian Women Legal Assistance, told DNE that the song carries no message of sexual harassment. On the contrary, it discusses and highlights the problem that a lot of girls face when rejecting marriage proposals.
“I think the song’s release came at a bad time since, on the same day, a video was released showing a girl being subjected to terrible sexual harassment in El-Mansoura. So many people liked the accident to the song,” according to ElTaher

Commenting on the NCW`s calls for suspending broadcasting the song, Eltaher thought that the action is considered a violation of our freedom to opinion, believing that stopping the broadcast is not the solution and that the NCW should call for an open discussion with the writer.
“I think there are more important issues than the song, that the NCW should take action over,” she commented.
Agreeing with ElTaher, a Doctor in Faculty of Mass Communication who prefer to remain anonymous, told DNE that whoever studied directing knows well that the director convey a clear message through shooting and directing techniques, explaining that the clip`s team want to discuss the problem of how some men deal with the rejection but in a funny way.

9 out of 10 Egyptian women receive harassment calls or messages: Truecaller

Egypt celebrates its own women`s day on 16 March

Egyptian women in a decade: the turbulent path towards empowerment