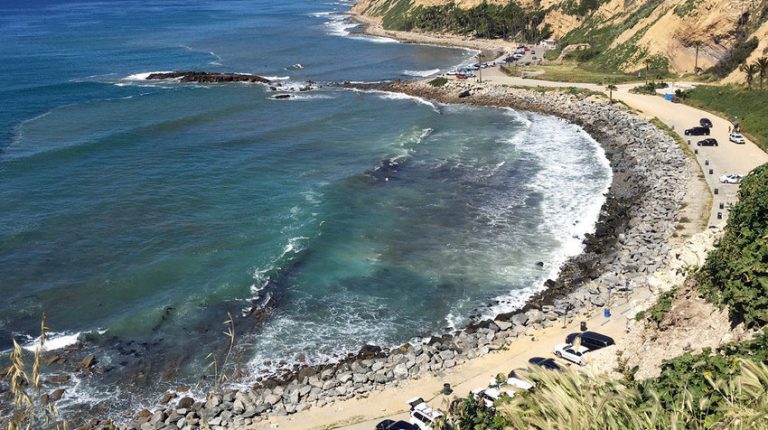 The world’s beaches represent an interface between land and water, and provide protection for coasts from marine storms and hurricanes, but a new study by the European Commission’s Joint Research Centre indicates that without mitigating the effects of climate change and adapting to it, half of the world’s beaches will be vulnerable to erosion by the end of the century. 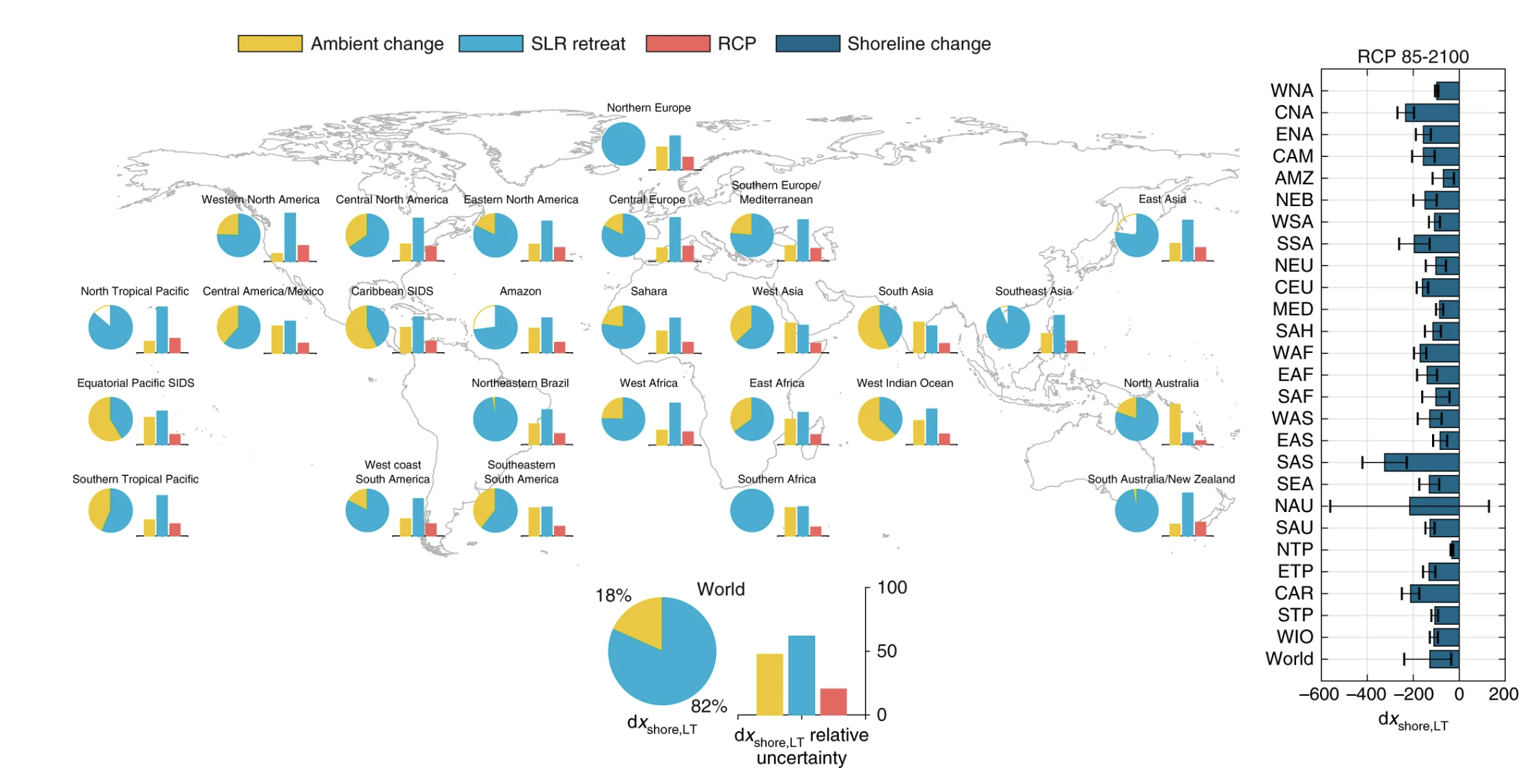 Erosion of sandy beaches will endanger wildlife and may cause heavy losses in coastal cities that no longer have buffer zones to protect them from rising sea levels and severe storms. In addition, coastal erosion increases the cost of governmental measures to mitigate the effects of climate change.

In the study published last week in the journal Nature Climate Change, researchers expect erosion to destroy 36,097 km, or 13.6% of sandy coasts around the world, including the Egyptian coast, within 30 years. The situation is expected to worsen in the second half of the century as 9,561 km, equivalent to 25.7% of the world’s beaches are estimated to be eroded.

The study provides forecasts of the shoreline’s shape between the years 2050 and 2100. It links changes in the shoreline directly to climate change based on the concentration of greenhouse gases according to the Representative Concentration Pathway (RCP) approved by the Intergovernmental Panel on Climate Change (IPCC). Thus, the study aims to calculate shoreline changes globally based on the ratio of greenhouse gases in the atmosphere.

In the latest report of the IPCC in 2019, scientists studied the greenhouse gas concentration pathway and expect that, by 2100, if countries in the world do not comply with the terms of the Paris climate agreement, average global sea levels will rise between 61 centimeters to about one meter. 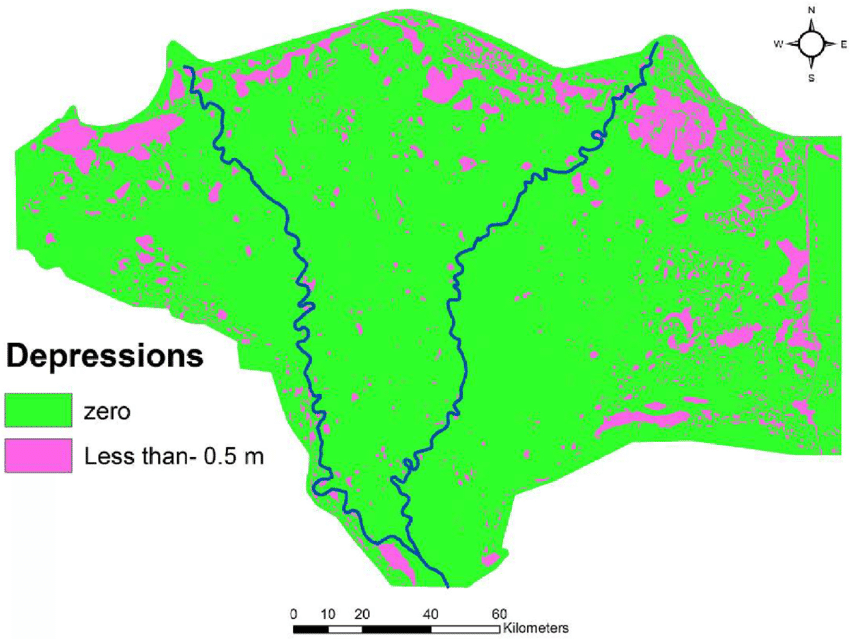 Based on the RCP of greenhouse gases, the study assumes two scenarios for melting ice surfaces. According to the first scenario, if the world continues to emit carbon at the current rate, sea levels will rise by about 80 cm, which means the coastline will decrease by 128.1 meters, and threatens to sink 131,745 km of beaches.

According to the most optimistic scenarios, sea levels will only rise by 50 cm by 2100, and the average coastline retreat will be 86.4 meters if governments adhere to international agreements to reduce emissions and reduce carbon dependence. According to the results of the study, up to 63% of the world’s low coastal areas will be threatened by flooding due to sea level rise and severe storms.

“Climate change will exacerbate the effects of coastal erosion processes, which threatens densely populated areas,” said Michalis Vousdoukas, a researcher at the European Commission’s Research Centre and lead author of the study.

He added that in the best scenarios, Egypt will lose between 35.1% to 50.5% of its sandy beaches due to erosion, which means the erosion of about 1,000 km of Egyptian sandy beaches. The percentage is likely to be even higher in countries like Saudi Arabia and Libya.

Hisham Elsafti, a coastal engineering consultant, and instructor in coastal engineering at Braunschweig Technical University in Germany, explained that according to the study’s expectations, the coasts of the Nile Delta will retreat by more than half a kilometer at the end of the century due to geological and hydromorphological factors.

But Jeffrey S. Kargel, a senior research scientist at the University of Arizona, believes that although the methodology of the study is good and its conclusions are valid, it did not take into account some detailed changes. These changes include the sediment supply and the increase in the production and transport of sand and silt due to the increased melting glaciers, increased surface runoff of corrosion and more sediment supply from expanded agricultural areas, increased sediment supply from dam construction, and reduced sediment transport due to dams in many parts of the world.

Kargel explained that the melting glaciers do not directly affect Egypt, but affect places like Greenland and Alaska. “Construction of dams is the most important for Egypt due to the construction of the High Dam in Aswan, and then there will be a giant reservoir for the huge dam in Ethiopia,” he said.

He added that “when the silt is blocked by reservoirs, this will be an obstacle to the construction of the delta areas, and thus the delta will drop and seawater will submerge its coast with its cities and villages, which will represent a major problem for Egypt.” But he believes that the Egyptian Delta, despite the problems it faces, is “lucky” because it is not subject to hurricanes.

A previous study by the American Geological Society, published in May 2017, indicated that Egypt is one of the countries most affected by climate change, and that between 20 to 40 km of the coast of the Nile River Delta will be flooded with seawater by the end of the century, due to Sea level rise.

Vousdoukas added that the UK expects to lose 27.7% of its sandy beaches, according to the best estimates, and 43.7% according to worst case scenarios. Australia is also expected to be the most affected, as about 15,000 km of its beaches are at risk, followed by Canada as one of the most affected countries, then Chile, Mexico, China, and the United States. It is also expected that more than 680 million Indian citizens living in the low-lying coastal region will be affected by the coastal erosion and climate change.

“The study provides first-of-its-kind forecasts regarding sand beach erosion, taking into account human interventions as well as the effects of climate change and natural factors,” said Vousdoukas. The researcher explained that there is still a glimmer of hope as it can reduce greenhouse gas emissions to prevent 40% of the coastline retreat, but this requires an international commitment to the Paris Climate Agreement and related protocols, and requires some coastal protection measures to protect populated areas.

Elsafti, however, believes that Egypt should work on two main axes to avoid the negative effects of climate change and protect the beaches. The first is the effective contribution to calls to reduce greenhouse gas emissions, and asking major industrial countries responsible for the problem to contribute more effectively to solving the problem by increasing contributions in initiatives such as the Green Climate Fund, which is already participating in funding studies and work to protect Egyptian beaches.

“The second axis is a scientific axis, as Egypt must increase the funding of scientific studies that cross the disciplines required to find engineering solutions suitable for the Egyptian environment and prepare to change the planning of cities and coastal areas and their uses to adapt to the effects of climate change,” Elsafti said.

Trade unions give workers strength when fall in confrontation with employers: ILO